Escape an ancient evil on the cruise ship from hell.

Dread Nautical begins in the bowels of a cruise ship taken over by an evil force with little hope for salvation. The majority of the passengers have already been lost as most have turned into a horde of monsters scouring the ship for flesh to feast. Only a handful of survivors remain trying to avoid death, whether it be at the hands of a thrall or due to the dwindling number of supplies. The only hope of survival is to contact the outside world for assistance, unfortunately the only means of calling for help is the ship's foghorn, and its activation triggers a reaction that causes the survivors to lose consciousness and awaken back in the hold, doomed to repeat the groundhog day from hell. 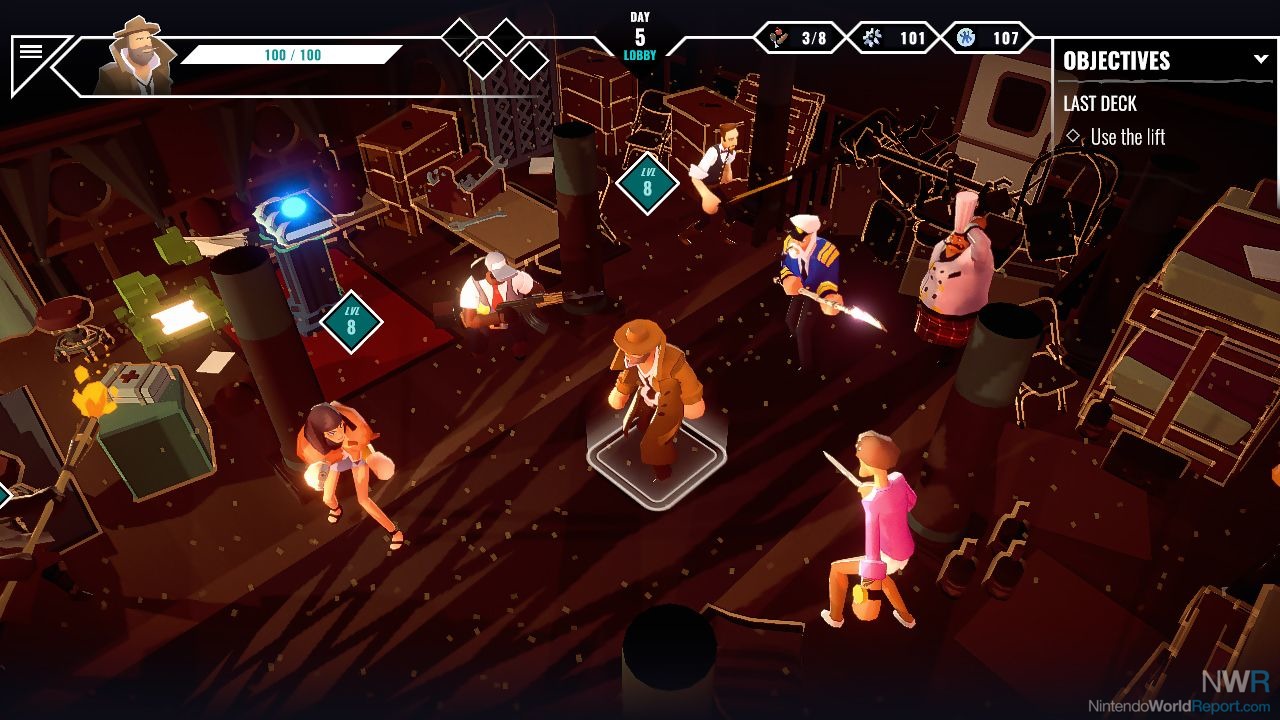 After choosing one of four main protagonists, the adventure begins with an explanation of the current situation from a survivor named Jed in the safety of the cargo hold. He explains that supplies are running out, and someone needs to travel to the decks above on the lookout for food, weapons, and a means of contacting the outside world for help. Each of the main characters have different abilities and perks which certainly helps with replayability. Whether you prefer to fight your enemies up close and personal, from a safe distance, or if you prefer safety in numbers by recruiting the remaining survivors, each hero provides a unique bonus to gameplay.

The gameplay comes across as a turn-based tactical RPG with a roguelike feel to each level. Each deck contains a number of different rooms that can be explored in search for the necessary supplies to survive. The view is isometric and movement is achieved by selecting a square on the map in which you’d like the party to walk to. The objective to each deck can fluctuate or change on the fly. The hero may start out simply looking for the foghorn to call for help but the appearance of another survivor may require certain conditions to be met before blowing the horn. The deck ends once the horn has been blown and the hero’s party awakens back in the hold but with access to a new deck.

It wouldn’t be a ship from hell if there weren’t monsters roaming around looking for their next meal. In rooms with an enemy, the gameplay switches to turn-based combat which is determined by each character's action points. Any action has a cost, whether it be movement or combat. Each weapon also has an amount of action points required to use it, smaller weapons such as a pipe or broken bottle may only require 1 or 2 points, but larger weapons like spiked bats or golf clubs require 3. The hero begins the turn and once their party has exhausted all of the available moves, it's the monster's turn to try to take a chunk of flesh.

The combat in Dread Nautical is really fun and requires a good deal of strategy the further you get into the game. New enemy types are introduced very regularly and become progressively harder to take down as each new deck is unlocked. Basic enemies such as Thralls are fairly easy to take out unscathed but the appearance of enemies with a ranged attack or those that can take a higher amount of damage require thought and preparation. Further strategy is required in the case of what to use to dispatch an enemy as all of the weapons have a limited use and must be repaired in order to reuse them. 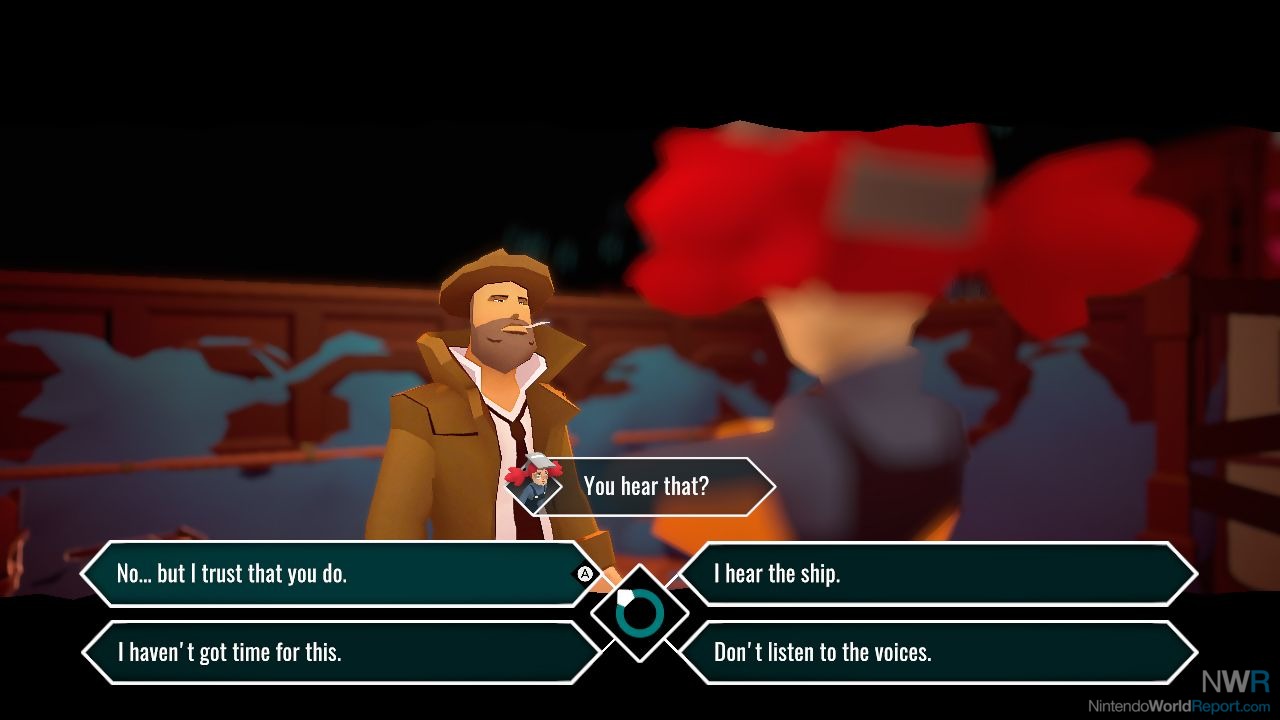 The strategy doesn’t end with just combat or inventory management as Dread Nautical also features a relationship mechanic with the numerous NPCs found throughout the ship. All of the characters have their own personalities and have a meter that is affected by the responses chosen by the hero. Make them angry and they’ll feel less inclined to help you, respond positively and they could provide useful resources and potentially join your party when a high enough affinity has been met. An element of risk and reward is prevalent since taking on more survivors also means more mouths to feed. When survivors become hungry their performance is affected which can result in stats declines such as lower health and action points.

The entire presentation of Dread Nautical is pretty impressive. Apart from some longer load times, the engine runs rather smoothly even with a large number of characters in a given area. The artwork is colourful and interesting though the minimal variety of rooms to explore does feel repetitive after a while. New room types are unlocked the further you go but generally speaking each deck has the same staple of room types for the majority of the map.

They may not have moving mouths but each of the characters of Dread Nautical has its own voice acting. Most of the characters follow a predictable archetype whether its a Scottish sea-captain or a Japanese member of the Yakuza, but the voice acting is done well enough to overcome their tropes and provide genuinely interesting dialogue.

The indie scene on Switch in 2020 has been pretty hit-or-miss so far with no clear standouts as of yet. With its engaging story and enjoyable combat mechanics, Dread Nautical has the potential to make a splash on the Nintendo handheld. Even after making it through the demonic ship, there’s enough variety and a strong enough combat system to encourage multiple playthroughs.