Whether it’s a rhythm game or a platformer, “flow” is a nebulous and important video game gameplay concept. Super Mario Bros. features flow, as Mario’s running and jumping link together as you avoid obstacles. Shoot-’em-ups have flow, as you nimbly dodge bullets and defeat enemies. Character action games like Bayonetta essentially require flow as you move from enemy to enemy chaining together combos. Vertex Pop’s second Switch game Super Crush KO flows from the inspiration of those styles of games, creating a pulse-pounding and optimistic side-scrolling character action game that is dazzling and delightful. 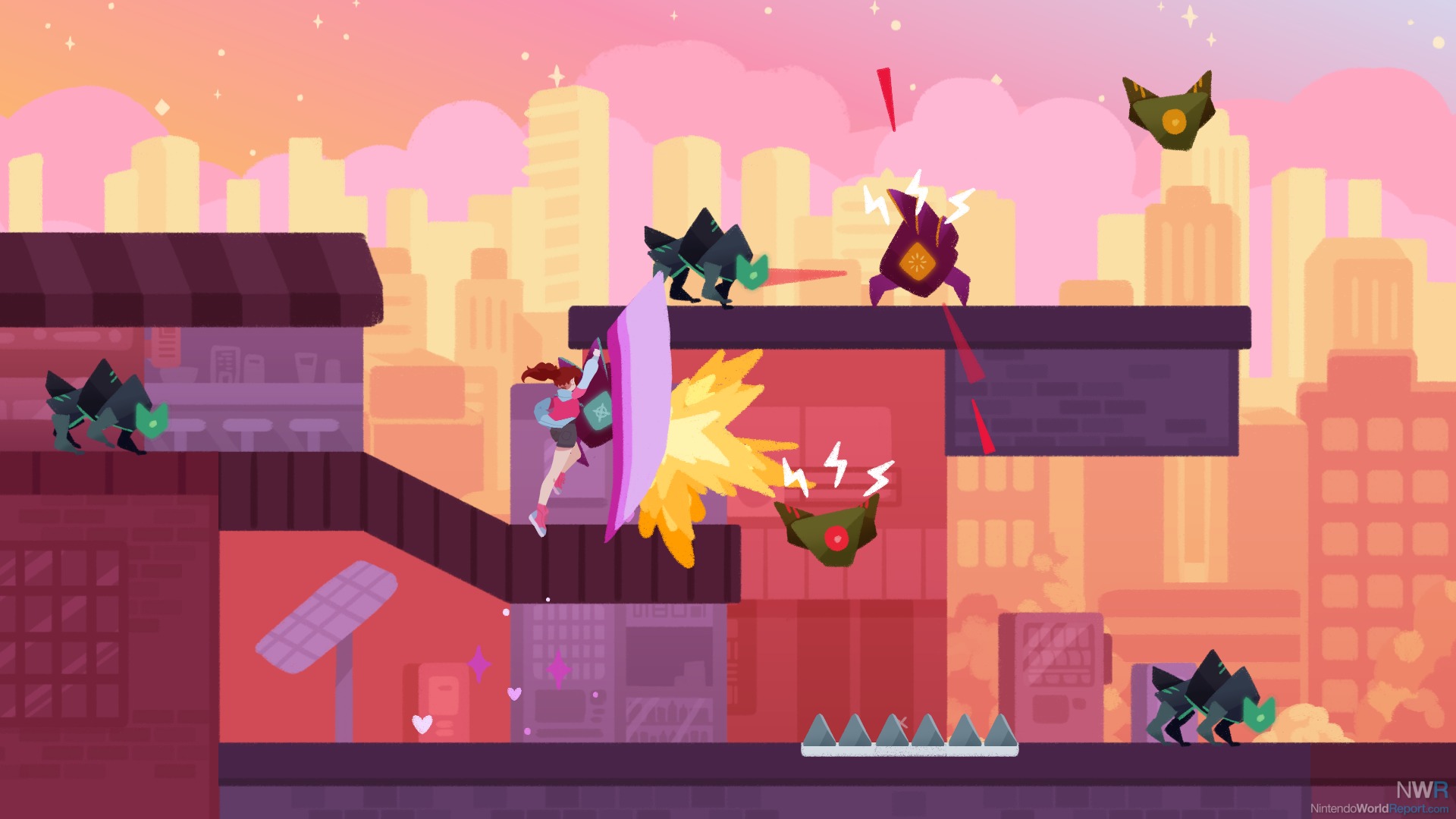 Bright colors make this game stand out from the get go, as you play as Karen who, uh, chases a robot lady named Ann after Ann steals her cat and sends a bunch of robots after her. It’s a nonsense story, but interstitial scenes give it enough playful depth and a touch of heart. The narrative does a good job of setting up the experience, though, as you’re dropped in as a woman wearing what resembles a windbreaker and jean shorts who uses her fists and feet to pound the crap out of robots.

Each stage is a series of linked combat arenas with a few platforming and puzzle segments thrown in for good measure. Structurally, it is highly reminiscent of how a PlatinumGames-style game works as the stages all have deliberate areas where you are fighting for a ranked medal that then factors into an overall score for the level. The combat ultimately doesn’t have the complexity and variety of a 3D action game, but it’s impressive how much Super Crush KO evokes its clear inspirations. Karen’s basic options are melee combos and a ranged gun, while a power-up meter controls and limits a variety of other special moves, such as an uppercut that juggles enemies or a powerful ground pound. Dodging is mapped to a button press, which is integral especially as enemies unleash attacks that can’t be interrupted by a punch. Everything is laid out over the first few stages in a rather effective tutorial. 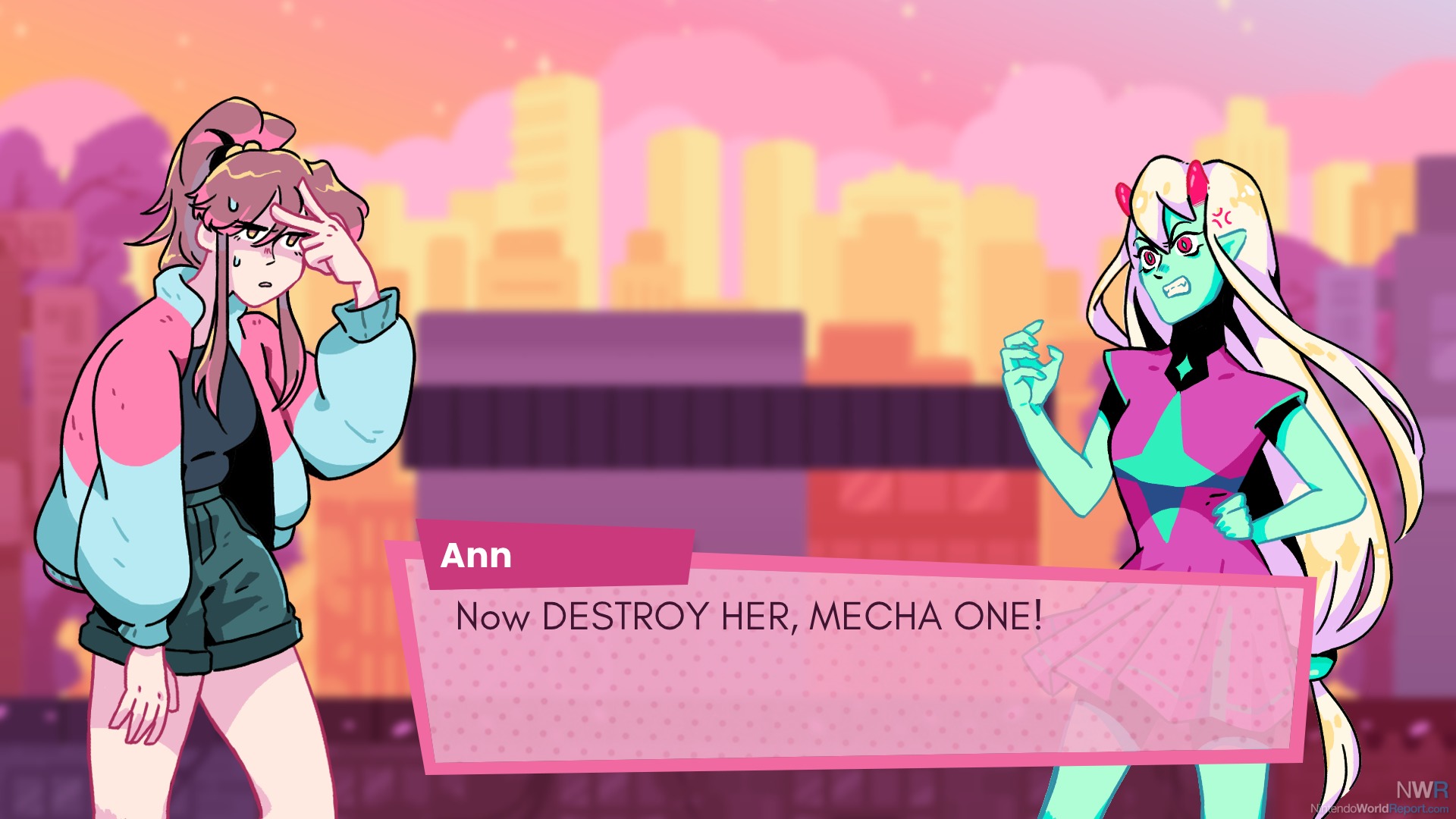 The goal is surviving your way to the end of the level, but a high score element is ever present. Throughout every moment of the stage, your actions add to an overall score and you have a running combo meter that builds up from D to S as you chain together attacks. The meter is reset if you take too long between hits or take damage. My main frustration with this is that occasionally my combo meter would run out between screens, just by virtue of the time it takes for new enemies to spawn. Otherwise, it’s a blast to plan out your attacks in a way that keeps you always hitting and increasing your combo, especially since you’re rewarded for using a variety of moves.

The online leaderboards build off of the framework of Vertex Pop’s debut Switch game, 2017’s Graceful Explosion Machine. Right out of the gate, Super Crush KO allows you to effortlessly press a button to submit your score to the online leaderboards. If you’re not in WiFi range, you can also submit your scores in bulk when you return to the internet. 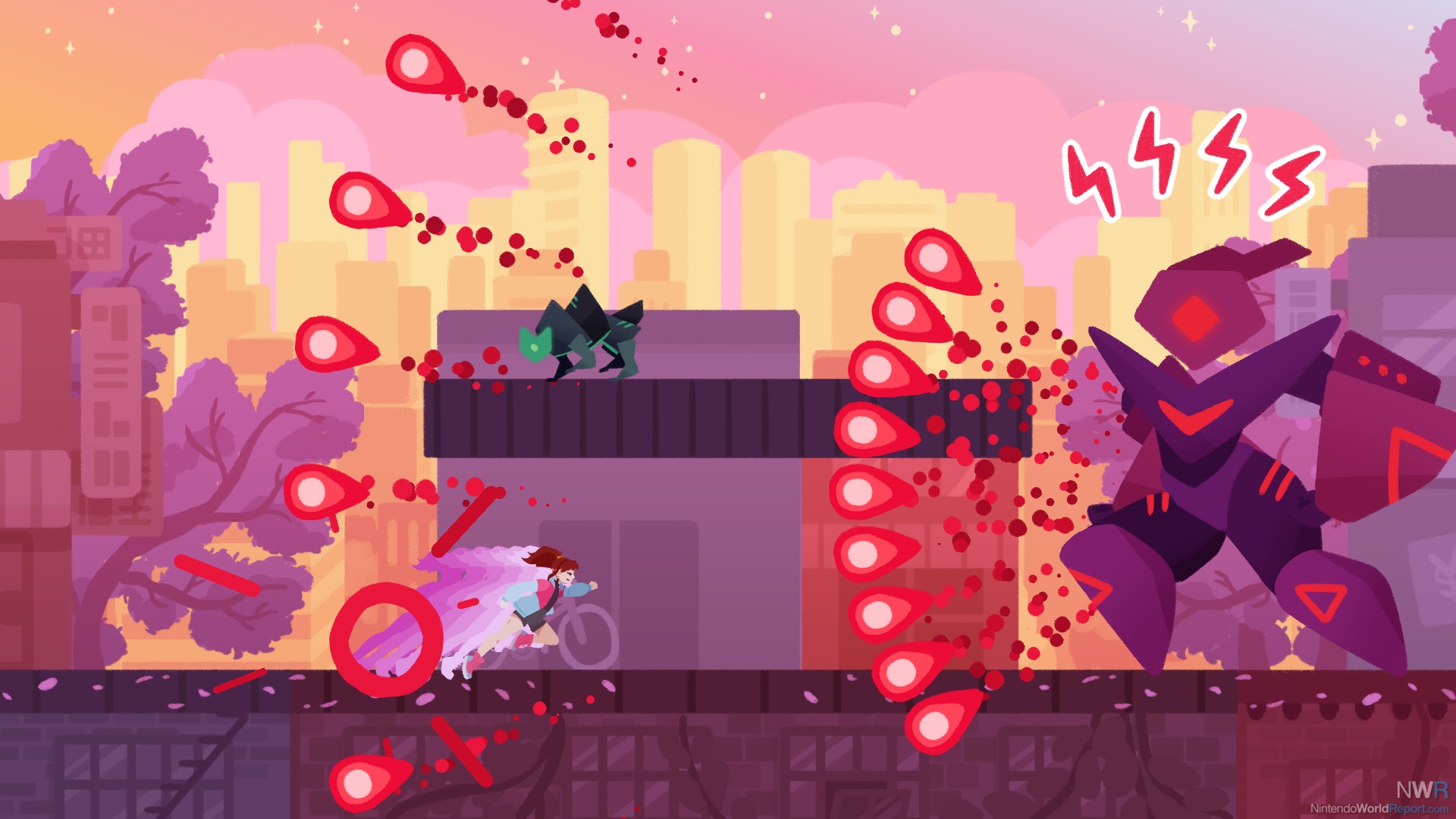 Overall, Super Crush KO feels like an evolution of Graceful Explosion Machine. While their previous game was more pure shoot-’em-up, the attacks and combo meter are very similar. Ultimately, I prefer character action games to shoot-’em-ups to begin with, but even still, I found Super Crush KO to be a tad more forgiving. Importantly, it also improves the flow between moments and less time is spent waiting for enemies to spawn in levels.

The bright and bubbly romp doesn’t last all that long⁠—there are 16 stages and four boss battles ⁠—but that also ensures Super Crush KO doesn’t outstay its welcome while encouraging some potentially tense high score battles. This is a rad game to start off 2020 with, and I hope the endearing optimism found in Vertex Pop’s second Switch game is a harbinger of the year to come.