A minimalist take on the CRPG and survival genres that falls flat.

We’ve seen plenty of innovations in the indie space that have taken interesting blends of mechanics spanning genres and creating a new and enjoyable experience. With the right mix, you can end up with a fresh take that’s thoroughly entertaining, but mixing and matching ideas doesn’t always work out. Unfortunately for Overland, taking elements from turn-based strategy and survival titles and giving it a minimalist makeover just didn’t amount pan out, resulting in an experience that feels both frustrating and bland. 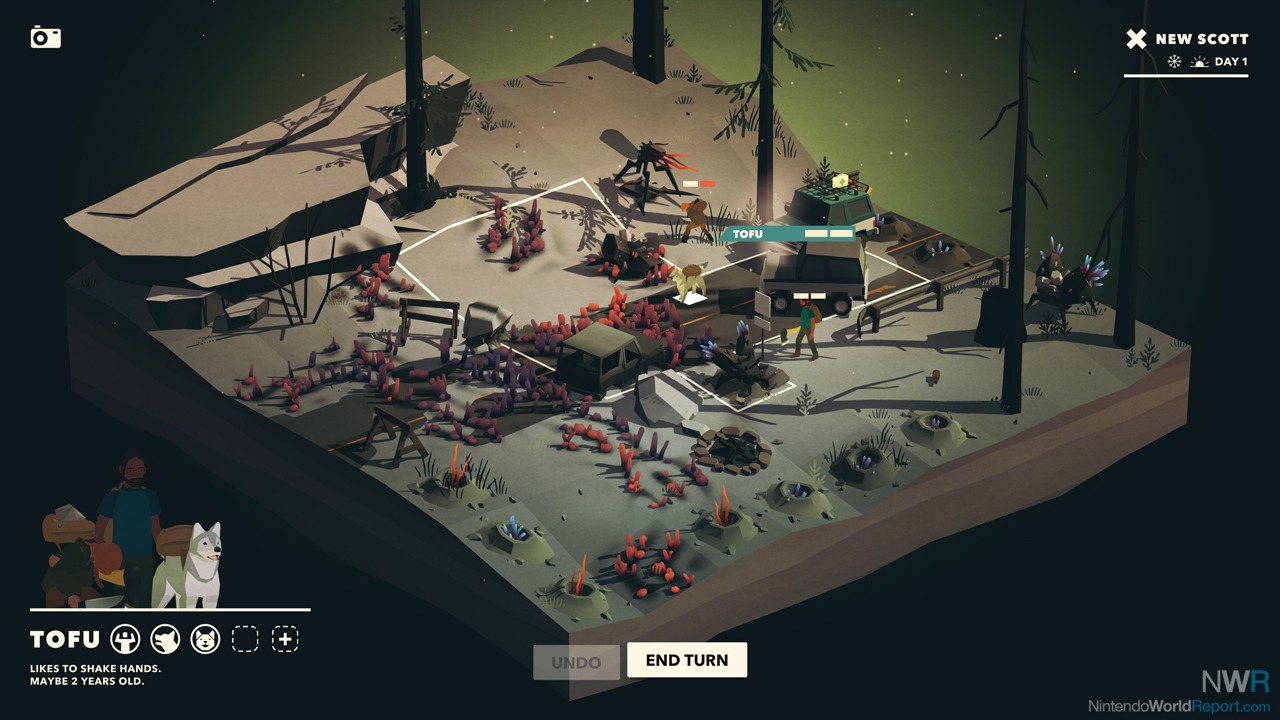 At first glance, Overland looks like a fairly simple approach to a strategy game, and that impression is pretty much on the mark. No real story is present; the only goal is to travel from the east coast of America to the west. Each stop along the way is a small isometric map littered with enemies and a few supplies or items to help you on the journey. Items such as large sticks and glass bottles act as weapons against the monster threat, and random boards can be used as shields to protect your humans from attack. Every so often you’ll come across a deserted survivor, human or dog, that can be invited along for the journey, adding another hand to help gather resources or to be used as a sacrifice to distract the enemies while you make your escape. This strategy of sacrificing characters is heavily recommended as the initial tutorial forces you to use it. The suggestion is that becoming attached to any of your characters is a fool's errand.

Ultimately, the main goal is to locate gasoline in order to fuel a car to get you across the country. In the pursuit of fuel, a number of different strategies will be needed as you attempt to avoid death at the hands of these rock-like monsters that try to kill you at every stop. The members of your party can typically carry one or two items that they can utilize in their hunt for fuel or carry along to the next location. Roof racks can be found and attached to your current transportation in order to carry additional items as well. Keeping with the minimalist aesthetic, you’re typically using whatever item you happen to find in any current location. Since characters die often, trying to maintain a travelling inventory quickly becomes problematic. 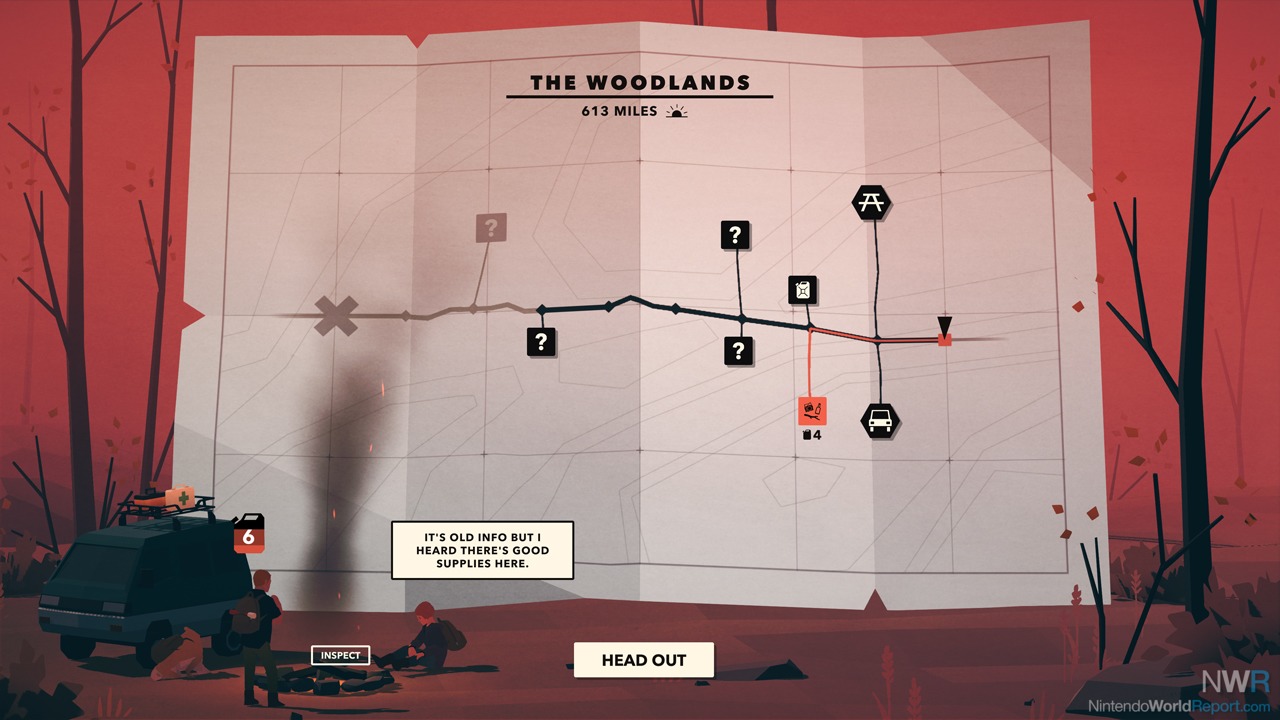 Movement around the map is done in a turn-based format. Each character has a number of action points that can be used to walk around the map or perform actions such as searching through garbage, picking up items, or attacking enemies. The maps aren’t overly large; with full action points you can generally get from one side to the other after only a few turns. The longer you loiter on any given map, the more likely it is you’ll attract additional enemies, thus reducing your chances of escape. Any noise that’s created attracts more of the monsters, and upon death, the monsters let out a cry for help, so fully clearing a map really isn’t an option.

The gameplay loop generally plays out as follows: arrive at a map, pick up what you can, try to avoid enemies, and hope you don’t die in the process. At times, the strategy of playing cat and mouse with enemies can be enjoyable, but often a good run would end with crushing consequences for a poor decision, or a map that’s just brutally difficult. Because of the minimalist design, most of the maps feel incredibly similar and it doesn’t take long for the gameplay to feel repetitive.

Generally, I enjoy turn-based strategy games and I had high expectations for what Overland had to offer. I have no problem with the game trying to move me out of my comfort zone and consider strategies not regularly employed in other titles, but it just wasn’t enough to keep my interest. I think there’s likely a group of people that will appreciate the simplified strategy and minimalistic take, but since I’m not one of them, they can feel free to abandon me like the poor soul in the tutorial.