I came, I saw, I dated. Maybe not in that order.

Sometimes playing a video game is so immersive, it leaves the player wishing life worked just as nicely as it does when experiencing what a game maker has crafted. This is the case of the dazzling dating simulator game, Dream Daddy. 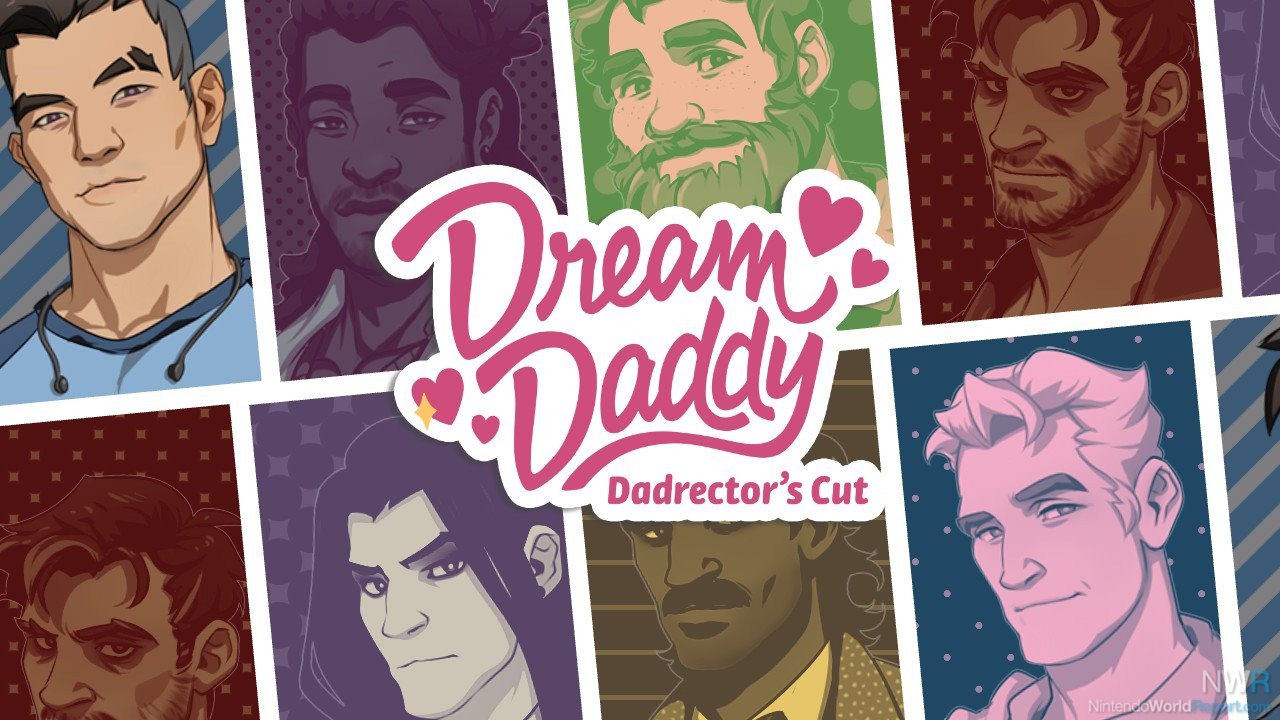 The setup of the plot is fairly simple, with complexity packed into the relationships between seven “bachelors”, who are all dad’s. You are also a dad to a high school senior girl named AManda, and the two of you have moved to a new home on a cul de sac where everyone you meet is a neighbor, and very friendly. Amanda is about to go off to college and you are trying to make a new life after the death of your spouse. From here, you can go on various dates with different dad’s in the neighborhood. The dates focus on small relationships and character building among the different people. At first glance, the various bachelors do have a small stereotype type attached to them, but are built off of that stereotype in very unique ways. The “athletic” dad, Craig, is a former friend from your partying college days, but is now coping with the ever growing responsibility on his shoulders. The “Victorian-clad” dad, Damien, is very into dark garb, but despite his scary attire, he is very friendly and struggles with the relationship of finding commonality with others, and his son. 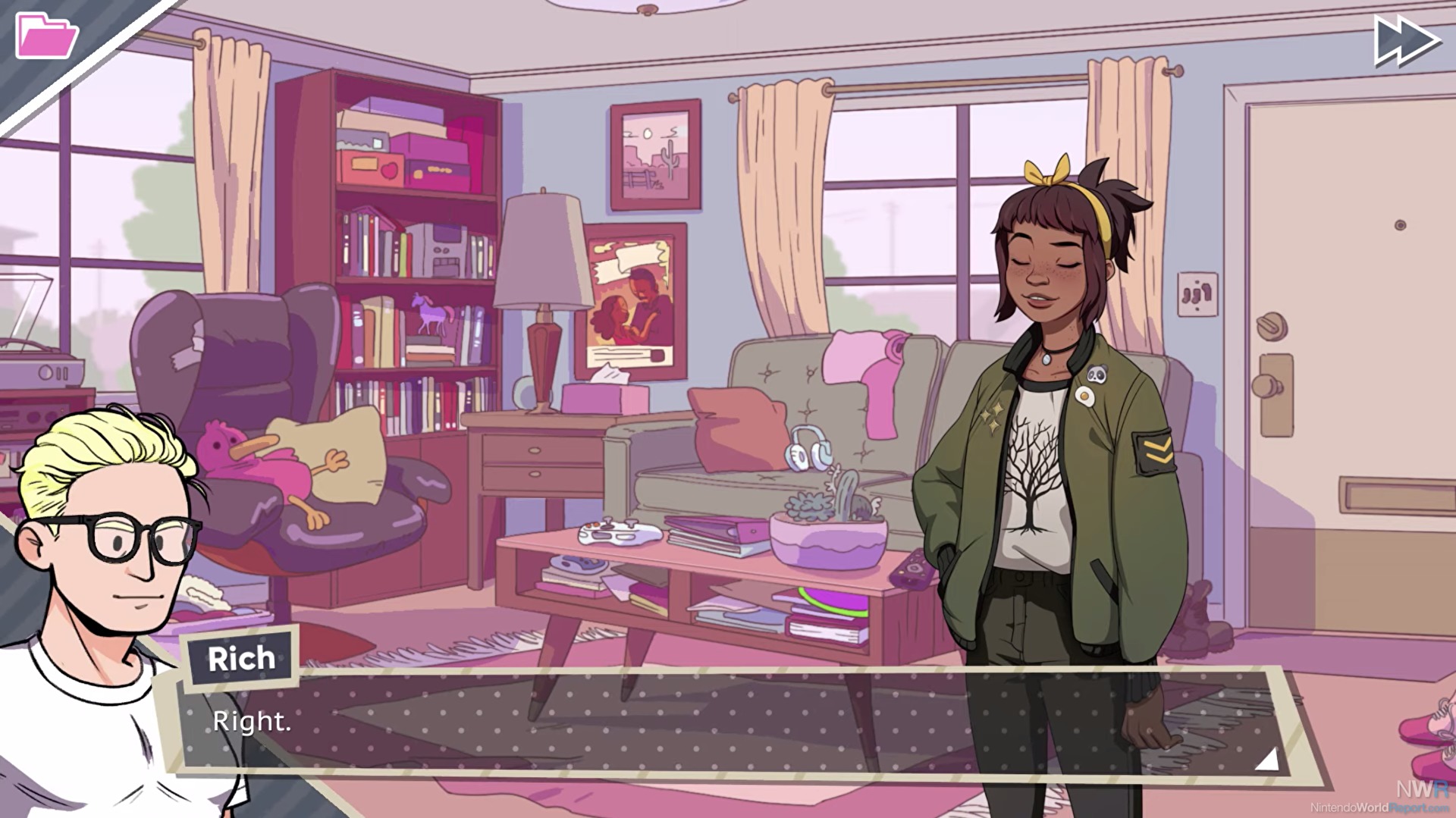 That’s the heart of Dream Daddy, the characters and their stories. Even you, the player, have an ongoing narrative with your own child, Amanda. This dating simulator has all of the flourishes of what most dating simulators have: mini-games, small choices that determine how much a bachelor likes you, good/bad endings, branching paths, etc. But, the best part of Dream Daddy is what is in the writing. Each character’s background is unique, and it becomes more about exploring their own lives and issues rather than about simply having a romantic night with them--and there certainly is a time and place for when that happens. But the biggest relationship you will find in Dream Daddy, isn’t with any other dad’s at all; it’s with your daughter. Amanda is a character who has gone through heavy life experiences in the midst of finishing high school, and that coping is shown progressively in every conversation from beginning to end. All of this is found in the writing, which. Every line of dialogue reinforces how serious Dream Daddy takes itself. One would think that with that title, it would be a joke, but in actuality, there is a ton of care put into the characters. 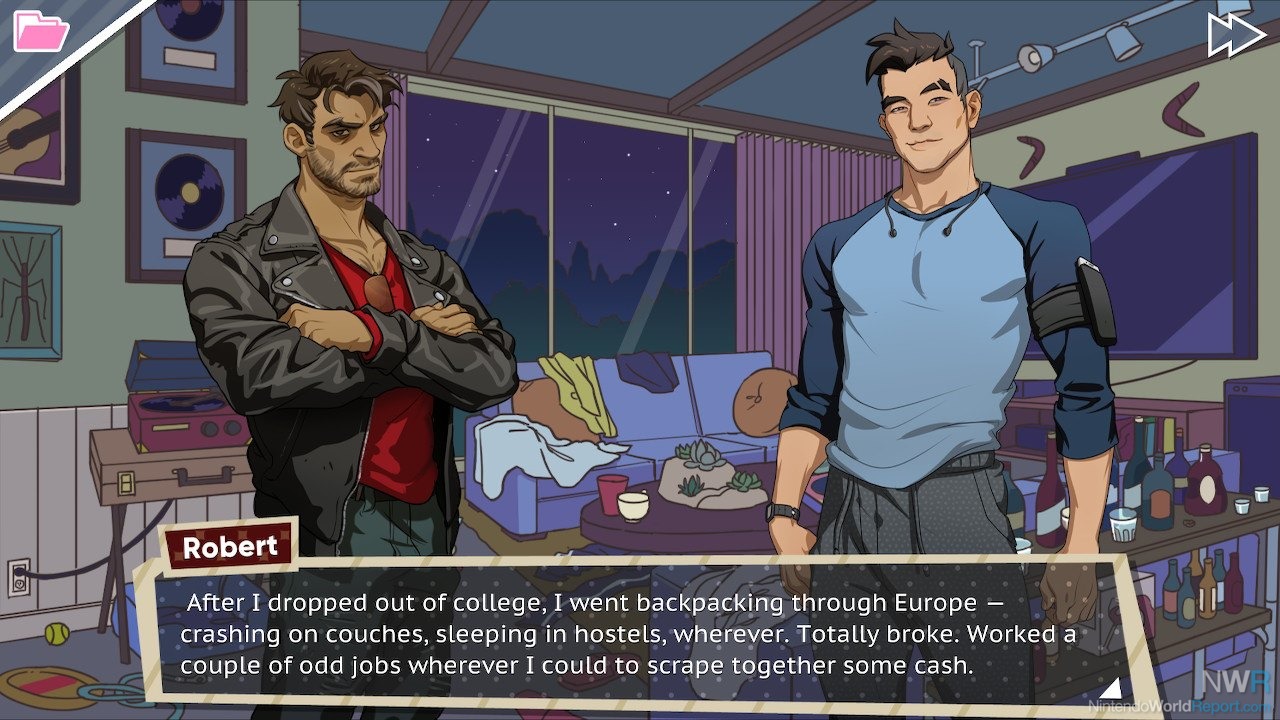 As for the art and music, everything looks good. Neither stood out as great pieces of the time spent playing. All of the characters are static images that occasionally will be swapped with small tweaks (usually facial expressions), but the only movement is the art pieces hopping up and down, or shaking. This form of animation works fine for a dating simulator, it has been present in many titles with a heavy emphasis on dialogue, but I did find myself getting bored looking at the same exact characters, in the same outfits, in the same poses, after awhile. The artwork could have pushed a little bit more. Music is pretty much relegated to simple tunes that jingle in the background. It never was distracting, or annoying, just simple and pleasant. I found that this fit the more lax conversations. Also the title theme is catchy, in a good way! 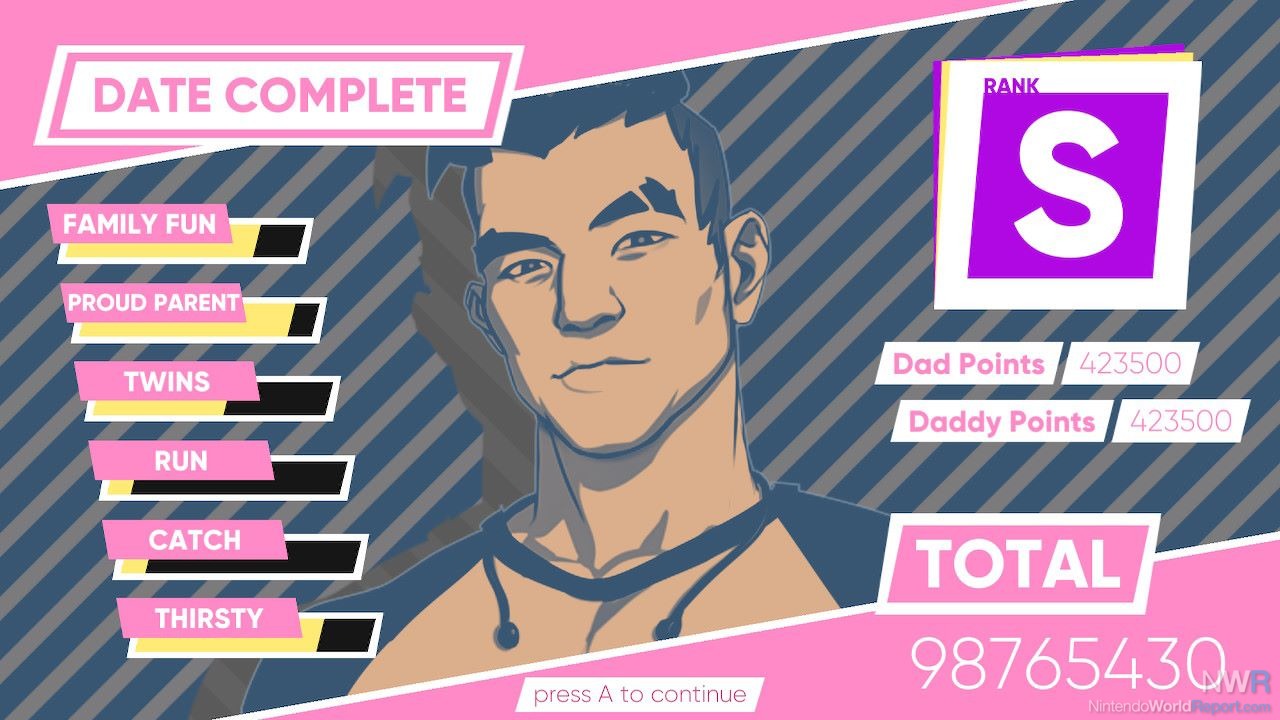 By and large, Dream Daddy succeeds at creating developed characters that have unique stories, interesting dialogue, and fun personalities. I wouldn’t call anything here realistic; the cul de sac where the game takes place feels like a dreamy land where only the happiest characters exist, despite the hardships that they discuss. Dream Daddy looks great in handheld and TV mode, and this version boasted a handful more optional scenes, but nothing strikingly new in comparison to the rest of the dates.