Surviving through an assault of lawsuits.

Nintendo’s aversion to censorship is put to the test with the release of Gun Media’s ultra violent online survival game, Friday the 13th: The Game. This port already available on other platforms has defied all odds by surviving a lawsuit that has brought the franchise to a standstill. Although that same lawsuit will ensure there is no new content for the time being, all of the existing content has been brought to a new home on a portable device. Apart from a noticeable graphical downgrade, the Switch experience of either out-smarting a homicidal maniac or brutally murdering a group of camp counselors feels identical to the other versions. 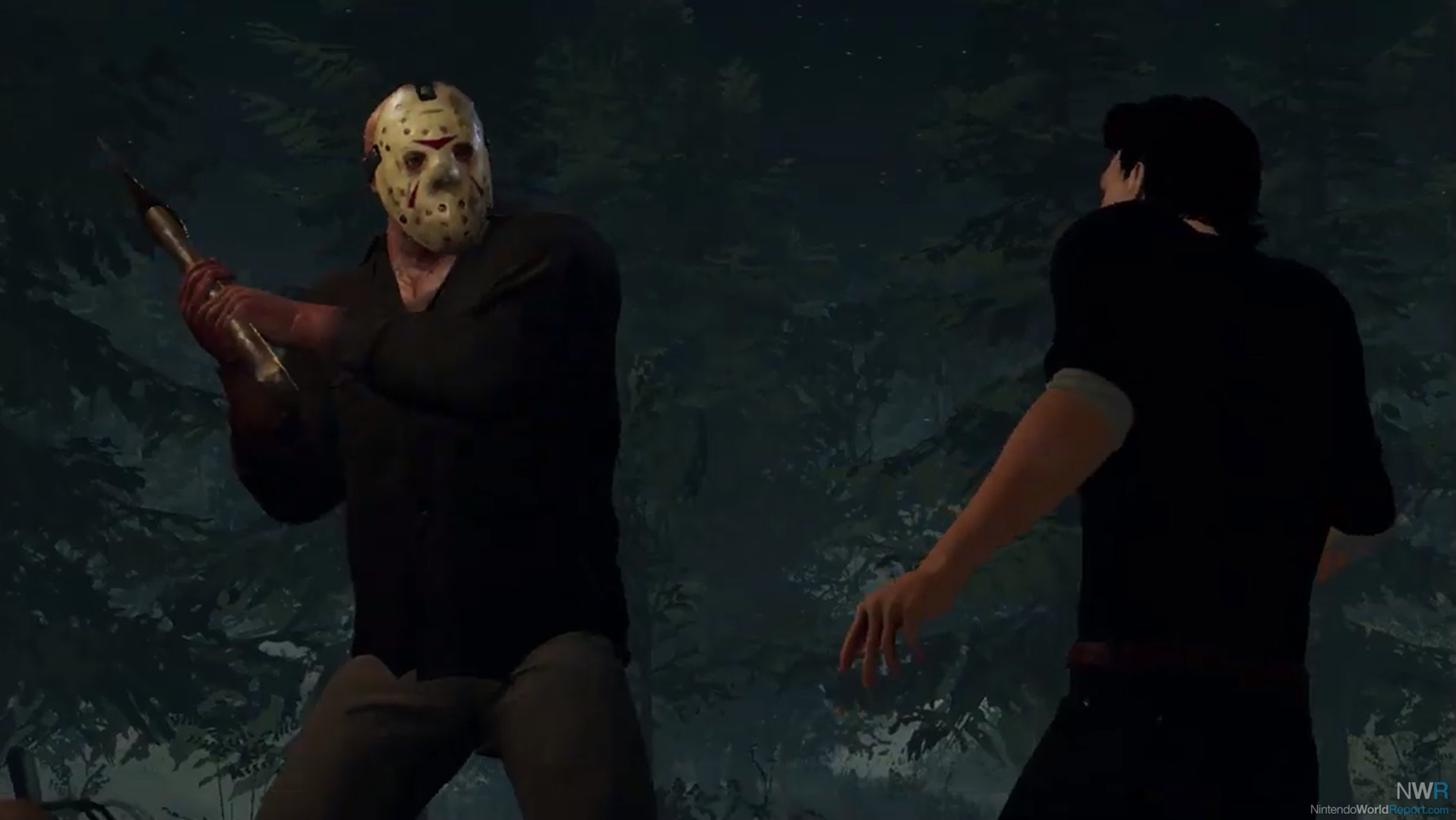 Friday the 13th: The Game really is not all that different from its cinematic inspiration. In 20 minutes or less, a group of up to eight camp counselors try to figure out a way of escaping a campground without dying at the hands of long time horror steward, Jason Vorhees. Online lobbies are filled with a mixture of up to nine friends and random players, with one randomly chosen to play as Jason. The remaining players are tasked with avoiding death to escape one of the many different campgrounds found in the movie franchise.

Counselors run around the map, entering each of the different buildings available to look for items to either defend themselves from Jason’s clutches or to assist in their escape. Victory for a counselor can happen in a number of ways: repair a car or boat and drive it to freedom, call the police and be rescued, outlast the clock, or take the necessary steps to finally defeat Jason once and for all. The one lucky player who gets to control Jason has a singular goal: make sure no counselor leaves the campground alive. Jason has a number of different ways to inflict pain on his hapless victims: traps, weapons, and a number of unnatural powers depending on which film version of Jason is chosen.

Fans of the franchise will find a whole lot to love here. Famous locations such as Crystal Lake, Packanack, and the Jarvis House, among others, are playable maps. Even the option of which film adaption of Jason is available. Each one has a unique look from the particular film he was in, and the powers that are available such as teleportation, sensing presence, and quiet movement are also tailored. Unfortunately, the different options are still gated behind a progression system, so access to all of the options available will require a hefty number of hours committed. 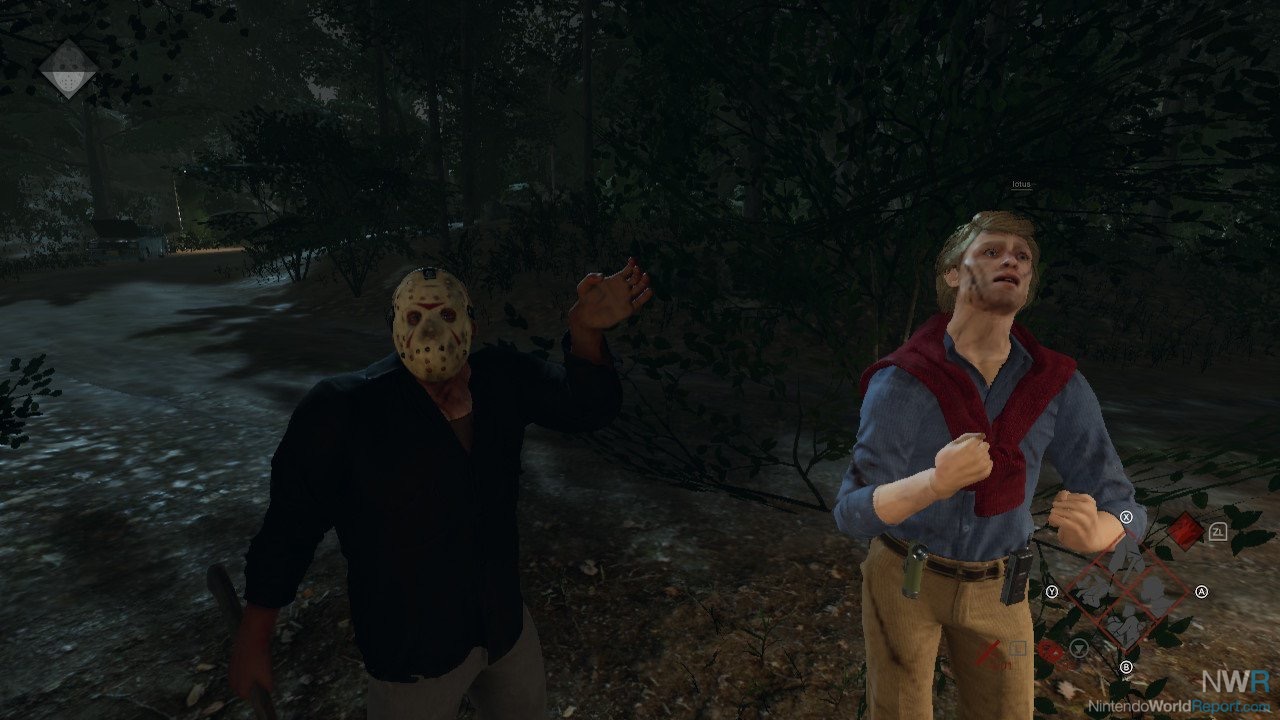 Having spent more hours playing the PS4 version than I would care to admit, I can confirm that the overall experience is incredibly similar. The Switch version does make graphical concessions, but in the heat of either running for your life or chasing down a target, the inferior graphics in no way impact the experience. Tearing counselors in half and throwing targets through windows are equally as satisfying on Switch. As of launch, the online experience seems to be on par with other consoles as well. Getting into a lobby was quick, and I experienced no lag during my matches. A number of different bugs and glitches (like killing the same counselor three times) are bound to happen, but those are present in all versions and to veterans of the title, fun glitches are just part of the charm.

With the recent discourse about violence in video games, the launch of Friday the 13th: The Game comes at an inopportune time. It certainly earns its mature rating, with a level of gore and violence that would make most people sick to their stomach, but for fans of the horror genre, this is their bread and butter. The experience of being Jason Vorhees is captured perfectly, and all of the feelings of panic and dread are still felt even after hours of playing. If you enjoy being scared out of your pants on a consistent basis, be prepared to scream.

I really love this series of movies growing up and even today and it is very much like the movies.  If you want to see some fun gameplay of this version and the PC versions look up Stoiker Kalei on youtube for some wonderful gameplay.