Every genre could use some tactical gameplay added to it.

What I’m enjoying most about the indie renaissance on Switch is watching old genres become revitalized with new ideas and concepts. X-Morph: Defense takes a classic shoot-‘em-up and blends in both tower defense and tactical gameplay to create a new and engaging experience. This amalgamation of genres comes together perfectly and is a great option for those looking for a fresh and unique shooter on Switch. 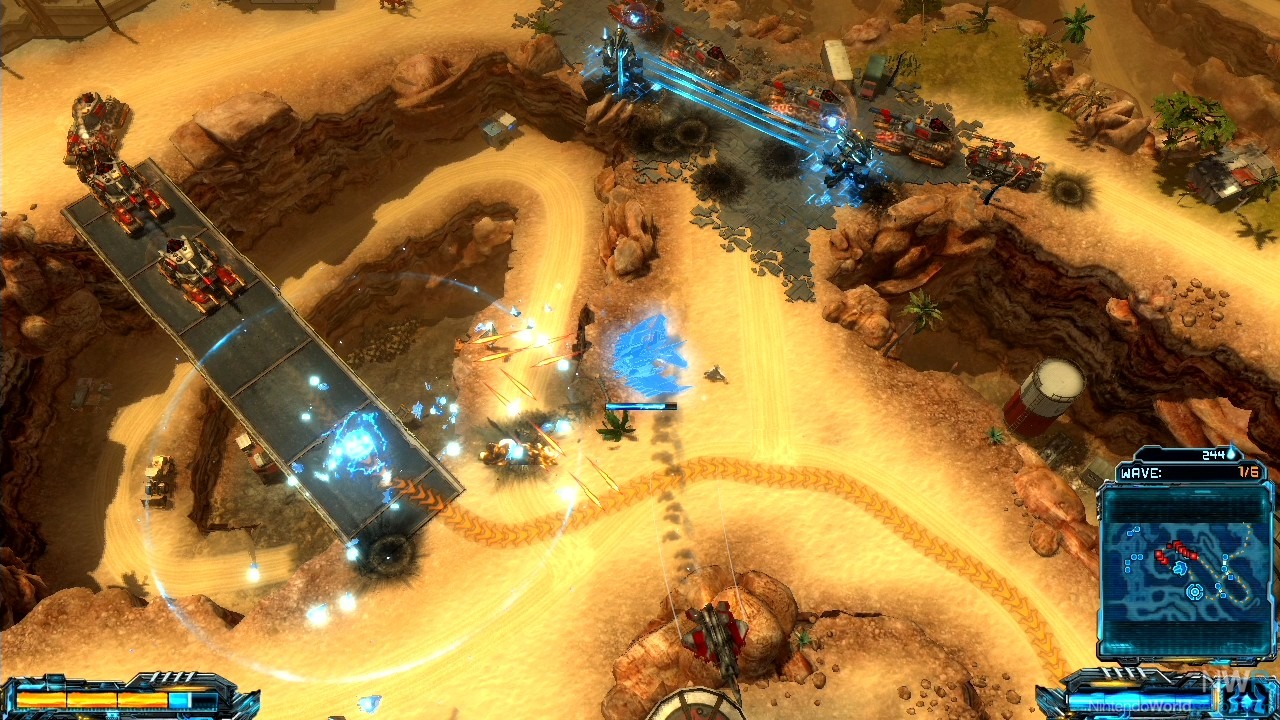 The tables are flipped on your classic shoot-‘em-ups with the player taking on the role of the invading alien force looking to eliminate the human race. The alien invaders send down harvesters to exploit the resources of earth, and it’s up to you to defend them from human counter attack. Piloting a small spaceship, you fly around a map blasting wave after wave of progressively stronger human military units as well as setting up towers that assist in total destruction.

The hook to X-Morph: Defense is that each wave of human defenders has an attack pattern that is visible on the map. In between each wave, you have the opportunity to set up towers that both block the initial path of units as well as provide offensive support for your ship. It’s not possible to entirely block the humans’ access to the harvester as a single path will need to be left open. However, the road blocks that are set up between towers are meant to reroute the enemy into longer paths, thereby providing additional time to both destroy the units as well as allow the towers more opportunity to unleash hell. 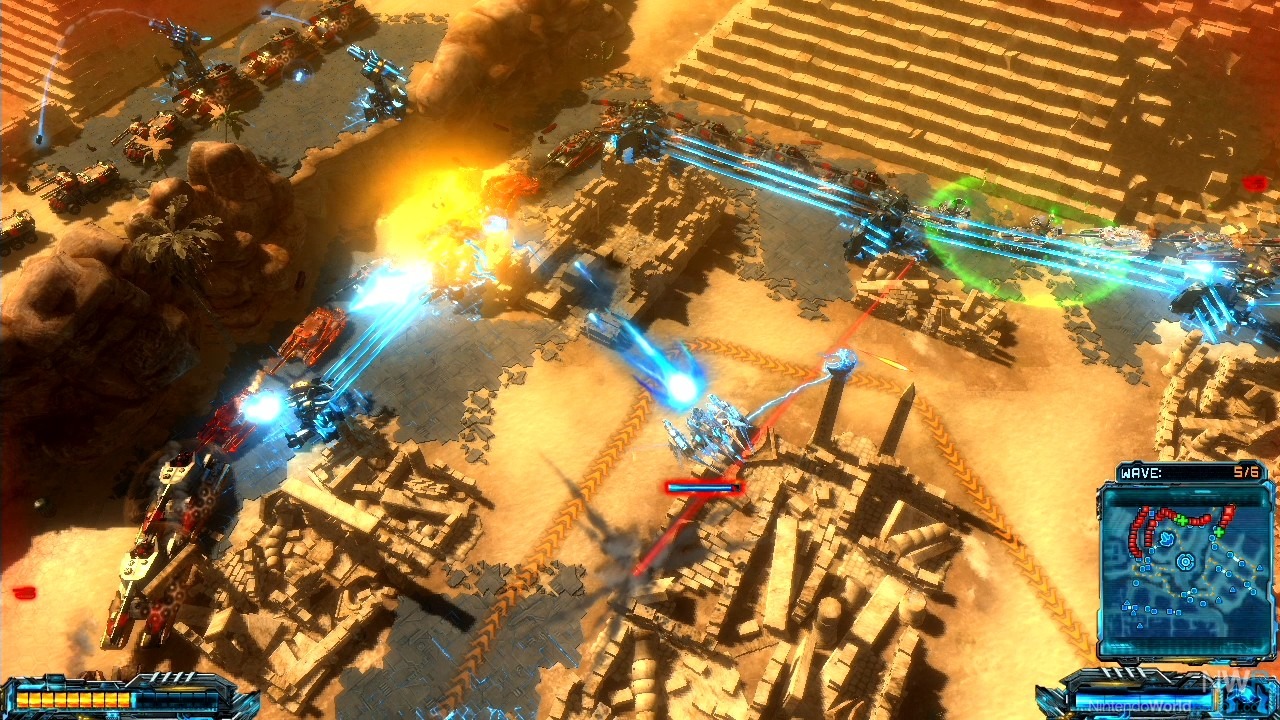 What may be my favorite element of X-Morph is the upgrade system, which has a real RPG feel to it and provides new abilities and strengths to both your ship and the defense towers. Human enemies begin with weak ground units and tanks, but by the end of the waves they’ll begin to launch their strongest weapons such as Stealth Bombers and skyscraper sized Spider-Tanks. The mayhem on screen can get quite busy with what seems like a hundred enemies at once, but at no point did it feel like the Switch couldn’t handle the action, even in handheld mode. What is missing though on the maps is a degree of character. Each mission takes place in a specific country but the topography really doesn’t reflect the region, nor are there any signature landmarks or visual cues.

X-Morph: Defense is a terrific pick up for someone who enjoys twin-stick shoot-‘em-ups but is looking for some more variety other than just blasting everything on screen. The tactical strategy required to complete levels added solid replayability and allowed me to try multiple ways to creatively destroy the human race. Other than the piercing guilt of destroying my homeland of Canada, I had a really fun experience with X-Morph and can place it firmly on my recommended list.