This time you’re the bad guys, and you have to fight….badder guys….

The detail that went into crafting a world that explores all of DC’s villain history is amazing. Admittedly, I’m not as educated on DC as I am Marvel, so many of the faces are new to me. I know all of Batman’s rogues, a few of Wonder Woman and Superman’s, as well as the cast from the Legion of Doom. But say, I didn’t know that Gorilla Grodd had a rival named Solovar from Gorilla City, or who the heck the Mirror Master was. Expect to see really obscure characters get a chance to make an appearance, many of who will probably only be recognized by fans of the classic comics and animated TV shows. I doubt we’ll be getting another game with a playable Mister Mxyzptlk, Condiment King, or Polka-Dot Man anytime soon. 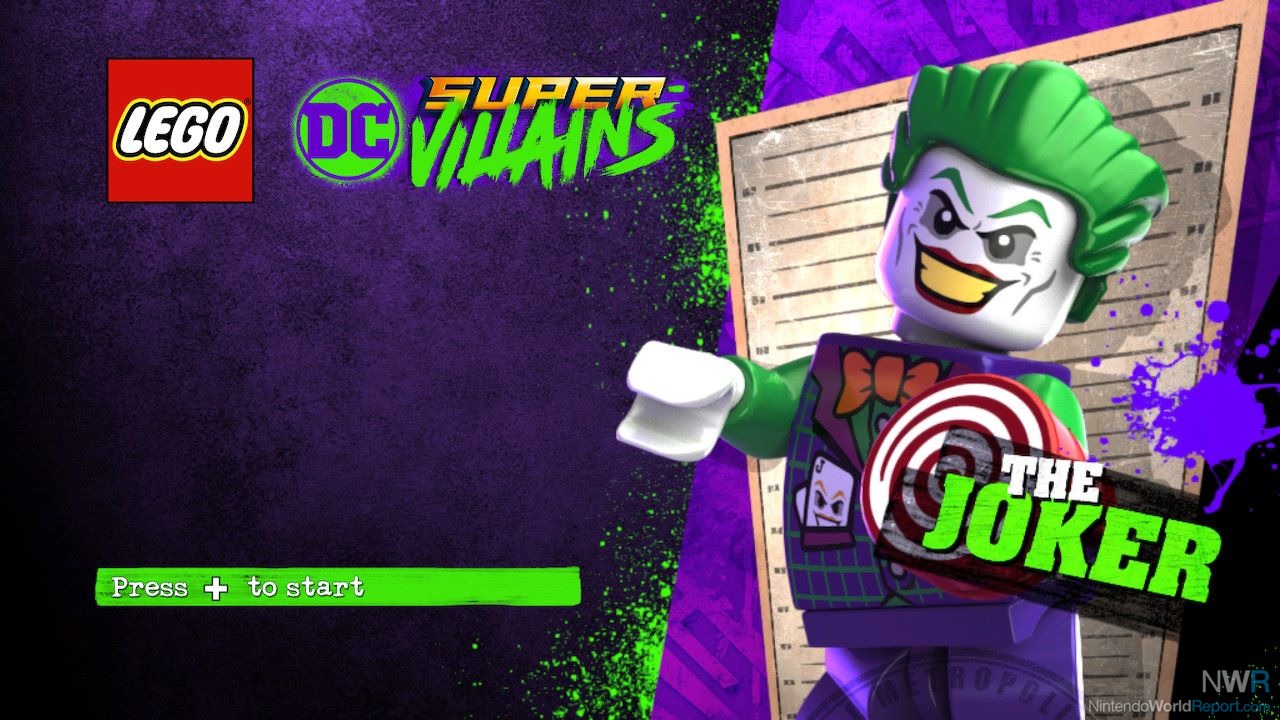 The premise this time around is that the Justice League has gone MIA and the classic DC super-villains are left to fend off a new group of extra-terrestrial doppelgangers from taking over the world. The world here has some of the most variety I have seen in any Lego title to date. Take for instance, just Poison Ivy’s lair and Gorilla City, which both have a jungle-based foundation. But Poison Ivy’s Lair has a poisonous swamp, with bright colorful (and deadly) plant-life lit in a dim area. This makes everything seem exotic and mysterious, whereas Gorilla City has ancient temples and overgrown wildlife blended with the futuristic technology that the advanced gorillas have developed. It’s not generic and I love it for that. This creative endeavor pulls straight from the source material, so it’s hard to just give that compliment to the environment designers here, but it’s worth mentioning because it’s something fans will love and new folks will enjoy. 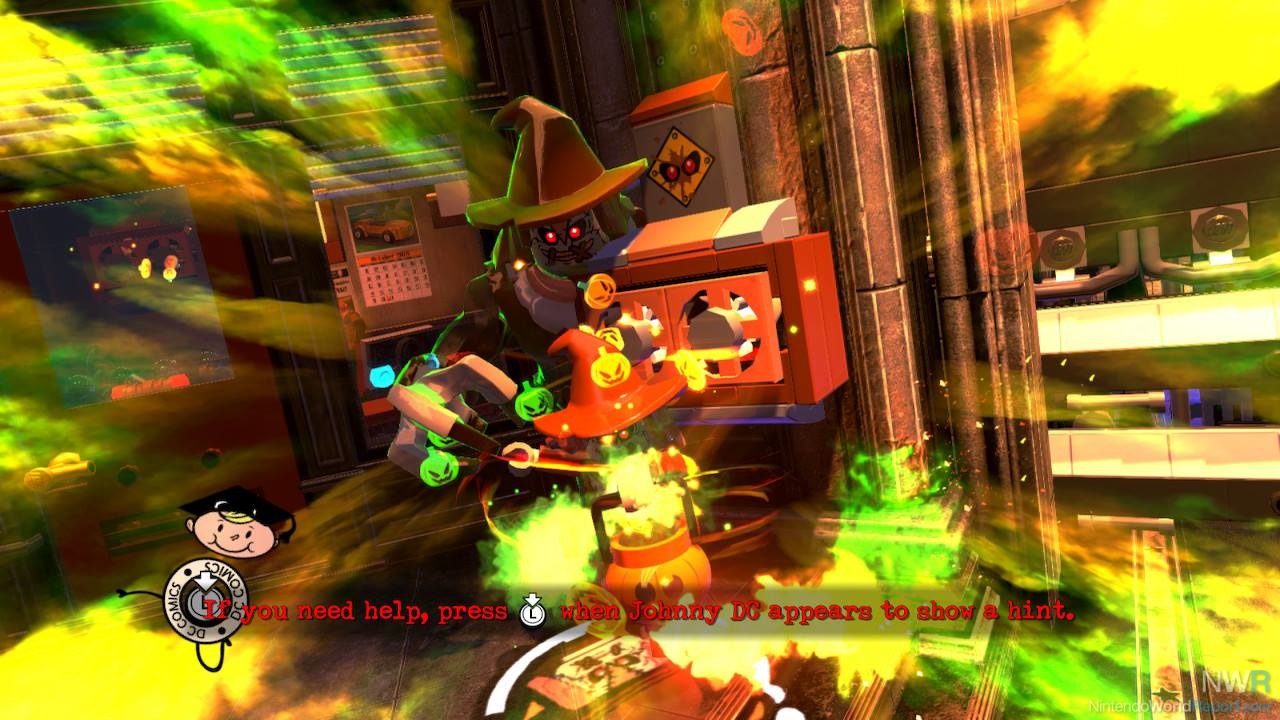 As far as the level designs, they are really standard for the Lego series. The challenge is light and more focused on walking the player through levels to beat up everything. Most levels are simply fix XYZ using this character, then switch to the newest unlocked character to use their new power to unlock XYZ, and then fight a bunch of enemies for a few minutes. It’s not exactly the most creative formula, adding up to being essentially a new (spray) paint job on what is a safe level design system. A lot of the vehicle levels are tough to get through, as I didn’t enjoy controlling the cars. The camera, which has long been an issue with Lego games for me, just likes to get in the way, which unfortunately detracts from the freeform nature of the experience. Lego DC Super-Villains isn’t lacking for content. As you’d expect, collectibles are a staple for the series and you can easily spend hours focusing on one level trying to get everything. For some this may be a laundry list, while others take it as an opportunity to stay in something they love. I think ultimately it will boil down to how immersed you are. 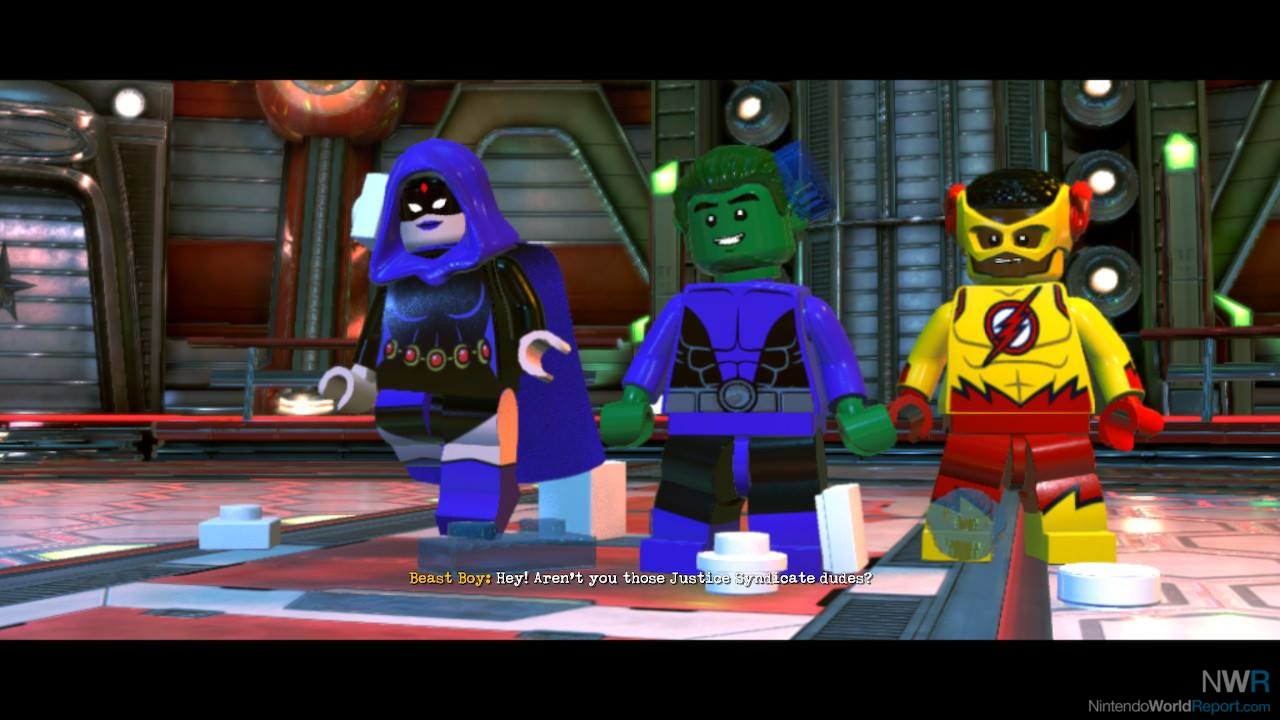 This is a Lego game and in some regards, they all operate relatively similar to one another, with evolution in abilities. Lots of abilities are available here, though not all are unique. Some characters can shoot lasers, run really fast, summon monsters, use guns, super strength, transform, fly, freeze things, throw bombs, etc. The list goes on and on. I really welcome the abundance of options. As cool as these powers are, occasionally a few glitches would crop up with them, like getting stuck in areas or having the game crash. Effects, like smashing the ground, would appear mid-air, which doesn’t really work. The player’s character is fully customizable, so these powers can be shared with you to your liking. And I mean it, when I say fully customizable. I looked at the clock after starting playing for the first time, and was a half hour in, and I hadn’t finished designing my character. There are a lot of unlockable outfits, accessories, abilities, etc. Your character ties into the story, and the opportunity with customization is made even more fun with the included photo mode. This mode really helped to add another layer to the sandbox experience of designing your own character, and then creating some interesting shots in the pre-established worlds. Only minor gripe here is that you can’t do much with your character in the beginning, because the powers are locked, so you are forced into playing the DC characters. Not a big deal, especially since this is an early-on problem. 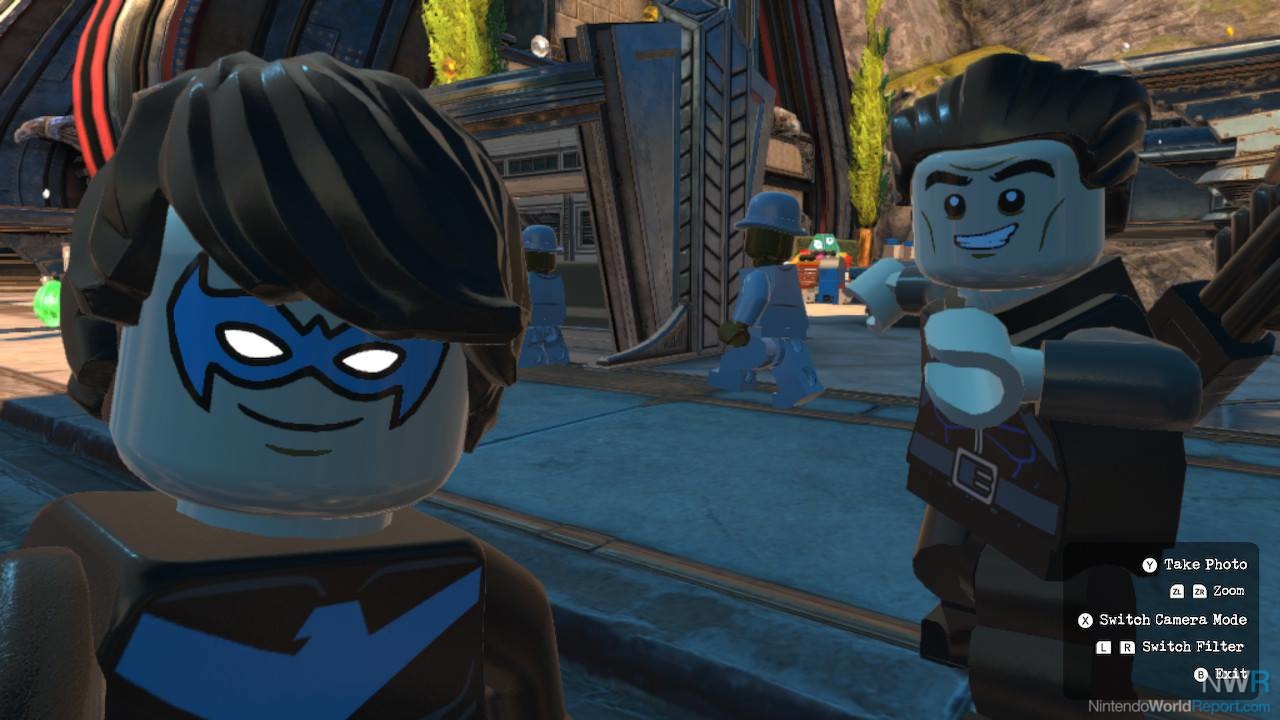 Fair warning, there are a ton of cutscenes, many of which contain plot points (though the story here isn’t really the draw), but are filled with banter and jokes. The animation during them was really distracting for me. Often, three or four things were happening in the shot. For instance, Lex Luthor is devising a scheme but gets knocked into the front seat of the getaway truck that Joker is driving, but then Harley gets catapulted out of the truck via the seat ejection, while Joker is trying to reach the window wipers. All the while, Scarecrow, Two-Face, and Catwoman are all jammed in the backseat. It’s just a lot to follow visually. I prefer it over static animation for sure, but the moments of slower movement are appreciated. It gets worse as more villains are recruited throughout the story. I’m trying to enjoy it all and just see the character designs that I’m not familiar with, but get distracted by others throwing donuts, playing on their computers, or tossing cards as they run super fast. The worst part of this is that these scenes are barely skippable. 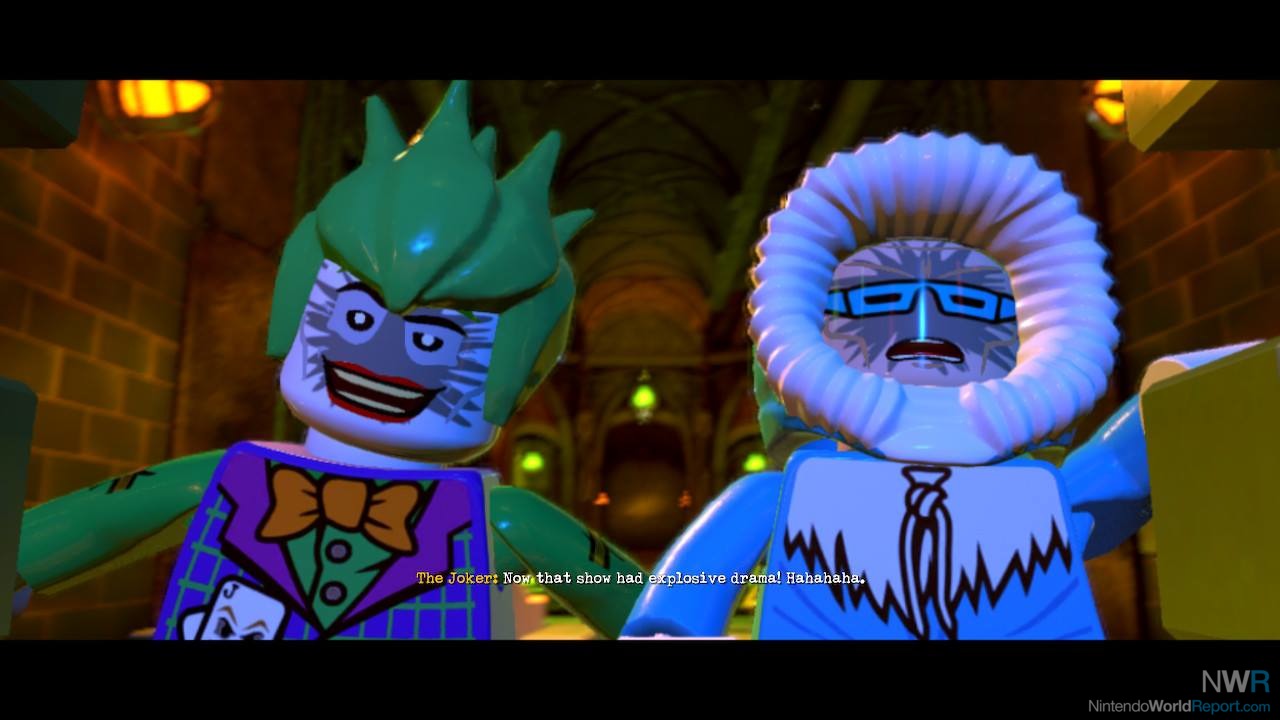 The sound and music are fine aside from some small technical issues. Occasionally sound effects wouldn’t play when there was a lot going on in the scene. Maybe there is something wrong with the hierarchy of sound effects or this is just another minor glitch. I loved that the soundtrack is orchestrated, that’s a big plus for me because it falls in line with the superhero theme and builds up the epic nature of the semiotic domain that this is known for. Likewise, the voice acting is incredible. There is a outstanding line up of voice work here, from featured voices like Mark Hamill, Gina Torres, Kevin Conroy, Tara Strong, and 30+ more amazing cast members. From an audible standpoint, this was my biggest takeaway. I didn’t care for the cutscenes, but I did enjoy how well down the voices were, both in-gameplay and during the narrative. I can’t “speak” to how well the story is. It’s maybe meant for just kids? But also, I recall liking more complex stories even in my youth? The premise is established early on, but quickly hops to just recruiting the other DC cast as quickly as possible. It feels more like a tour through everything DC, then a proper narrative at first. But it eventually picks up in the second half. At the end of the day, this was a fun time. It’s not a revelation for the Lego games, but it’s not trying to be. The core is the great use of DC characters placed in a fairly traditional Lego game. It’s a safe purchase. If you’ve played other Lego games, you probably know what you’re getting yourself into. A handful of flaws hold it back from being one of the “greats,” but I walked away impressed overall. It’s over-the-top, a little wacky, and it certainly has respect for the IP.

Got it love it, and I love the fact that Kevin Conroy is voicing Batman, Mark Hammal as Joker, and John Barrowman as Malcolm Merlyn!

Got it love it, and I love the fact that Kevin Conroy is voicing Batman, Mark Hammal as Joker, and John Barrowman as Malcolm Merlyn!

Totally agree! What an all-star cast.

The typical LEGO gameplay got stale to me over a decade ago. I really liked LEGO City Undercover though. Make more games like that!