The space version of Cast Away.

A space adventure with a sassy trash-talking companion and a disembodied head as the villain. No, this isn’t another remake of Star Fox. From perhaps the company with the greatest name ever, Butterscotch Shenanigans, Crashlands is a crafting survival game about a galactic truck driver trying to deliver a shipment on time in order to keep his pension. The open-sandbox style of gameplay is entertaining at first but the simplistic controls and slow pace may limit the mileage for the less patient among us. 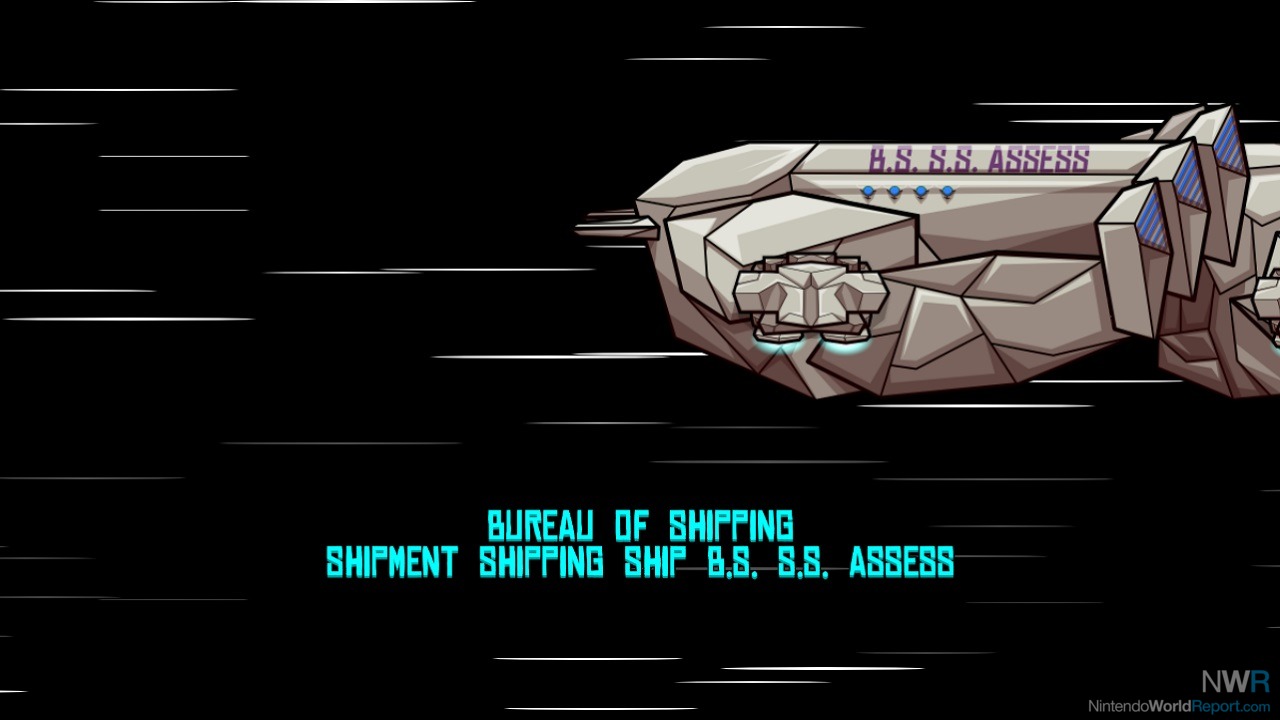 Flux Dabes is just minding his own business on his latest shipping run until he flies by the wrong planet at the wrong time. The evil Hewgodooko, a floating head that also happens to be a scientist, has discovered a component required for one his experiments inside Flux’s ship. Determined to retrieve the component, Hewgodooko destroys the ship, forcing Flux and his robot sidekick Juicebox to escape to a nearby planet in order to call for help and hold out for a rescue. Playing as Flux, the goal is to utilize the resources found on the planet to build a base to survive the local wildlife while working towards crafting a communications device to call for help.

The open-sandbox style allows you to progress however you like but your trusty sidekick is always available when you want to get back on track. The ultimate goal is to craft a communications device to send word back home but a lot has to happen before then. Building up a base of operations comes first, developing simple technology that progressively leads to higher sophistication follows that. A tracking system on the main screen helps to keep focus by keeping an up-to-date checklist on what materials are needed for your next project. If the next goal were to develop a pick-axe, the materials you need and how much you currently have are tracked on the fly so that you don’t have to constantly scroll through menus. 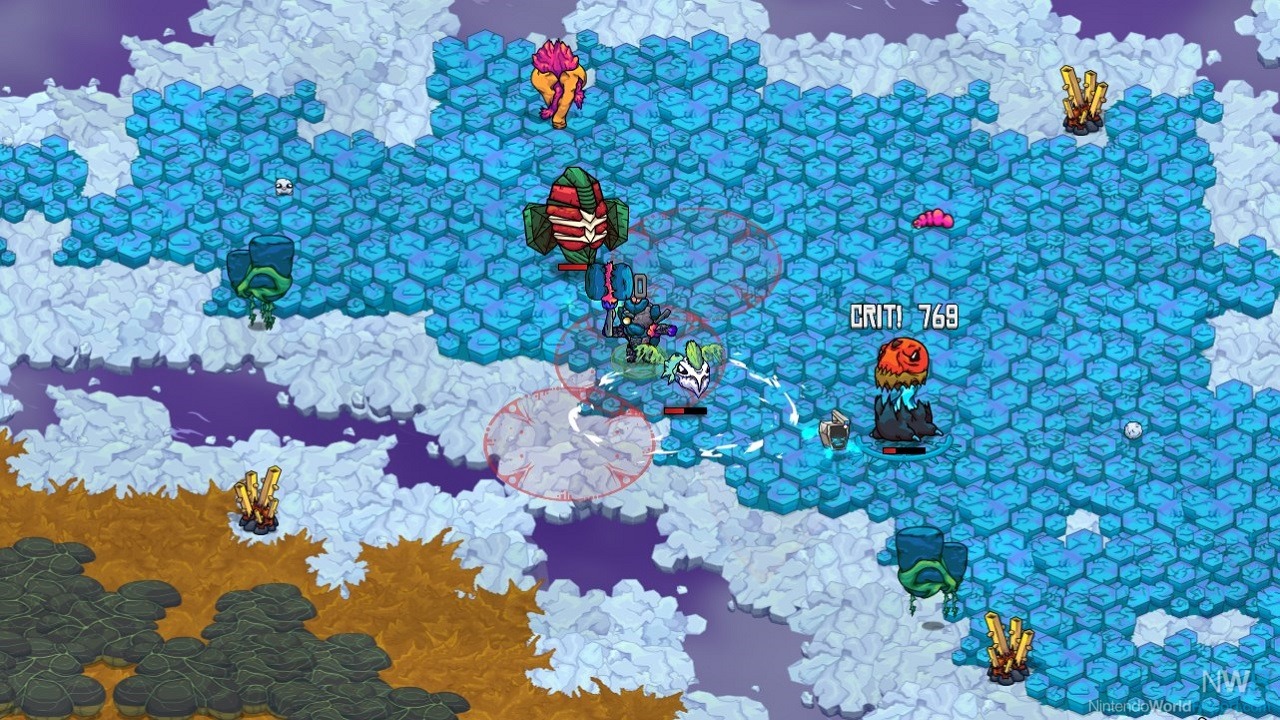 Movement of Flux leans more towards the simple side and can even be frustrating at times. The character kind of hops in the direction you want to go and automatically targets the closest available resource or enemy. At times when multiple selectable targets are close together, it can be a chore trying to select the one you want. A target lock-on is available but you still have to keep the indicator on the selection long enough to trigger the lock-on, which isn’t always easy. Combat isn’t ideal either. Once an enemy is selected Flux begins to attack automatically but needs to be triggered again if you make any movements. The problem is that you’re constantly moving in a battle since it’s the only means of defending Flux from attacks.

Based on the developer name I went in assuming the writing would include top notch humor and I wasn’t disappointed. The dialogue between Flux and Juicebox is well written and a wonderful reward for completing tasks. As long as you don’t mind the slower pace and simplistic combat, Crashlands is a fun way to help a space trucker reach retirement.