Surprisingly, not a biography of Jem and the Holograms.

Spend enough time in the Switch eShop and you notice that many words and phrases are so overused that you begin to tune them out. Terms like classic and nostalgic stand out in the descriptions of games that are trying to masquerade their mediocrity by comparing themselves to titles I’ve enjoyed in the past. I’ve been burned before, but every so often a game comes along that’s actually been able to live up to it’s nostalgic roots. And that’s the case for Cosmic Star Heroine, an RPG about ‘80s themes that feels like it could have come straight from the Super Nintendo lineup. It’s refreshing to play a game that has the structure and feel from a classic like Chrono Trigger, but successfully creates a unique and fun experience from it.

The story of Cosmic Star Heroine is structured around one of my favorite themes seen in many ‘80s action movies: The well-intentioned hero discovers that the organization they work for, and the superior they’ve looked up to, seek to undermine the system they’ve been sworn to protect. In this case, that hero is Alyssa L’Salle, a government agent inside the Agency for Peace and Intelligence who soon discovers an evil conspiracy that leads her to join the very people she was tasked to investigate. Keeping with ‘80s tradition, Alyssa and the characters that join her cause are fairly one dimensional. Apart from some minimal backstory, the motivations of the good guys are simply to do what’s right, while the bad guys are working towards their own selfish needs. 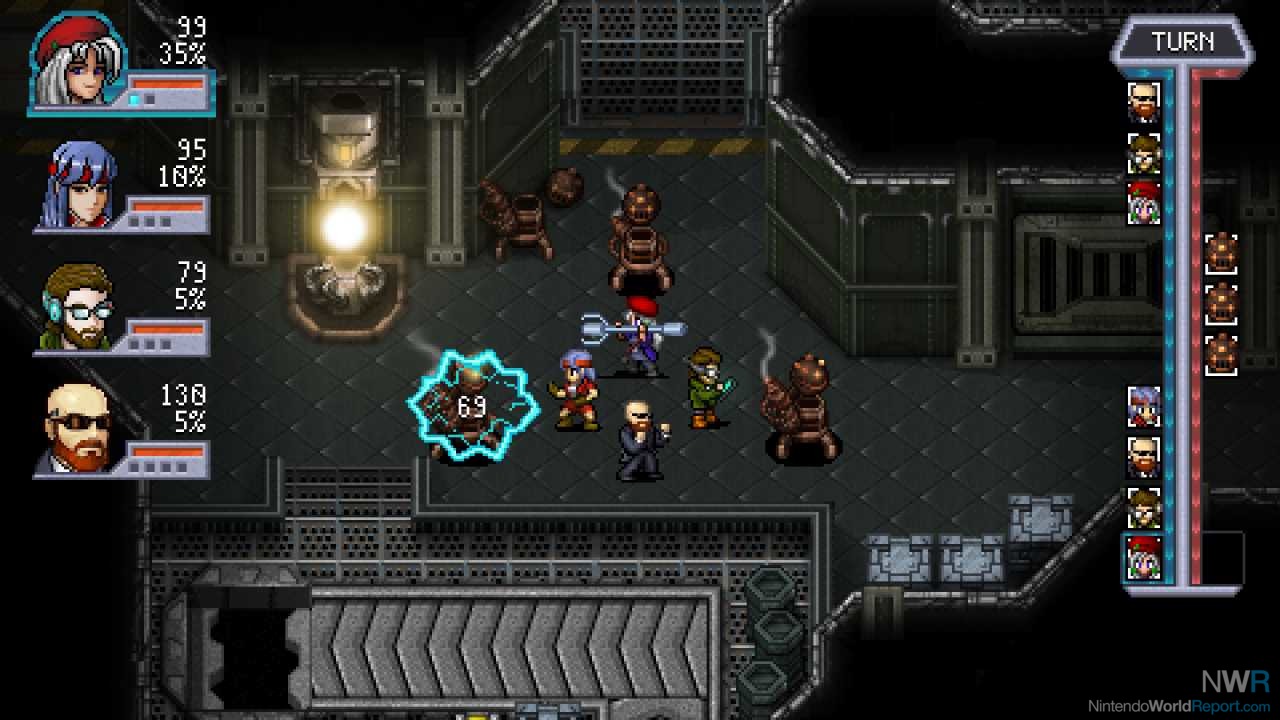 Don’t worry though: the shallowness of the characters is overshadowed by a perfectly paced story and a very well designed combat system. The majority of the experience is following a linear path set out by the developer. Usually I prefer the freedom of an open world to explore but thankfully you’re never in one place for an extended period. Enemies are visible on the battlefield and don’t respawn so level progression happens naturally and you’re given no reason to hang around. The party consists of multiple members who all level up in conjunction with each other regardless of whose been left on the bench. When you do run into a particularly tough battle, many systems are in place to give you the opportunity to experiment with different tactics without punishment. Prior to engaging, you can save anywhere, and defeat in battle gives you the choice of either restarting the battle or from your previous save.

The combat system will feel familiar to fans of Chrono Trigger, but many additions have been made to create a unique experience. For each character, a maximum of eight abilities can be equipped, as well as secondary one-time-use actions. These abilities have a wide variety of uses, ranging from attacks to buffs and status effects. The hook is that almost all of the abilities can be used once per turn, but then require a turn to be sacrificed in order to recharge the abilities. If that wasn’t enough, you also have to consider when each character will reach its burst turn - a turn where the attack or ability you use has twice its normal effectiveness. But wait, there’s more. Zero HP does not necessarily mean death in Cosmic Star Heroine. During a turn, one of your characters can be attacked and go into negative HP. This provides either the opportunity to heal the character prior to their death, or gives the character one last attack in the hopes of finishing off the enemy. The goal of the battle is simply to have the last person standing. After a victory, all of the characters are revived and fully healed so you won’t need to resource manage an inventory of potions to make it through a dungeon. 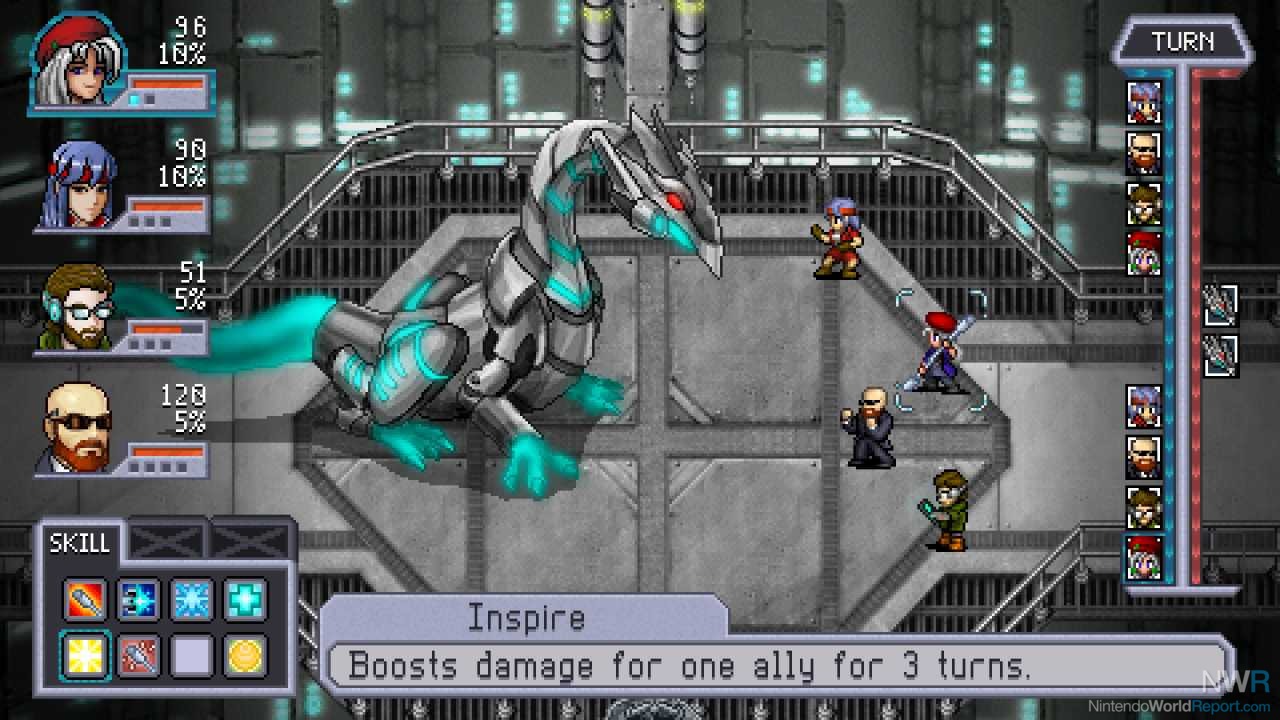 Speaking of Chrono Trigger, the graphics and environments are very reminiscent of the classic SNES RPG. Apart from a larger palette of colors available, the character design and environments have the look and feel of the 16-bit era. It’s near impossible to have a soundtrack that compares to the legend that is Mitsuda, but the lovely ‘80s synth from HyperDuck Soundworks is a terrific complement to the gameplay.

It’s not difficult to find new games that are designed with the 16-bit era in mind, but it is rare to find ones that develop new and enjoyable game mechanics. While the writing could have benefited from some additional depth, the expansive party and combat options provide hours of entertainment, making Cosmic Star Heroine a worthwhile addition to your Switch library.

This looks really nice. I like the small differences to the battle system compared to traditional jrpgs like the 2nd chance to live and revive when defeated.  The art style looks interesting.