A parody so good that maybe the load times are just part of the joke. 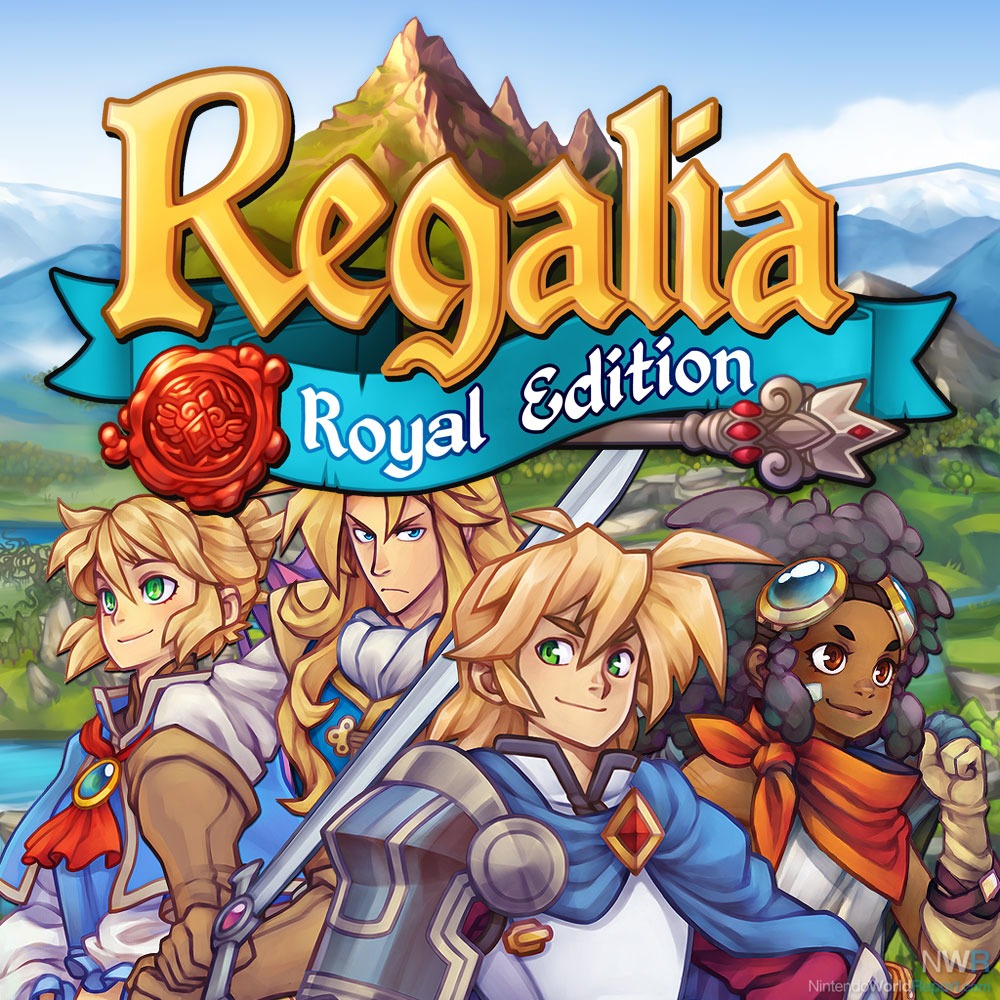 With the exception of Shovel Knight, I haven’t had much luck with titles that relied on funding through Kickstarter. When it came time to find someone to review the royal edition of Regalia: Of Monarchs and Men, I went silent like the kid at the back of class hoping not to be called on by the teacher. I accepted the duty begrudgingly and took on the review. To my surprise, Regalia was a joy to play and has reminded me of the perils of judging a book by its cover.

Expectations were thrown out the window from the outset upon my discovery that Regalia is not a typical RPG and is in fact a parody of the genre. The main story revolves around the Loren family, Kay along with his sisters Gwendolyn and Elaine discover that they are the descendants of rulers of a long destroyed city state called Ascalia. Instead of your typical adventure that sees valiant heroes reclaim their birthright through heroism and hard work, the Lorens discover that their ancestors were reckless with spending and have burdened them with a crushing debt that needs to be repaid. With the help of your sisters and a ghost of an ancestor past, as Kay you need to work on rebuilding the empire in order to hold off the debt collectors from leaving you with nothing. 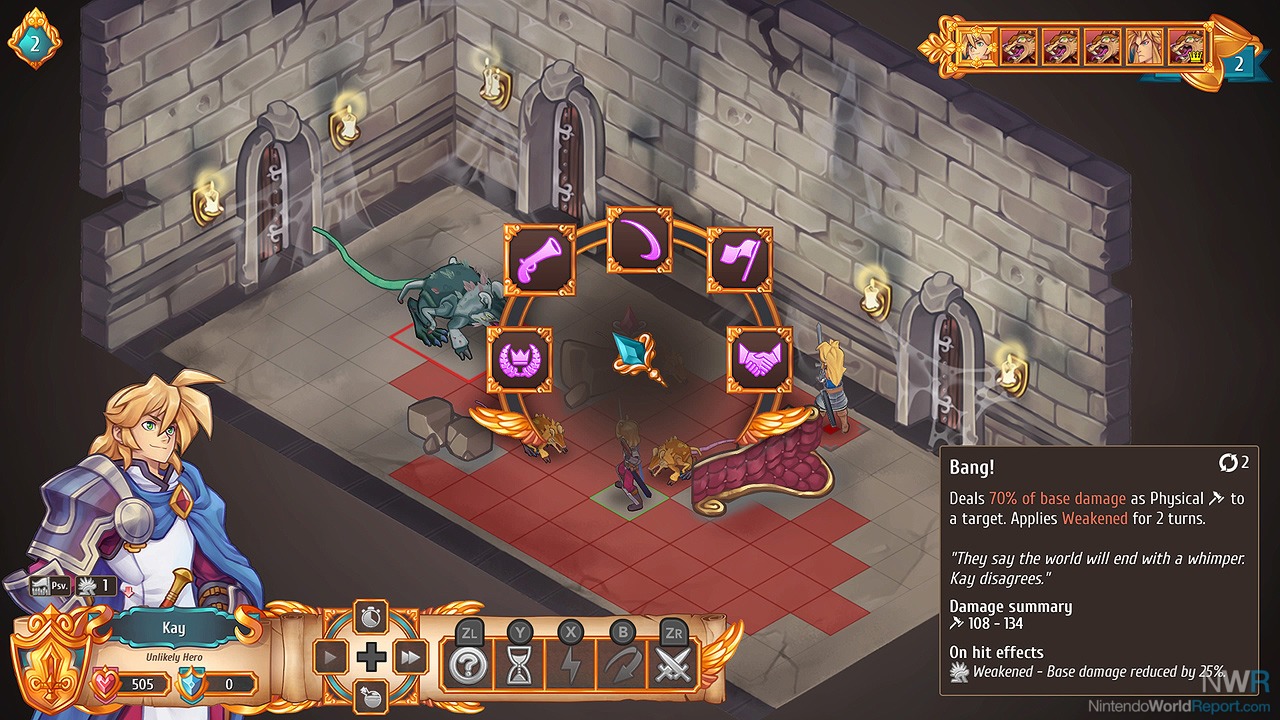 Progression through the story is dependent on completing a specific set of tasks within an allotted time. At the beginning of each chapter, the ancestral ghost will let you know how many of a general set of quests need to be completed before the next debt payment. Some of the chapters also include separate tasks that are demanded by the kingdom folk with a set time for completion as well. This aspect provides a Persona-type vibe. Of the general quests that need to be completed, you have a choice of defeating enemies in different regions around the city, building up relationships between Kay and the different townspeople, rebuilding and upgrading shops and buildings within the city, and a number of different item creation tasks. The amount of time given for each chapter is generous and allows the player a good amount of freedom to play how they choose. You can’t finish the game only concentrating on social links or dungeon crawling alone but at the same time you won’t be forced to focus on your least favorite quests.

Venturing outside of the city to find new allies and conquer threats to your kingdom may be the most entertaining part of the game. Upon arriving at a region, a set map of battles and choose-your-adventure style encounters is presented. Beginning at a starting point you create a path through the different encounters until all the nodes have been completed. Battles have a very Fire Emblem feel to them, as each battle has a single goal in order to succeed, with two secondary goals that provide additional rewards if you manage to complete them as well. A set grid for the battle field is displayed and you place your party in the designated starting area. A turn-based battle system begins where each character has four different unique attacks or power-ups to choose from. Using the different techniques, you maneuver the characters around the battlefield trying to defeat your opponents. 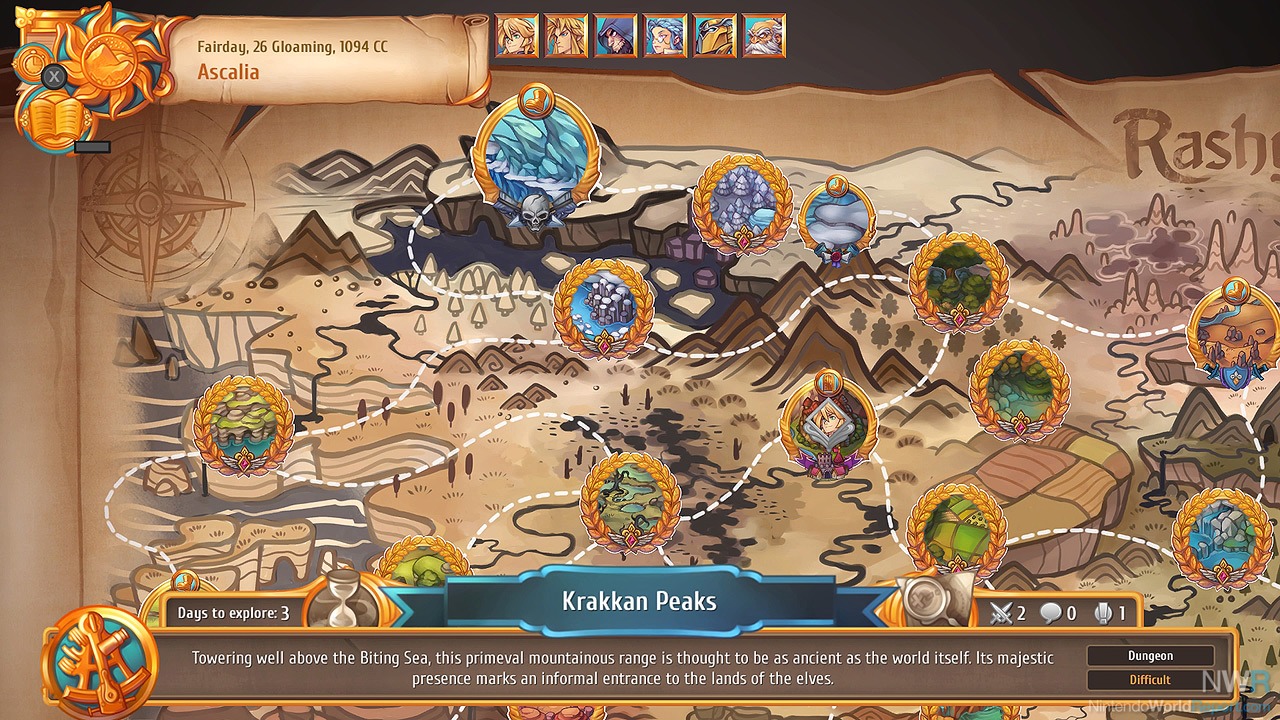 The early fights stay rather simple in order to get you accustomed to the very detailed and sometimes quite complicated battle system. The number of characters you have at your disposal grows as you progress and each has a unique way to attack. The sheer amount of options is terrific for RPG buffs who appreciate variety and customization but casual players could very easily become overwhelmed and find later battles difficult to overcome. Your enjoyment of Regalia may very well depend on your opinion of the battle system. I spent the majority of my playthrough in battle and after hours and hours I still found that each new encounter still felt fresh and engaging.

I can’t help but be impressed with the team over at Pixelated Milk. The sheer amount of content that they were able to pack into Regalia is incredible and the fact that they were able to make it all work is nothing short of outstanding. Apart from the onerous loading times that could alienate a few, the chemistry of blending time management with a complex and engaging battle system while tying it altogether with an engaging story and brilliant voice acting is an achievement that has eluded large development teams with years of game creation experience. I wholly recommend Regalia to fans who enjoy RPGs and I will be the first to put my hand up for the review of the next game this developer comes up with.