Kirby Star Allies is a weird game to pull apart. From the outset, it is clear that this game focuses on its multiplayer component. The levels are straightforward, all packed with numerous moments where communicating is important. This new Kirby adventure hits all of the series sweet spots without any major issues, but the emphasis on multiplayer has a dark side. It is lacking as a single-player game, which is where it takes a major step back from the similar Wii game Return to Dream Land.

The wrapper of Star Allies is quite nicely put together. Kirby comes face to face with an unknown space threat, which is planning to harm everyone in the wider Planet Popstar. Allies and rivals alike are acting out of character, almost as if they are being controlled. Our good pal Kirby is, however, ready to investigate the matter. It takes about four worlds to bring the characters back to their senses and restore Popstar to its normal jovial state. The quest for making these characters normal again manifests in a new mechanic where Kirby can throw a heart at enemies and turn them into friends or more aptly, Star Allies. 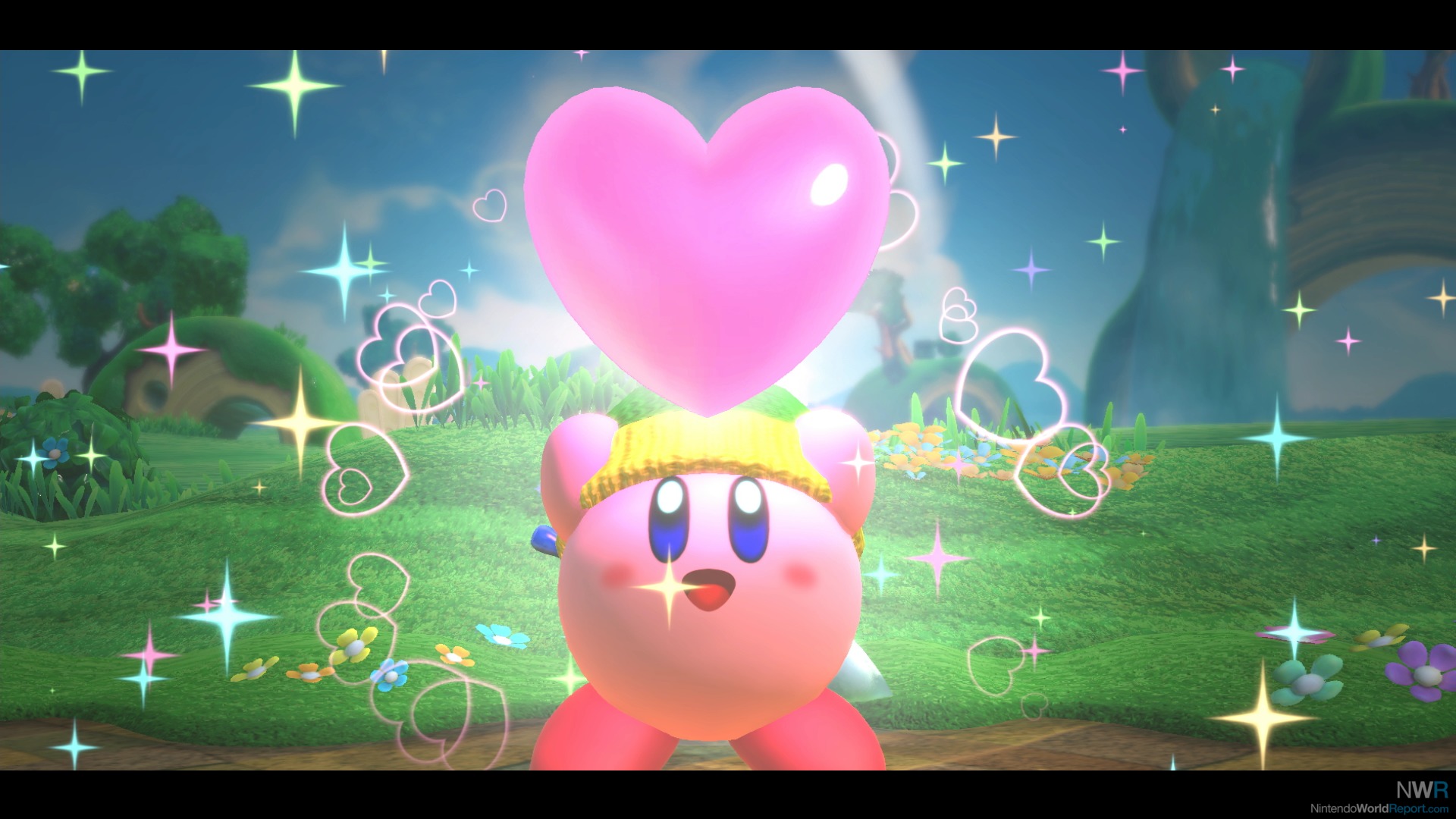 The solo player or player one controls Kirby mostly. His base set of moves haven't really changed, which is honestly a good thing. Kirby can walk, run, jump, climb, slide, and hover his way through various platforming stages. Naturally, you can also swallow up enemies for a variety of powers. With every ability, the control shifts just a tiny bit to offer various adjustments to movement. Nothing earth-shattering, but definitely noticeable.

The abilities are more than just something to give Kirby new powers. The second to fourth players, or all in other modes, get to control the various enemies Kirby shares a heart with. Kirby Star Allies gives you the chance to control your favorite enemies from the franchise, ranging from the Waddle Doo to Bonkers, from Sir Kibble to Poppy Bros. Jr. Other characters can exclusively be played in this style, like Meta Knight and Chef Kawasaki. This adds to the uniqueness and variety that the experience offers, especially in multiplayer.

What helps is that each of the abilities move about differently, keeping each one very engaging. Personally I found a lot of mileage in NESP (the ESP ability). Sure, he moves slower than most other characters, but his magic is nothing short of amazing. Next to that, he can stay in the air quite a while and teleport at will. With both existing and brand new allies, Kirby Star Allies offers a grand total of 27. 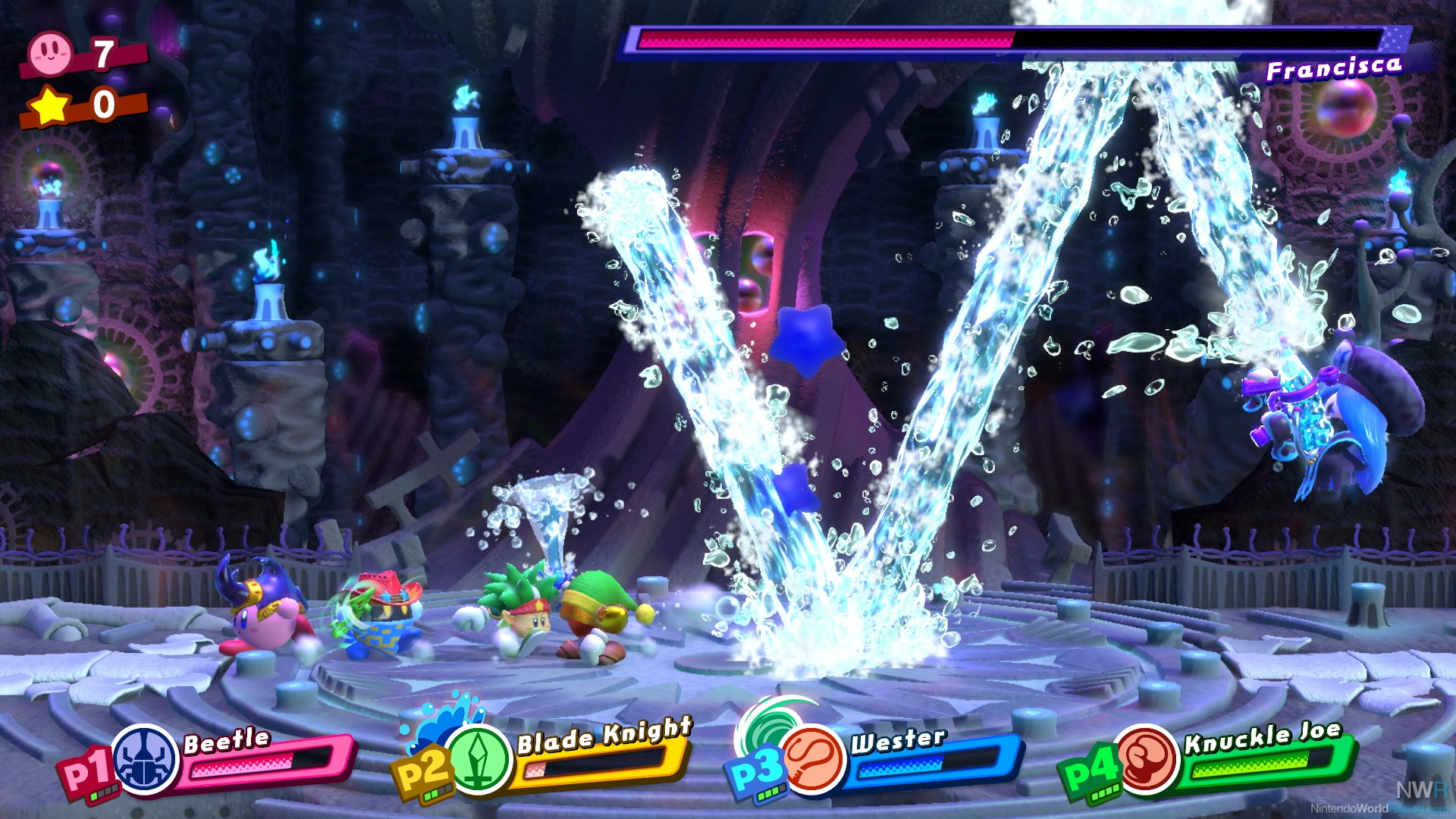 Friend Abilities ups the ante on top of the new controllable enemies and copy abilities. They combine the powers of two friends, opening brand new paths. A good example is how you can add fire to the stick ability and burn otherwise unreachable objects. Star Allies makes usage of these abilities by throwing them into puzzles, with each one ensuring that the right tools are always near you so they are never annoying or frustrating in any way. At the same time, it means that there is a big red flag going off when you see a random ability just standing there. It is a bit on the nose.

The sheer variety of the stages in Kirby Star Allies is another highlight. It begins with the map screens, which can be explored in full 3D. While the initial one might not be that exciting, the game grows and builds in a way that you might not expect. I will say that the fourth world is amazing to explore and leave it at that. Before you get to that point though, you will explore the wonderful environments of both Dream Land and Planet Popstar. They are some of the most beautiful worlds seen in a Kirby game, and that is saying a lot in my book. The levels are sharp, colorful, and unquestionably vibrant.

Personally I was very impressed with the variety present on Planet Popstar in particular. The usual environments, which you would see across a few worlds, are here together in a tightly packed group of levels. There is the autumn elements of Friendly Field that swiftly make way for the beach in Reef Resort. Each has its own preferred set of abilities for the various secrets, making every journey delightful. With a nice slew of bosses, obstacles, and enemies, the game looked quite the part. 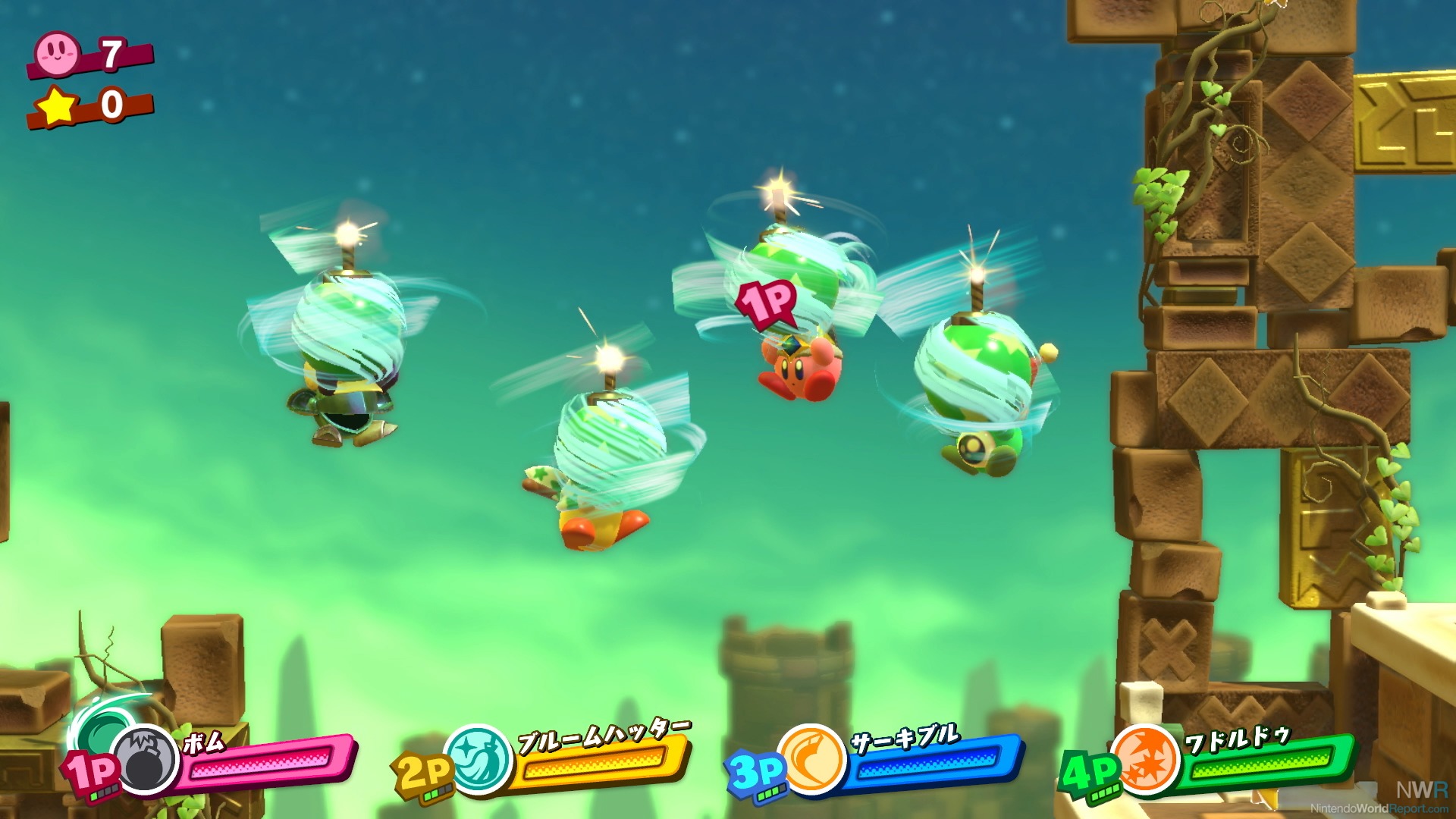 Unfortunately, Kirby Star Allies' main campaign wasn't that enjoyable when I played it alone. Many of the best elements require multiple players on the screen, which makes it fun. When I played it alone, I was stuck with three CPU buddies. That isn't the end of the world, but they have two halves to them. On one side, they are quite trigger happy and basically go all in on enemies and bosses alike. This could be considered a good thing, but it made the journey quite an easy one. The other half comes to play with obstacles and ability combining. Sometimes they will show the same rapid behaviour, while at other moments they will complete tasks completely on their own. In any case, I didn't feel in control enough alone.

In multiplayer, I am also a bit more lean on the shortcomings. The lack of collectibles is a major one. With just puzzle pieces for you to grasp, the satisfaction of completely nailing a level isn't really there. The pieces aren't out of the way either, so nine times out of ten, I already had all of them after a single play. To some degree, I miss the point-to-point action in the Nintendo 3DS games and Return to Dream Land. Star Allies eases you more into every screen, and gives you time to settle in before moving on. With friends, you barely notice it, but the problems loom larger solo.

Next to the Story Mode and two very boring mini-games are two additional modes that open up later. Guest Star ??? Star Allies Go! sees you taking one of the 27 abilities and play through five quicker stages in a race to the finish. Some of the levels here are remixed and require you stay focused at all times. The other option, The Ultimate Choice, is a boss rush mode of sorts that leads to earning additional puzzle pieces for the art gallery. These post-game modes were the most fun I had, regardless of the setup or amount of players.

I really like the way this game looks, and after not playing Kirby: Planet Robobot, I was looking forward to playing another Kirby game. I would most likely play it exclusively single-player though, so it's disappointing to read that the experience really leans that heavily on multiplayer to be enjoyable. I always expected multiplayer to be the best way to play, of course, but I was hoping that HAL Laboratory managed to strike a better balance with the single-player than it sounds like they did.

On the plus side, I have to choose between getting two of Kirby Star Allies, Ni No Kuni 2, and The Alliance Alive this month, and I guess this makes that decision easier. The previews for Ni No Kuni 2 seem to be really good, and The Alliance Alive is by all accounts a step up from The Legend Legacy (which I already really liked). I really wanted to play a good Kirby game on Switch though.

Sounds like the usual Kirby platformer to me.  Easy main game with harder extra content for those looking for a challenge.  This is why Return to Dreamland is my favorite Kirby platformer since it had all those challenge rooms that were actually challenging if you wanted the get Gold, and insane if going for Platinum.  Plus combined with the True Arena it was the best easy to challenging content ratio in a Kirby platformer.  This is why Triple Deluxe was a huge downgrade to me because they removed them, leaving only the True Arena and that Dedede rhythm minigame as the only form of challenge to me.

This is why I don't put too much stock in reviews of Kirby games since Triple Deluxe scored better then Return to Dreamland, and yet it was inferior in every single way to me.  So Star Allies is the kind of game I need to play for myself since Kirby reviews have never given me a good idea how much I'll actually enjoy each game.  Since the main games are always insanely easy to me, this game will live or die by just how good the post game content is.  Of course I've heard some reports that this games True Arena is the hardest one yet so that already makes it a must buy for me to experience if this is true or not.

Im fairly new to the Kirby series, the first game I played all the way through was Robobot, which was really good. I was hoping this would be as good, but I had a feeling the multiplayer aspect would let it down.