Who knew reading a book on the Switch could be this much fun. 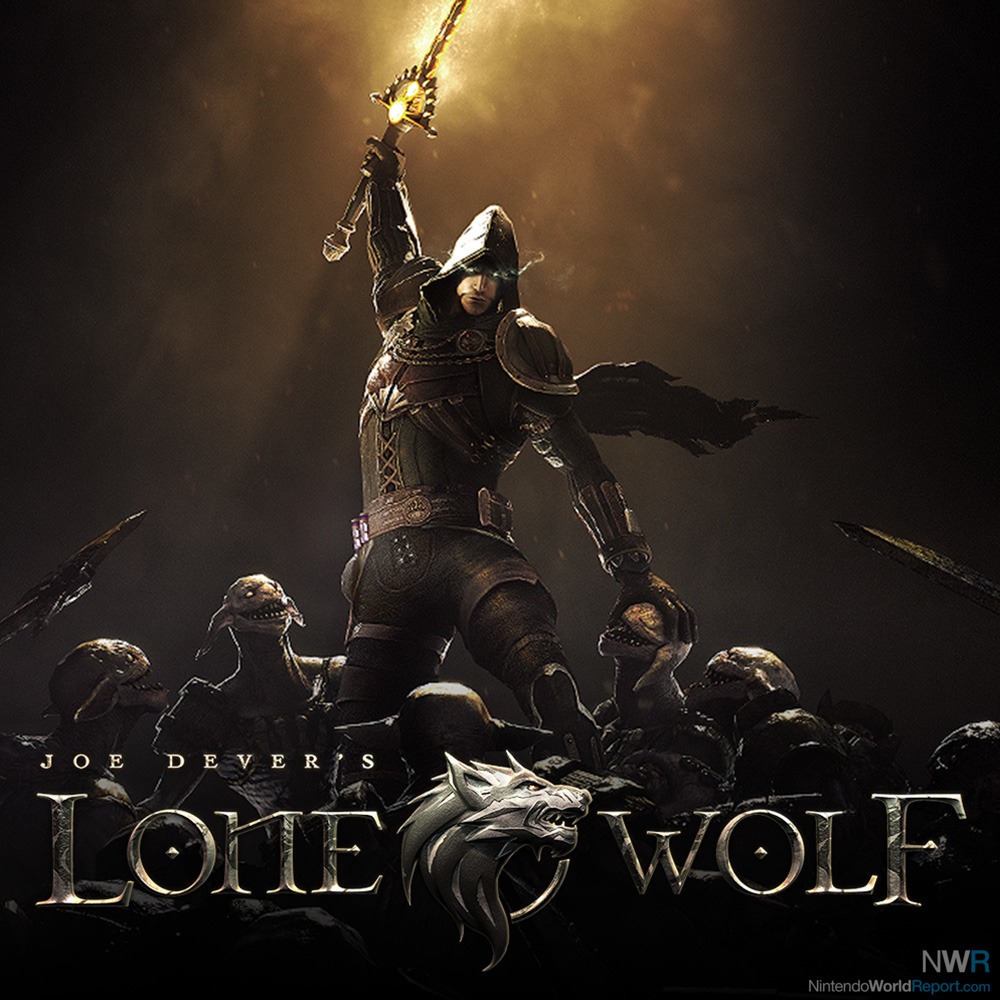 I feel like time and time again, I always manage to find some form of media worth consuming, only to find out I’ve come in at the end of its run. Unfortunately, it’s happened to me yet again. Before Joe Dever passed away in November of 2016, he worked on the marvelous new game for the Switch, Joe Dever’s Lone Wolf. Capturing the essence of his gamebooks published in the ‘80s and ‘90s, and written by the man himself, Lone Wolf perfectly balances an engaging story with a well-developed battle system.

One of my favorite aspects of Lone Wolf is that it’s played within one of his books. The title screen opens with a view of a medieval European-inspired book on a pedestal. Upon opening the book, the first of two gameplay phases is introduced: reading the story on the pages and then making choices of how to proceed therein. The first set of choices determine what kind of warrior your character will be, whether its a headstrong fighter, a battle-hungry warrior, or a nimble combatant. After making a number of additional decisions that determines the types of choices available later on, a beautifully ink-animated cutscene sets the foundation of your journey. 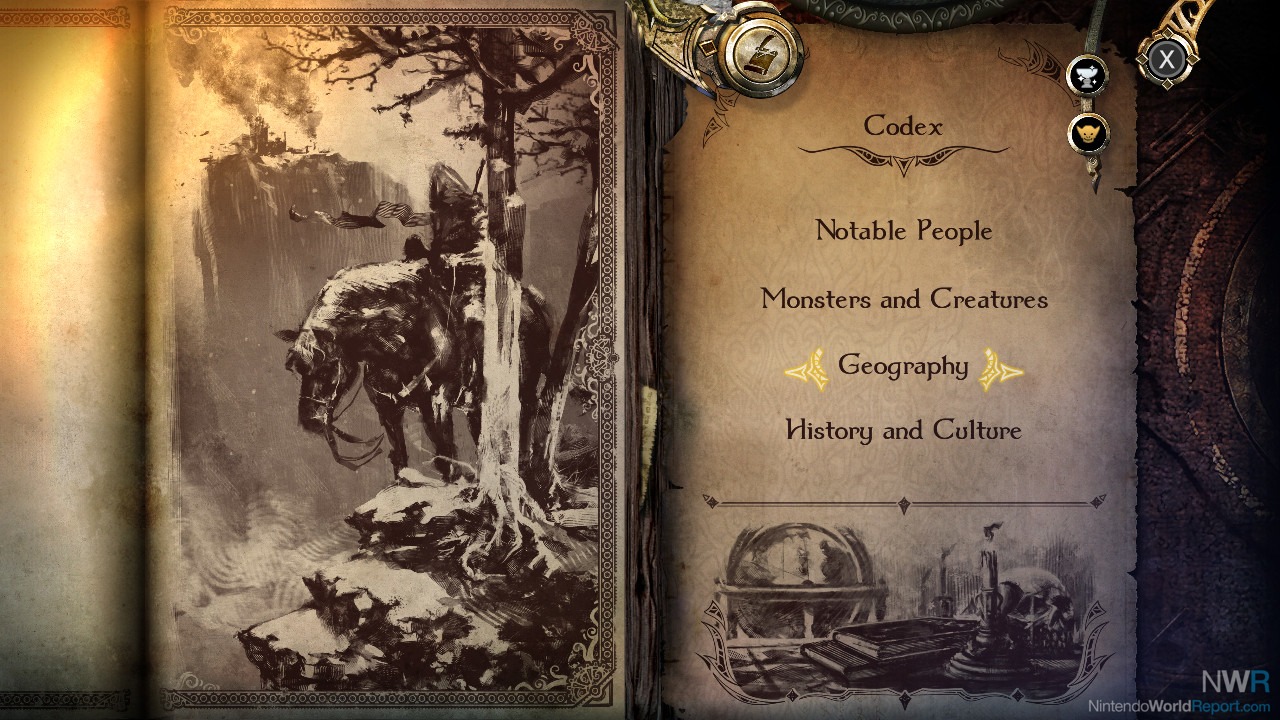 The artwork is nothing short of stunning. All of the images that appear in the book are beautiful hand-drawn artwork that looks straight out of the Middle Ages. The game map has a very Tolkien-esque feel to it, looking magnificent on the Switch. Progression through the story is done by reading pages in the book and then making decisions on how to proceed when presented with a conflict. For the most part, this process works well until you need to access your inventory system within the book. The interface is easily the greatest flaw as it’s a chore to even select the the inventory system, let alone to use it and make necessary changes.

The second phase of gameplay, and where the game really shines, is the intricate battle system. Progression through the story is halted when it’s time to face an enemy and the confines of the novel are left behind, opening into a battlefield with enemies. My RPG-loving juices begin to flow at the organized complexity of battle. No less than three meters dictate battle: Vitality, Endurance, Kai Power all have to be monitored while the tactical time meter provides a limit of the amount of choices you have to make. It all sounds complicated but after a couple battles, everything quickly makes sense. Vitality is simply the character’s hit power, Kai could be viewed as the magic available to provide energy for special abilities, and Endurance is the energy to use your weapons. 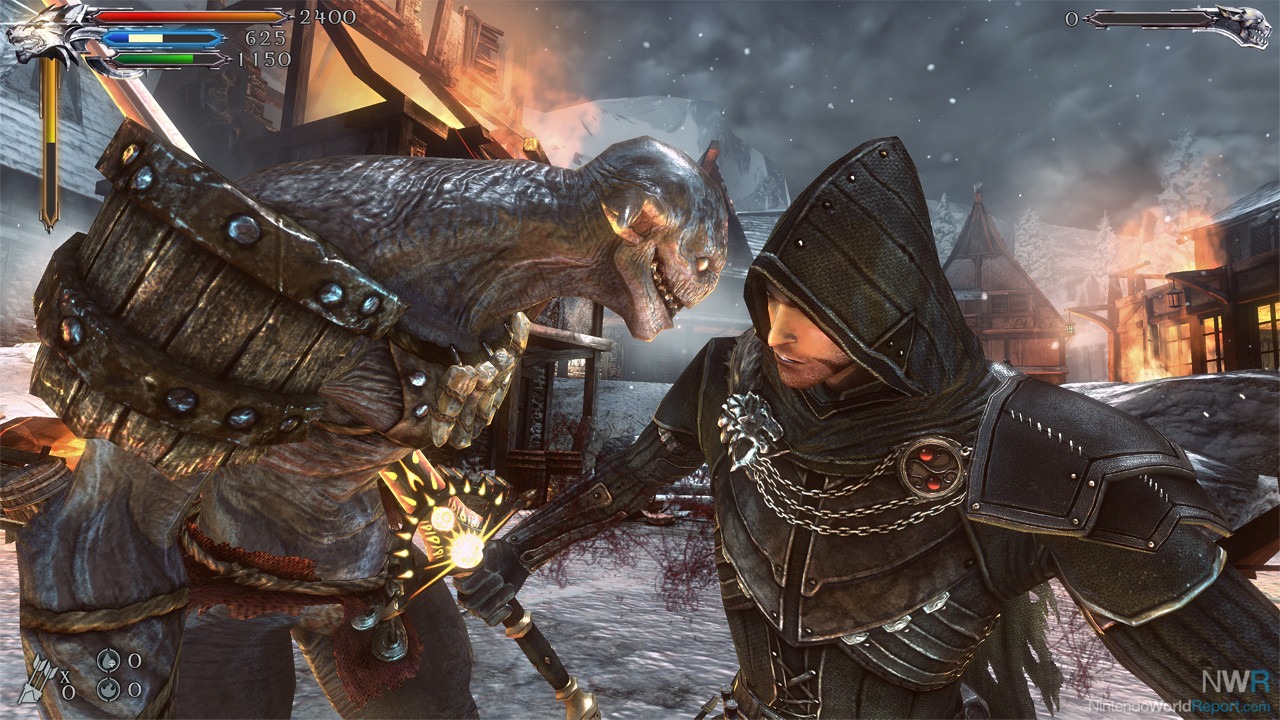 Hopefully I haven’t lost you yet because there’s more. Three physical moves are assigned to each arm depending on what’s in your hand. Four specials are available for use based on those initial choices you made about at the beginning. And you have a pocket on your leg that can hold ranged weapons like throwing knives or a crossbow. Not to make it any easier, each option in battle has a cool-down period, so not only must Kai and Endurance meters be balanced while the Tactical time meter is active, but the moves available have to be considered lest your hero is open for attack. Granted this system may be overwhelming for the casual gamer, but it should leave RPG fans salivating.

Perhaps understanding that the learning curve may be difficult for most, Lone Wolf is very generous when it comes to death. Upon losing a battle, the option of restarting the battle as you began it is given, with no penalties to the character. If the battle requires a change of strategy, the novel can be reopened to make tweaks to your gear.

Lone Wolf only gets better the further into the game you get. The writing is superb, from the terrific pacing of the story to the interactions between the characters you meet along the way. Spending half of your time reading text on a screen doesn’t sound like the most fun until you realize just how engaging the story is. It’s a shame that Joe Dever passed a little over a year ago as I would have loved to have seen more Lone Wolf titles on the Switch. Instead, I will continue to thoroughly enjoy his final game, and make sure to read the work he left behind.