Utilizes mechanics that should have stayed in the Stone Age. 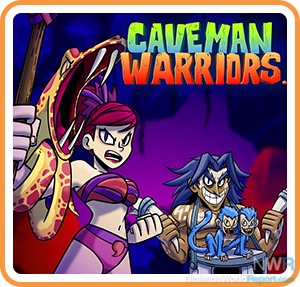 Kickstarter campaigns are a dime a dozen and more often than not fall short of their goals, so it’s no small feat for a developer to not only raise enough funds but to also bring the game to market. The latest example of Kickstarter success on the Switch is Caveman Warriors from Jandusoft. Inspired by games like Joe and Mac and Metal Slug, Caveman is a side-scrolling action-platformer that invokes 90s nostalgia. Although it’s fairly polished considering it came from a small developement team, the dated gameplay makes this title largely forgettable.

Caveman Warriors is fairly light on story, relying almost solely on its gameplay for enjoyment. The structure of each level is consistent, moving from left to right while using weapons to defeat enemies along the way. In single-player mode the player can swap between any of the 4 warriors at any given time to utilize each of the unique abilities. Each character feels roughly the same, all generally walk at the same speed and jump the same height. The uniqueness of the warriors is in their weapon choice and special ability. The choice of weapons will mostly be based on your own preference in using an axe, spear, boomerang or chunk of meat. The levels are designed to require usage of each warrior's special ability. Each level tends to focus on one at a time, so for example the first level requires you to use a spear to create ledges while a later stage requires the player to throw meat to distract enemies. 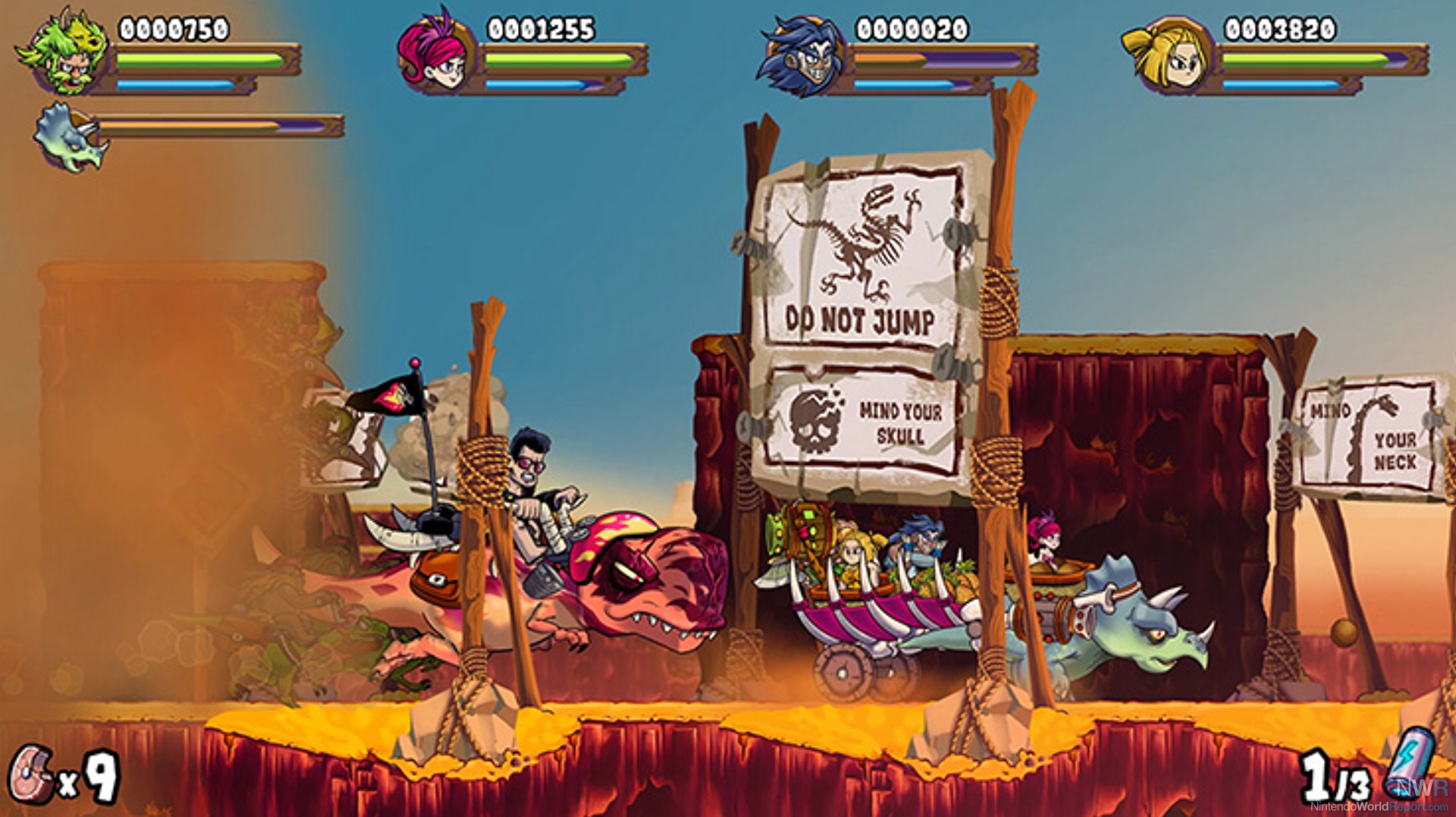 The animation is reminiscent of mobile titles with sprites that resemble Flash-animated cartoons. The jumping and running feel ok: not as smooth and natural as something developed by Nintendo but not bad enough to complain too much. The main irritant is the inclusion of classic knock back upon damage. If you are hit by an enemy the character is pushed backward. The problem with the inclusion of this mechanic is that most levels rely on platforming over open pits or water, which means in a lot of cases getting hit by an enemy is double damage because you will be knocked into the pit as well.

The level design is fairly plain. As you work your way through enemies drop items that slightly recover health. Checkpoints are provided as a starting point after death, but be aware, there is a finite amount of lives so if you are too laissez-faire you may hit a game over and be forced to restart the entire level. The checkpoints are fairly spread out so death can be frustrating. The first level is a prime offender, as defeat at the boss sends you back far enough that a tricky part of the level needs to be completed again to get back to the fight. None of the bosses were too difficult to beat once you establish the pattern. 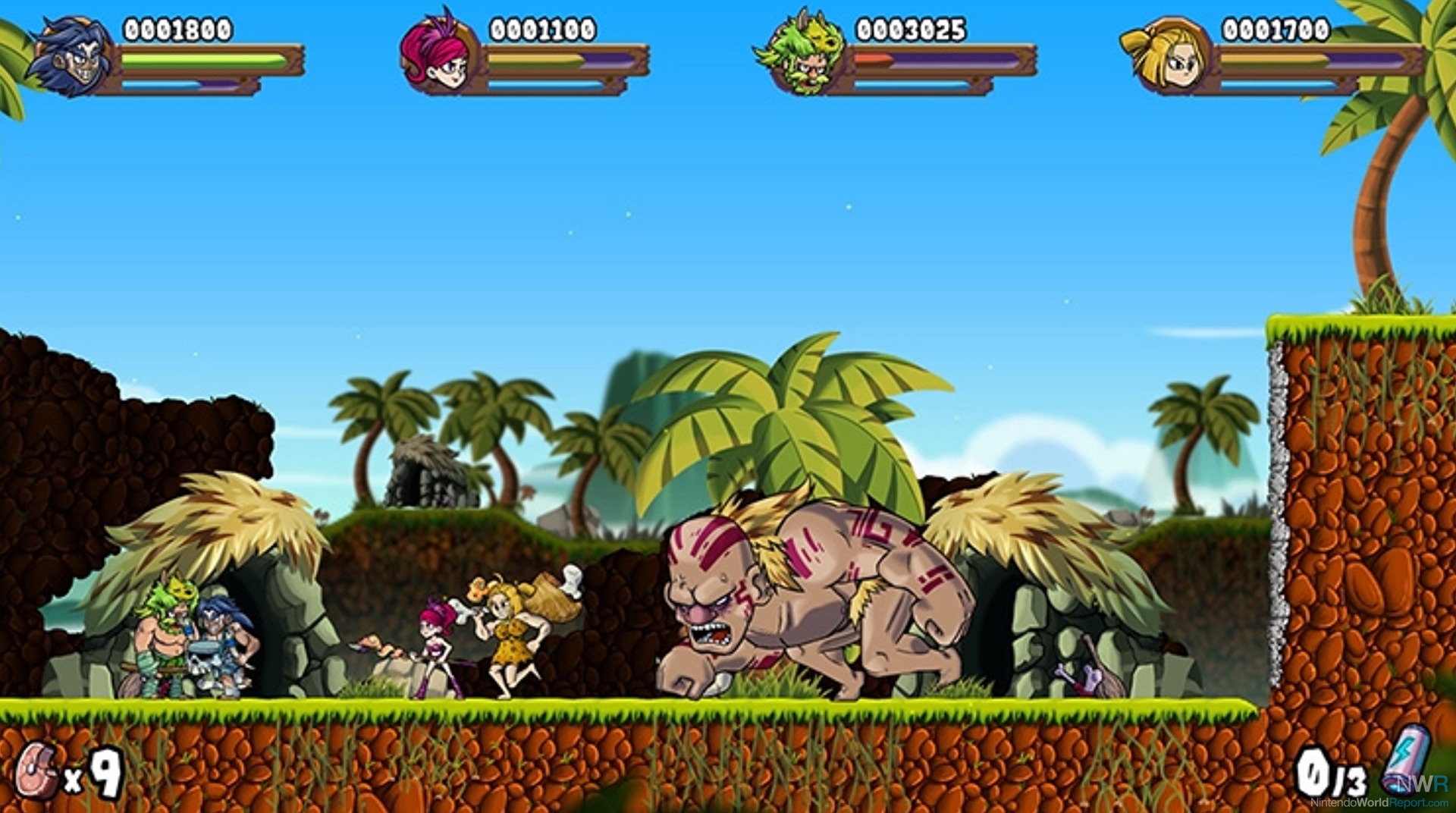 You can play with up to three friends. No single warrior can be duplicated, but if there are less than four people playing you can still alternate through the warriors not in play. Playing with friends does slow down the game play when compared to solo play. The screen remains static, meaning you can only go as far as the last player allows. The right side of the screen becomes a de facto wall for the pack leader until the straggler can catch up. Death for any character is permanent until the remaining players can make it to a checkpoint at which point everyone is brought back to full health. I didn’t find it to be a great game to play with friends, the better players would get frustrated trying to work around the weaker ones, while those same weak players would often find themselves waiting for checkpoints to rejoin the game.

Being a successful Kickstarter campaign means there is an audience out there that enjoys this style of gameplay, Unfortunately, I'm not part of that niche. Knock back is a mechanic that should not be considered nostalgic, it should just be forgotten. I also ran into a few glitches that ranged from strange to game breaking. The worst glitch was a boss that I somehow defeated prior to his dungeon, only to have him partially reappear in the dungeon with no health and undefeatable. For the action-platformer fan, this title would be low on my list of recommendations.