Everything about this game is electric. 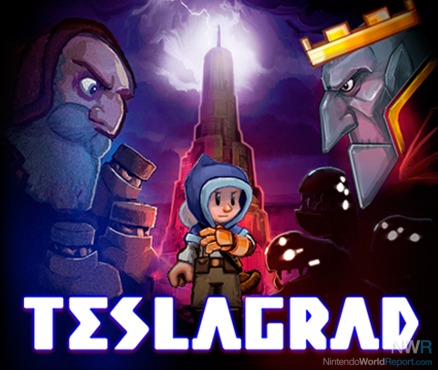 One of the most elusive elements for developers to get right in gaming is pacing. There isn’t a formula that can be universally applied, nor is there a precedent that can be copied from a previous title, it all comes down to a simple feeling about the game in front of you. Thankfully Rain Games, whether by design or sheer luck, has found the perfect pace to its first release on Switch, Teslagrad. It’s a hard game to take a break from, every time the gameplay felt like it may slow down and get stale a new element was introduced, making this one of my favorite indies to date on the Switch.

Teslagrad wastes no time getting you into the action, with no opening introduction or tutorial, just a mother pleading for her son to run. The setting is a steampunk Russian city currently under siege by goons dressed in stereotypical Cossack garb. You play as the boy on the run. Clearly there is something special about the main protagonist as it’s implied that he is the target of the raid. Running across rooftops in 2D, the boy enters the abandoned Tesla Tower at the city's center. Inside the tower is where the remainder of the game takes place as the boy makes his way through the tower, unlocking the secrets and learning the back story through puzzle platforming. 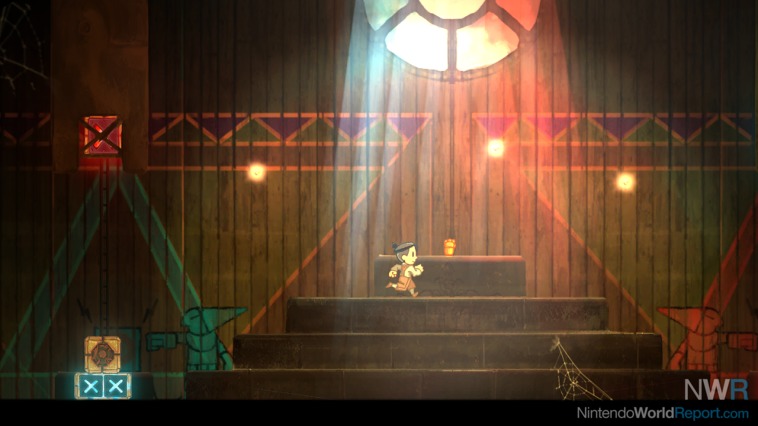 The real genius of the game design is that the developers were able to create a Metroid-Vania without the annoyance of having to double back to already explored areas. The tower is broken up into four main areas, with each theme based on the equipment that is found along the way. For example, upon entering the tower the first item that is uncovered is a gauntlet that has magnetic powers. The puzzles that follow require a combination of platforming and use of the gauntlet that has the power to positively or negatively charge certain platforms and items. Each main area is concluded with a boss battle that then requires skillful use of the item to defeat. Each area has a perfect length, long enough that I felt a real challenge to progress but short enough that the boss battle comes just as it feels like the puzzles could become stale. Once the boss is defeated the next piece of equipment is presented and becomes the focus for the next area.

Teslagrad is able to avoid many of the common mistakes that are typically found in Metroid-Vania style games. Most importantly, doubling back to already visited areas is not necessary. Every new piece of equipment is used going forward, not to go back and access a previously inaccessible area. It also does a terrific job not forgetting about items you already have. After acquiring new equipment, the puzzles that proceed it do focus on its usage but all of the previously acquired items are still utilized as well. This gives the feeling of growth for the character as you proceed through the tower as opposed to simply trading one item for another. 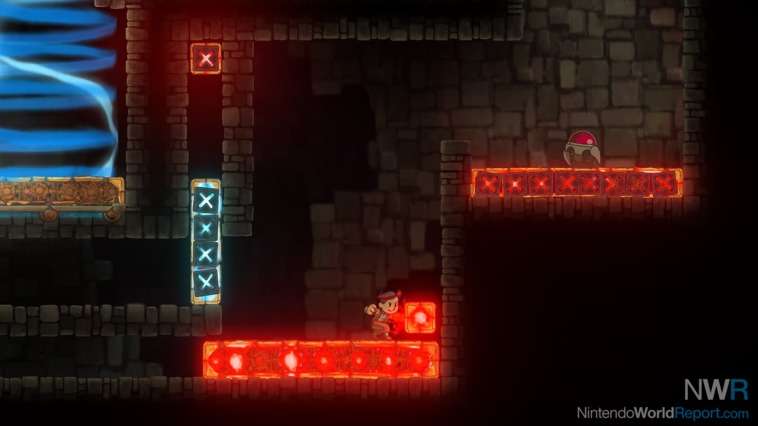 The skillful implementation of the level design and progression pacing is only matched by the beautiful hand-drawn artwork and splendid musical composition. The sprites are wonderfully detailed with the colors really jumping from the screen. The movement is smooth and you always feel in full control of your character. The background music is subdued while you work your way through the puzzle sections but becomes more focal as you enter into important areas. The contrast is exhilarating because the music highlights the importance of certain scenes and translates the emotions of what you’re experiencing.

Teslagrad is an experience any puzzle-platformer fan won’t want to miss. Even for someone who isn’t a Metroid-Vania fan, it was hard to force myself to go to bed. I ended up playing the final hour of the game at 2am because it was too exciting to leave for the morning. It was a perfect ending to a fabulous game. If you’re new to the indie scene and looking to get your feet wet this is the perfect game to get you started.

How has the game changed from earlier releases?


I played on Wii U, and it was astoundingly mediocre. Reviews for previously released versions also consistently float in the 75-80 range citing a game that is attractive but has some design/gameplay flaws.


Yet this review (and at least one other review for the Switch release) seem to suggest it's much improved?
Complaints before were centered mostly around controls being a little bit loose, and the physics not always responding the right way; there were also a few bugs in the game, which I've read are still present (not always, but often enough) on Switch.

Yeah I'll jump in too and say that I paid full price for this on WiiU and thought it was pretty bad and was bitter about it. Like, 5/10. There's really just something off and not fun about the gameplay, and I don't think it could really be improved with a port.

Sorry I’ve never played it on Wii U so I can’t comment. Controls felt precise to me, never felt like I wasn’t in control. The only time the physics felt weird was when using reverse polarity magnetism to jump higher but to me that’s intended. If it were easy to use the magnetism it would be unnatural.

The Wii U release was quite a while ago, so it's entirely possible that controls or in-game physics have been tweaked. If anyone ends up playing both, I'd be keen to hear if that's the case. I have still heard reports about notable bugs on Switch version, but not about it freezing the console which would be an improvement.

Sorry if I sound bitter... (I probably do!)  This was a game that I was really looking forward to, and had extremely high hopes for. Despite great art and an interesting premise, I felt like the end product on Wii U was just an average indie release instead of reaching it's fully (imagined by me) potential. That's probably not a fair way to judge a game though.


Glad to hear you really enjoyed the game. Don't take my griping too seriously - it's just a different opinion. :)