It’s like Iron Chef but with match-three puzzles, side-scrolling combat, and fantasy tropes.

I have a major soft spot for games that blend together disparate gameplay into a single experience, such as Puzzle Quest’s fusion of RPG and match-three puzzling. Usually, these genre-bending works very deliberately bring together two distinct gameplay types in a way that, while still fun, can feel segmented. The glory of Battle Chef Brigade, Adult Swim Games’ publishing debut on Switch, is that the concoction of gameplay on display effortlessly flows together, merging an intricate take on match-three puzzling with focused beat-’em-up segments and even an RPG-like story and progression. 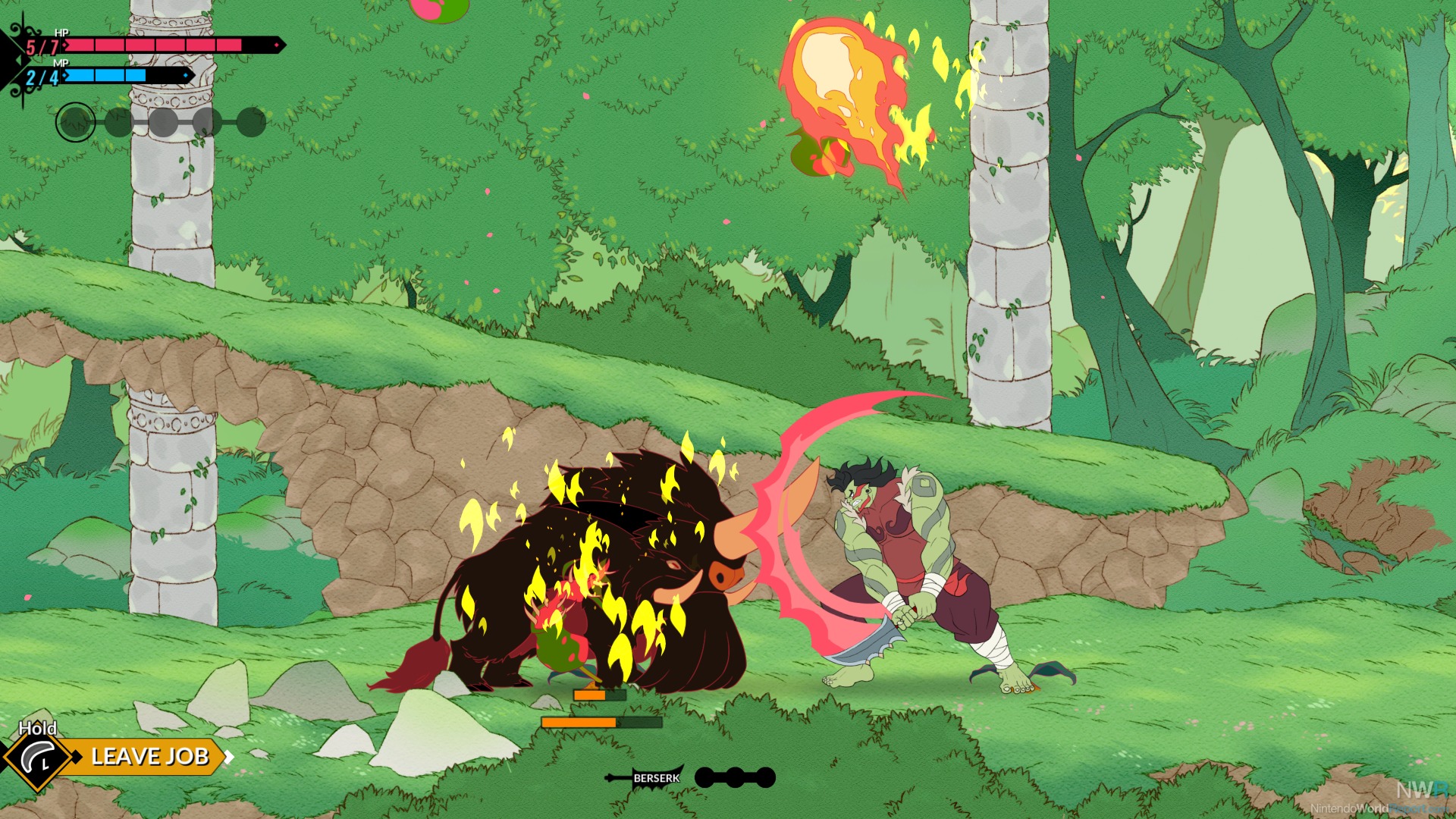 That gameplay fusion hook drives the entire experience forward. While numerous side modes and mini-games focus on specific aspects, the meat is in the battles themselves, mimicking real-life cooking competition shows, just in a fantasy world with orcs and dwarves. Judges give you and your opponent a theme and ingredient, and then you have to use the limited time to go from killing wild animals in a side-scrolling arena for ingredients to bringing the ingredients into the kitchen and efficiently placing and matching colored gems to make a powerful meal that meets the judge’s requirements. The back and forth of these battles is frenetic, but in a good way. Time is always of the essence, so the major challenge is balancing the different tasks to create the right meal for the duel. A steady stream of twists and new mechanics keeps the gameplay fresh, even when the going gets a little repetitive. The pace of the campaign worked excellently. Pretty much every time I thought I had a firm handle on the game, another wrench was thrown in to liven up the proceedings.

The initial focus is on the deep and well-told story, which starts off with a wannabe Battle Chef named Mina who sneaks away to compete in a storied tournament to join the ranks of the fabled Battle Chef Brigade. From there, the adventure goes in a variety of fun and interesting places, spanning multiple characters and a variety of twists. While the bulk of Battle Chef Brigade is in its competitive fantastical Iron Chef gameplay, the heart is in the characters and the world. The incredible hand-drawn visuals and vibrant animation paired with the great writing and charming characters make Battle Chef Brigade often feel like an adaptation of some cult classic cartoon show I missed out on. It’s not like this story reinvents the wheel or anything; it’s just a super charming tale embellished through the power of excellent voicework and good sound design. The polish, especially in the story department, is amazing. 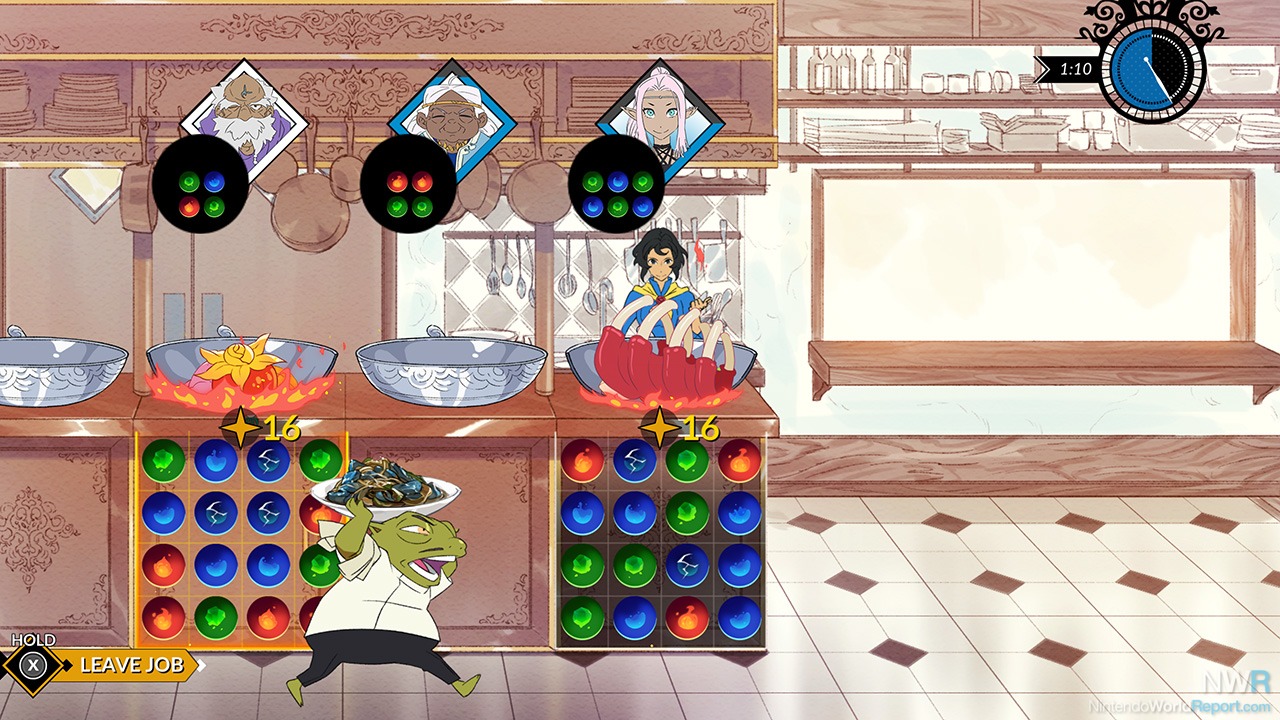 The story might be the main draw, but a few other modes add even more to the Battle Chef experience. The Daily Cook-Off features a distinct battle for every day, complete with online leaderboards. A slew of other challenges are also nestled in, though I didn’t find those quite as compelling as the daily mode. And that’s my biggest issue with the game. The supporting modes should extend the life of Battle Chef Brigade, but they don’t necessarily house its biggest strengths. The gameplay is all well and good, but removing the driving force of the story to break it up, I’m not quite sure how long I’ll be doing Daily Cook-Offs.

Those complaints don’t harm the main campaign, which is fantastic through and through. Mina and the rest of the cast are genuinely fun to spend time with. Battle Chef Brigade is an absolute feast of a game on Switch, with a highly polished story and a brilliant fusion of match-three and action. It might be coming out in a busy time of year, but this is a game not to be missed.

This game is rocking my world.