The only ingredient that’s more dangerous than a giant dragon? Hulkaroos.

Alongside the Nintendo indie showcase earlier this month, Adult Swim Games announced that three of the games they published would come to Switch: Toe Jam and Earl: Back in the Groove, Duck Game, and Battle Chef Brigade. I had some idea what the first two entailed, but I had no idea what to expect from the latter. After running through a recent demo, it turns out Battle Chef Brigade hits nearly all of my buttons. 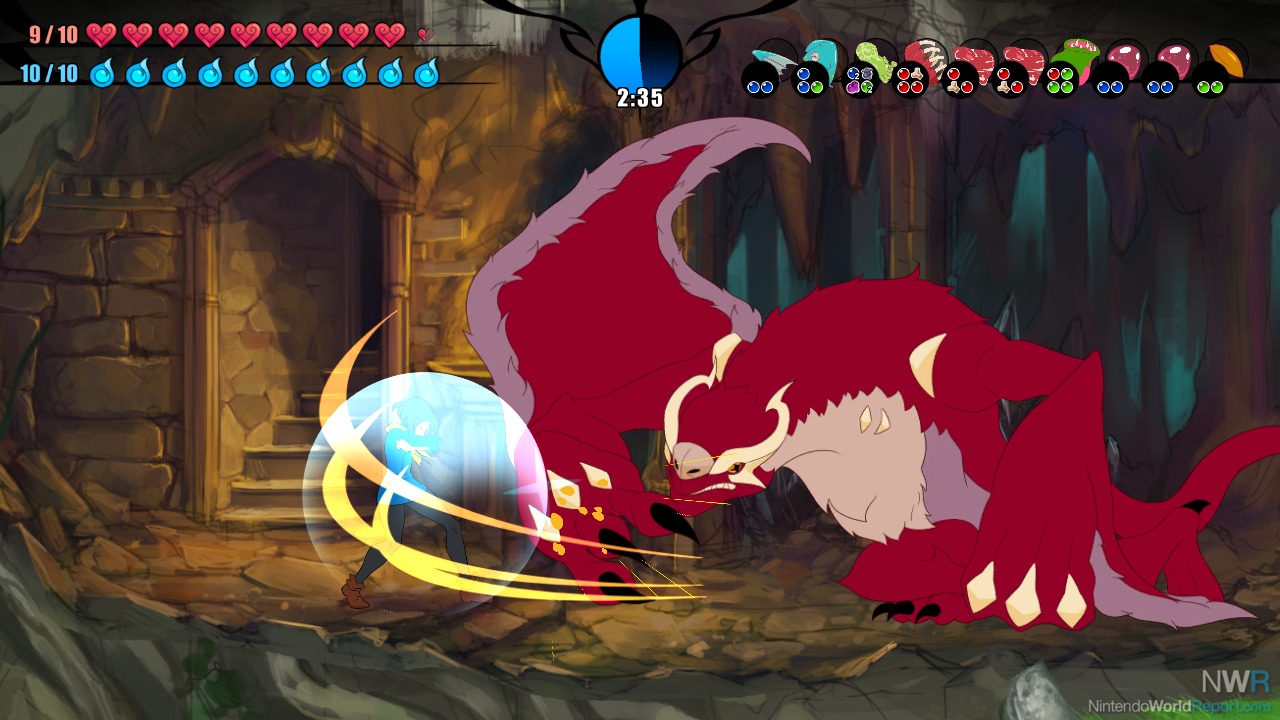 The Twitter-length description of Battle Chef Brigade would be “Iron Chef where you hunt what you serve and cook by playing a puzzle game”. In the demo, I played as the newest member of the Battle Chef Brigade, Mina. She was a bit lazy, but was a good cook in her family restaurant, and managed to take me through a serving before heading to a larger town to join the Brigade. After some light 2D, hand-to-hand combat, my mission was simple: cook a better dish using a signature ingredient than my opponent. I had just under five minutes to kill the animals that composed the dish, with a key ingredient (charging bull) that had to be included according to the judge. Although I could beat up insects and pick vegetables in my living pantry, I felt that more fire was called for. Luckily, there was a dragon in the forest who provided plenty of hot ingredients after I stomped on it. Repeatedly.

With all the ingredients in hand, it was back to the kitchen with about two minutes to go. Impressing the judge required me to turn up the heat, so I had to pick the right ingredients that gave me more red-colored icons in a 4x4 grid. Once the pot was full, I manipulated the icons into groups of four that, when matched, increased the intensity of the heat. If the dish was more plant-life focused, I would have wanted green icons, and a seafood dish – such as a giant squid – I would want blue ones. Once I got the heat up as high as I could take it, I grabbed the dish and dropped it on the table with just under ten seconds left on the clock. The judge found my dragon-infused beef noodles to be the superior dish, and Mina had her first win on the road to culinary superstardom.

Since the extent of the demo was the single player, I didn’t get a chance to see if there would be a competitive mode like in Duck Game, or even co-op as with Toe Jam and Earl. Even the single player looks like it will be deep and engrossing, with plenty of opportunities for exploration and finding those out-of-nowhere ingredients. Battle Chef Brigade is also a great looking game, with an art style that would fit alongside some of Cartoon Network’s original animation efforts. Mina’s combat is tight, and once I got used to the timing for her dodging, beating down bulls was a breeze.

For a game that I only had the vaguest amount of hype toward before trying the demo, Battle Chef Brigade might be one of the most exciting things I play this year. I want to see what other wacky challenges they’ll throw at me and what sort of techniques I’ll get along the way.