Still radical after all these years.

I reviewed VVVVVV on 3DS back in 2011 and dug it a whole lot. My past hyperbolic self dubbed it “one of the best platformers made in the past decade.” Sitting down to check out the release of Nicalis’ Switch port, I expected a nice trip down memory lane with maybe a few quality-of-life improvements and maybe a few chuckles lobbied at my six-year-old review’s embellishment. Color me surprised when the immediacy of VVVVVV’s brilliance compelled me to knock out the short adventure as quickly as I could. Everything about this game, from the Commodore-inspired graphics and mind-bogglingly awesome chiptune soundtrack to the impeccable and satisfying mechanics, is amazing. VVVVVV is a pure masterpiece of a game, still excellent seven years after its debut, and the Switch version is potentially the definitive release on consoles. 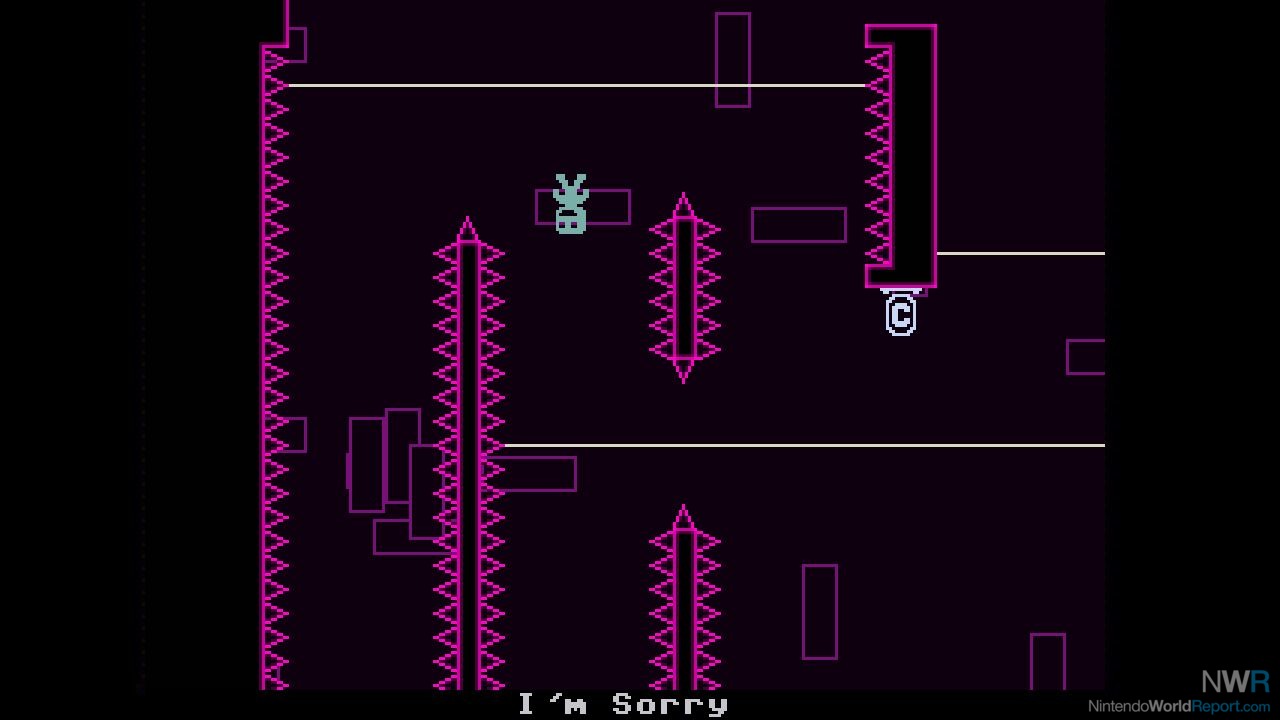 If you’ve heard nothing about VVVVVV over the years, here’s the lowdown: it’s a retro-styled platformer without a jump button. The hook is that the player character Captain Viridian can change his gravity, flipping up and down at the press of a button. This is used for a variety of platforming challenges that increase in complexity with the addition of twists, such as mid-air lines that switch your gravity and scrolling screens. The feel of moving around the world, presented as an open world with discrete built-in levels, is joyous.

The going does get tough, so much so that in the hour and change I spent romping through the main adventure, I racked up hundreds of deaths. A frequent checkpoint system lessens the frustration, but a lot of trial and error does crop up. I don’t think it’s a drag, but I also have played the game a few times before this release (granted though, I haven’t played it since sometime in 2012). A first-time playthrough might take two or three hours, especially if you try to collect all the hidden trinkets. VVVVVV makes up for its shorter length by just being so damn polished and fun. 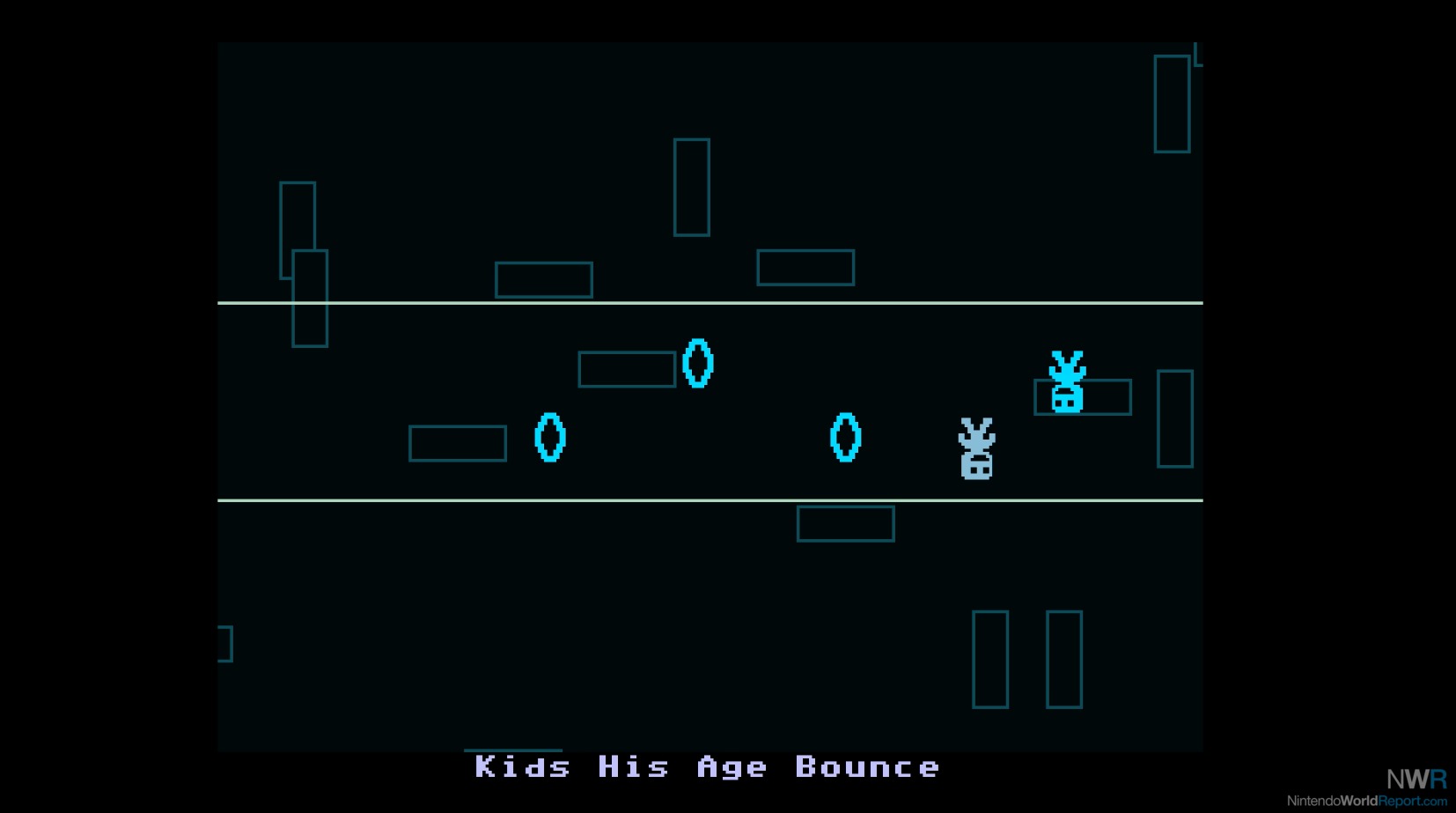 The Switch version debuts a two-player mode that works well with Joy-Con. Co-op play is more novelty than anything else, but still makes for a neat addition. The guest-created levels that have appeared in past versions are here as well, with one from future Switch developer Matt Thorson (of Celeste and TowerFall fame). An array of unlocks for game completion are also available, but they can also be unlocked without game completion if it’s too hard for you or you already played through it and just want to access the bonus content. Nestled in the settings are some other novel options, including analogue mode, which changes the display to that of an old TV.

VVVVVV is a fantastic game, and it’s at its console best on Switch. The main mode, while short in length and quite challenging, is excellent and the bonus levels and options add more to the package. The Switch’s addition of a two-player mode fits the scope of the system nicely even if it feels a tiny bit out of place. But really, all the bells and whistles are just gravy because VVVVVV is, still to this day, one of the best platformers in recent memory.

Does the game have additional levels that 3DS port had?