It’s got 88 problems but frustratingly irritating deaths ain’t one.

Developing a game focused around comedy is a risky endeavour. Humour is subjective, so success will depend on how many people think the joke is funny. One of the latest attempts in this genre comes from Rising Star Games, in the form of 88 Heroes: 98 Heroes Edition.

88 Heroes’ humour is based on parodies of your favourite characters and pop culture references. Seeing armadillos dressed as the Teenage Mutant Ninja Turtles or a character named Rick Roll – who is obviously Rick Astley – are just two examples of characters that brought a smile to my face. Unfortunately, this is, for the most part, where that amusement ends. After the first few laughs have been spent you soon realize all you're left with is a frustratingly mediocre platformer.

The actual point of the game, beyond laughing at the cast of heroes, is to make your way through 88 levels in 88 minutes to stop the evil Dr. H8 from destroying the Earth. After 10 minutes of playing, I was already wishing the Doctor had made it only 8 minutes instead. 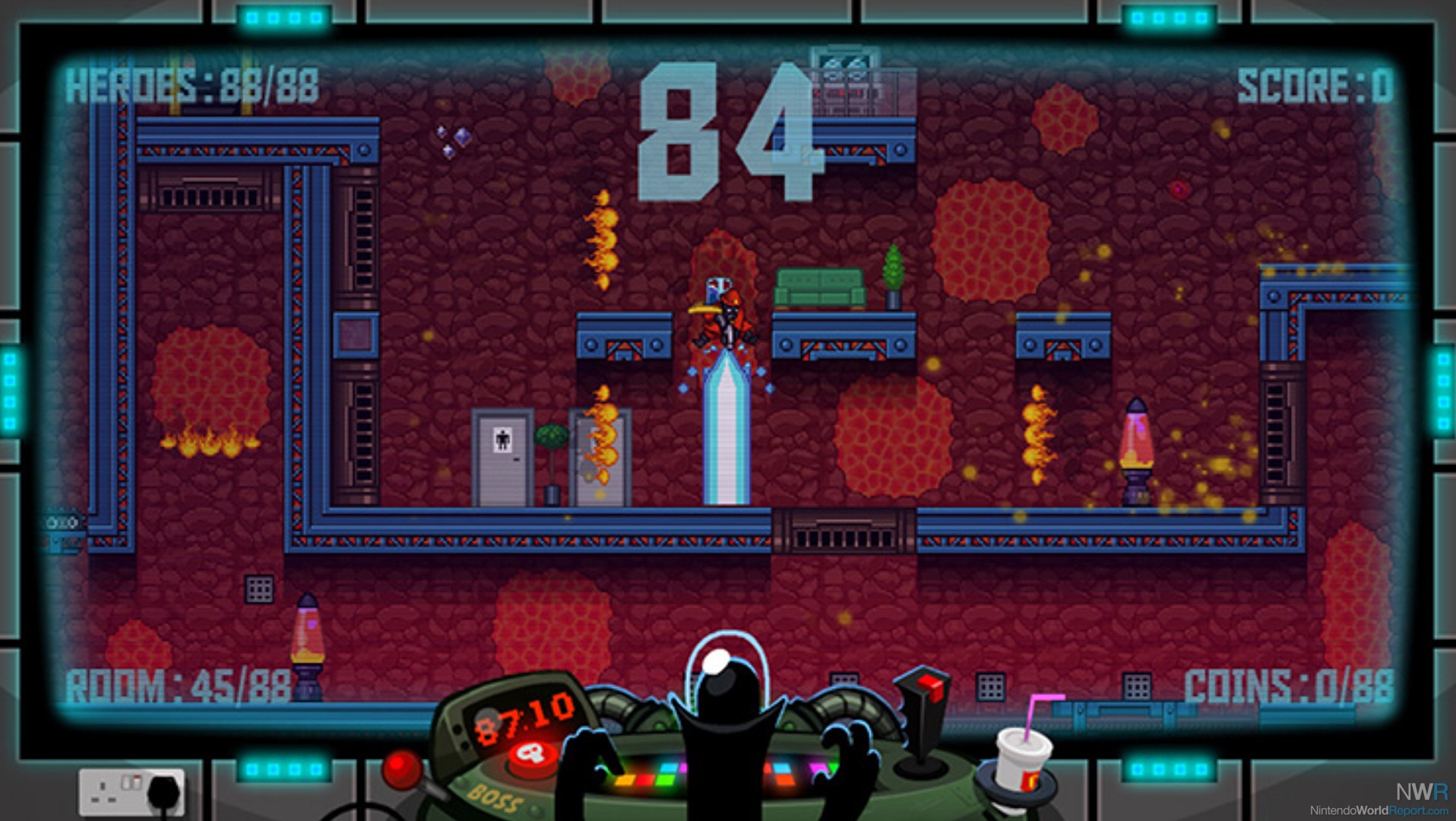 Navigating through each level is 99% avoiding traps. The 88 levels are broken down into 4 themes and all include a combination of Lasers, Guns, electrified treadmills and many other traps designed to destroy your character at every turn.

The environments change every 22 levels, but they ultimately all feel the same. Instead of enjoying experimenting with each of the heroes’ unique controls, you’ll find yourself spending most of your time counting the timing of traps to avoid death. Each stage has an 88 second time limit, so there’s no time to explore the environment or even fool around with the heroes’ power. 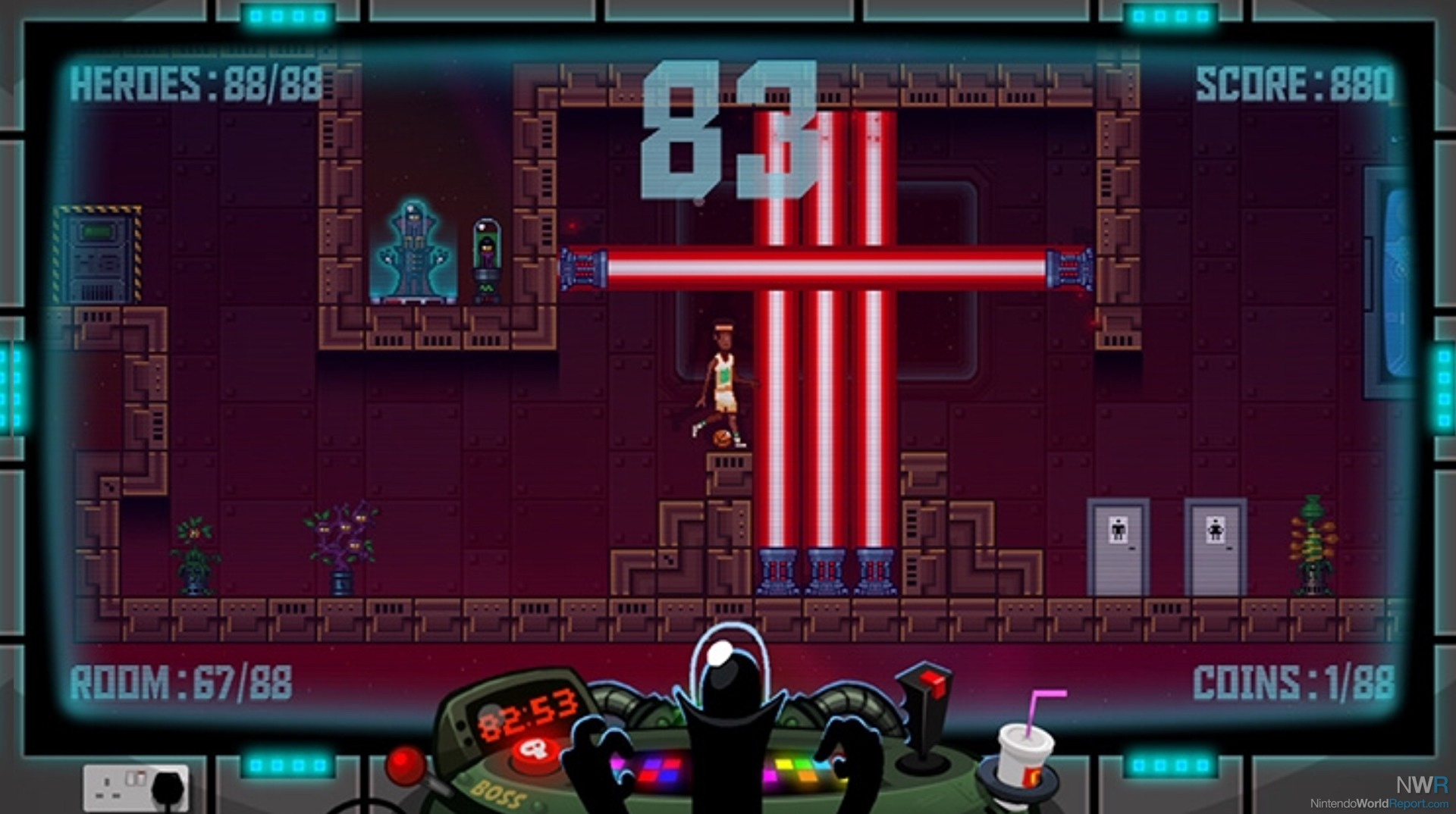 The gameplay is experienced in a third-person view of the antagonist Dr. H8, with the game playing out on a CCTV inside the lair of the villain. The idea is intriguing, but the execution becomes an annoyance as time goes on. Often during gameplay, henchman will bring things to the Doctor or simply walk past him, obstructing your view.

But perhaps the game’s largest issue came when I finally ran out of my 88 heroes on Level 40. Thankfully, I was given the option to continue, but only the very last hero I used was resurrected. This meant that for the final 48 levels, I was stuck using the same hero, and each time I perished on a stage, I had to go through the continue menu. This seems like a major oversight, since the game is marketed on using 88 unique heroes.

Not since my teenage years have I experienced the sheer anger I went through trying to complete 88 Heroes. The saddest part is that I actually think there was a good game buried deep beneath the unnecessary time limits and bland level design. The heroes are the most interesting part of the game, but by design, you never get the opportunity to fully explore them.