The latest port of a mobile marble shooter game to hit the Switch. 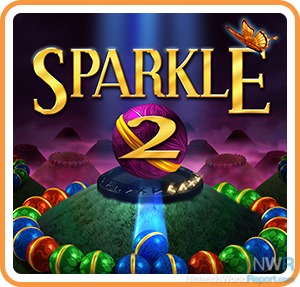 Last week saw a tidal wave of titles released for the Nintendo Switch. It’s easy for a game to get lost with such a diverse and robust release schedule but hopefully fans of the casual puzzle genre noticed Sparkle 2, a marble shooter from 10Tons Ltd. I’m not much of a fan of the genre itself but if I was on the go and only had a few minutes to play a couple of rounds of a match 3 puzzler, I couldn’t ask for a much better game.

The bread and butter for a successful match 3 puzzle game is engaging gameplay and Sparkle 2 doesn’t disappoint. In the center of the screen is an Orb slinger, surrounded by one or more paths that lead to a hole. The match begins when a chain of different color orbs enters the play area and follow the path towards their doom. Success is only achieved once you’ve used your slinger to shoot orbs to create matches which will eliminate colored combinations from the chain. Once all of the chains have been cleared the level is completed. 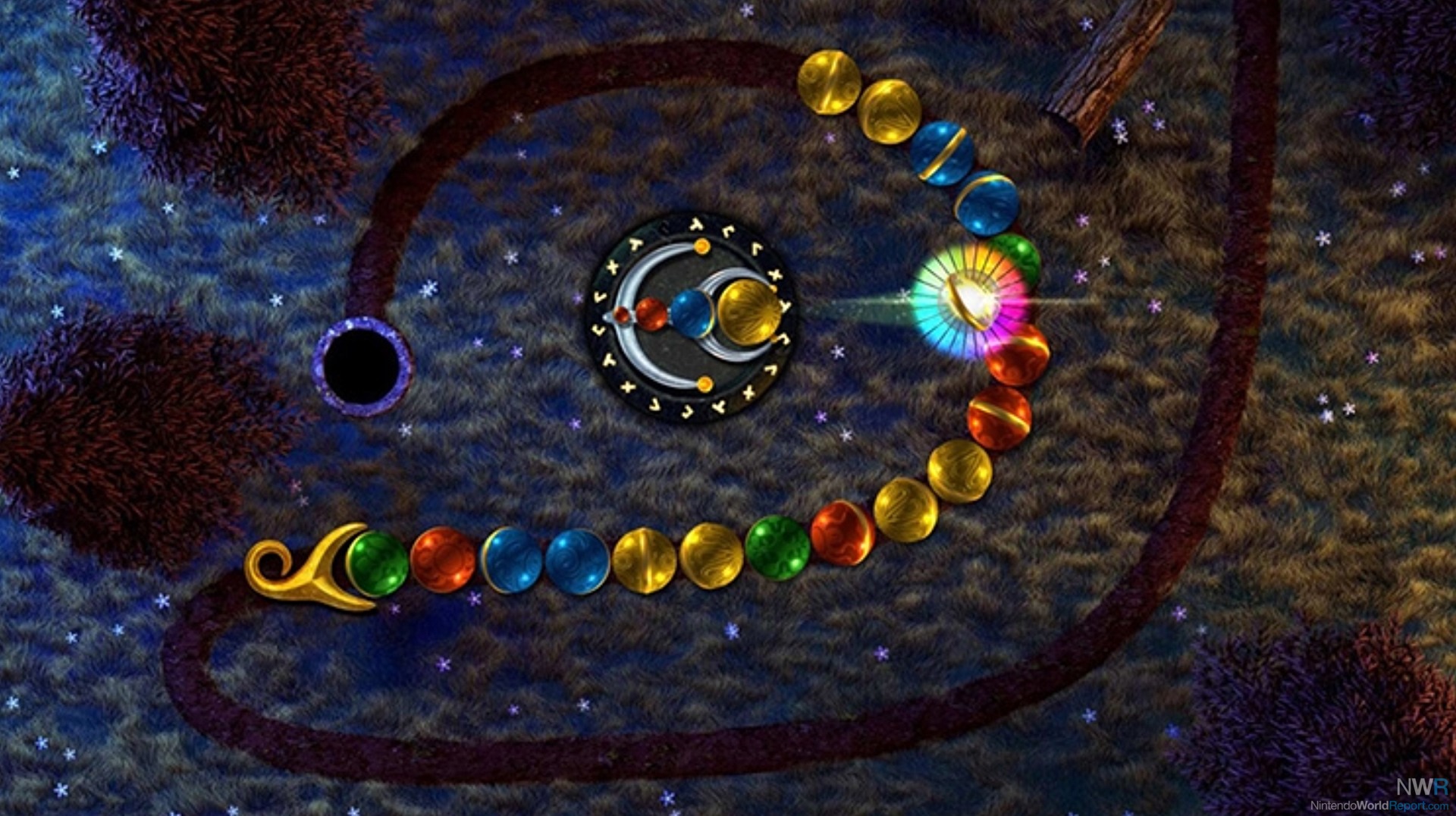 The Orb Slinger will start off basic, allowing you to see the next orb that will become available and allow you to swap it with the current orb if it's advantageous. Enchantments are earned as you progress through the levels to add some variety to the slinger. To add some speed you could choose the Speed Unleashed enchantment, or you could have opt to have a power-up replace every tenth orb. Power-ups will also randomly appear on the playing field and can be picked up by shooting an orb at it. There were a few times I was saved by the fire spinner, a power-up that launches a circle of fireballs towards the chains which will eliminate any orbs they touch. Color wipe is another round saver, completely removing the orbs of the color that was used to pick it up.

Match 3 puzzles can become redundant after a few playthroughs if it lacks a mechanic to randomize the experience but luckily that's not the case here. The chain of orbs to solve is randomized by the number and direction of the paths of the level. In some instances you’ll have multiple paths that will require you to split your attention on multiple chains. On other levels you’ll have circular paths that restrict access to sections of the chain.

On average each puzzle is going to play out in victory or defeat in approximately 2 minutes. It’s the perfect amount of time based on the gameplay, it’s just long enough to feel like a challenge but short enough to avoid the level becoming stale. Everything looks polished, the paths and environment around them are beautifully hand drawn and the orbs have high definition detail. A color blind assist option will add symbols to the orbs which you may want to use regardless as it just adds another beautiful level of detail. 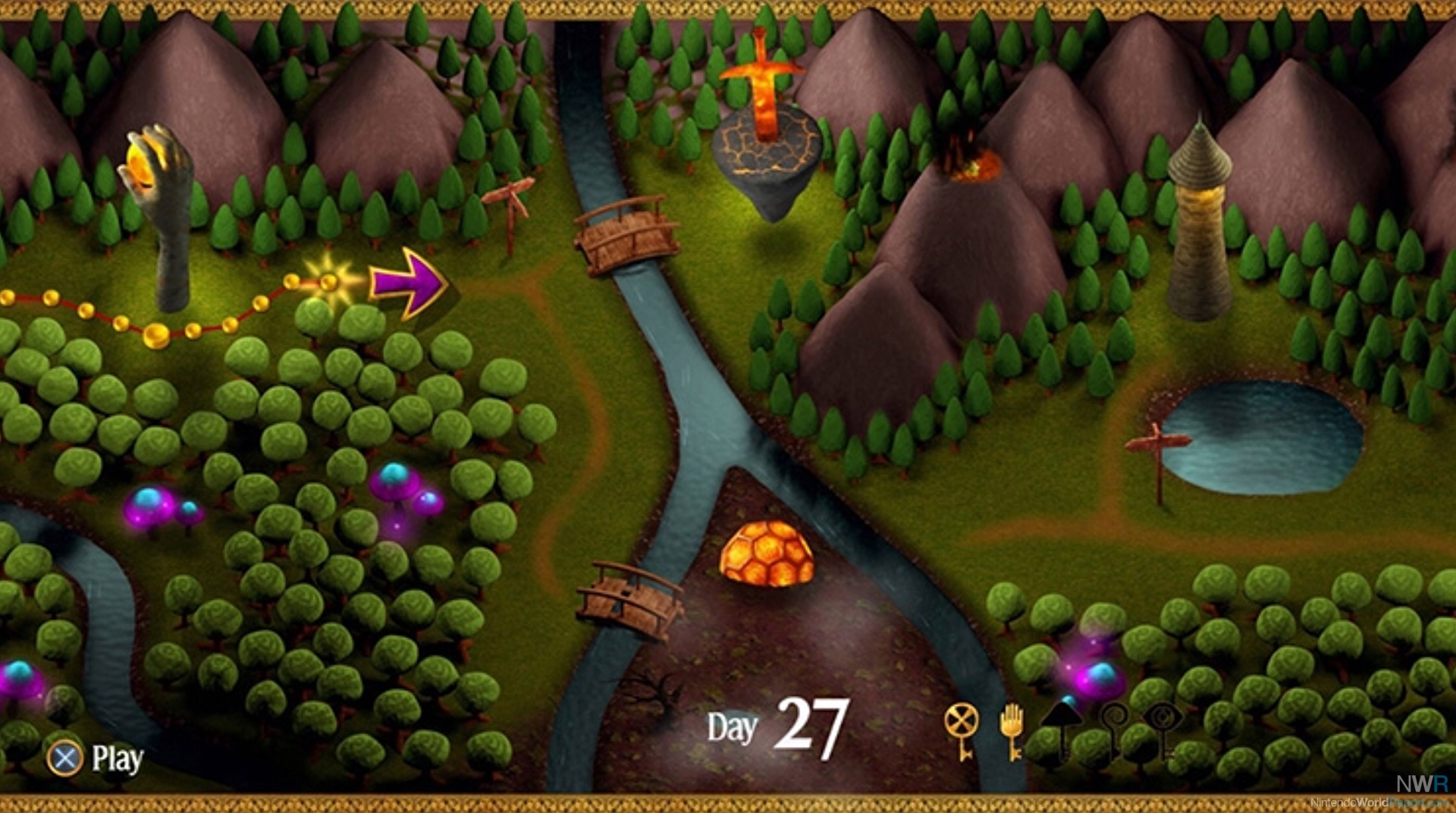 Sparkle 2 has an impressive amount of content for a match 3 game. The main progression is through a story mode that serves as the backdrop. An introduction reveals you’ve entered a perilous land in search for keys that will unlock a mysterious power. As you complete each level you’ll have a small amount of control over the direction your path takes you through the game world in search for said keys. As you progress through the story mode 3 new modes will become unlocked, Survival, Challenge, And Cataclysm. The gameplay of each mode remains the same but just gives you a slight change of pace if the story mode begins to wear on you.

Sparkle 2 is a perfect example of a title that was originally designed for mobile but just feels better on the Switch. Even though it shares the same touch controls as its mobile cousin, the ability to use the joystick to control the direction of the Orb Slinger feels better than trying to use your finger alone. If you’re the type of person that would play Candy Crush waiting for the bus then I can recommend Sparkle 2 as a much better alternative to the same types of games on your phone.