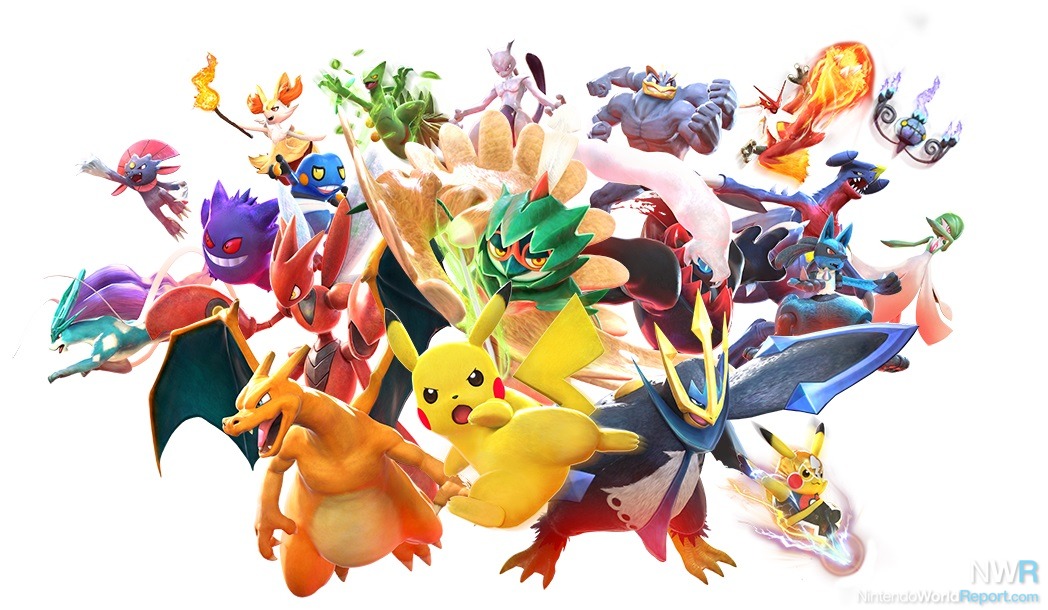 Rounding out Nintendo’s focus on online multiplayer titles comes a game meant to please the hardcore fighting enthusiasts, Pokken Tournament DX. A hybrid in both name and style of fan favorites Pokemon and Tekken, Pokken blends a wealth of strategic fighting skills with HD cinematics of some of the most popular Pokemon in the franchise. Although the Pokemon brand may feel familiar, fans of the franchise will need to commit to learning the complicated battle mechanics to truly appreciate this game. 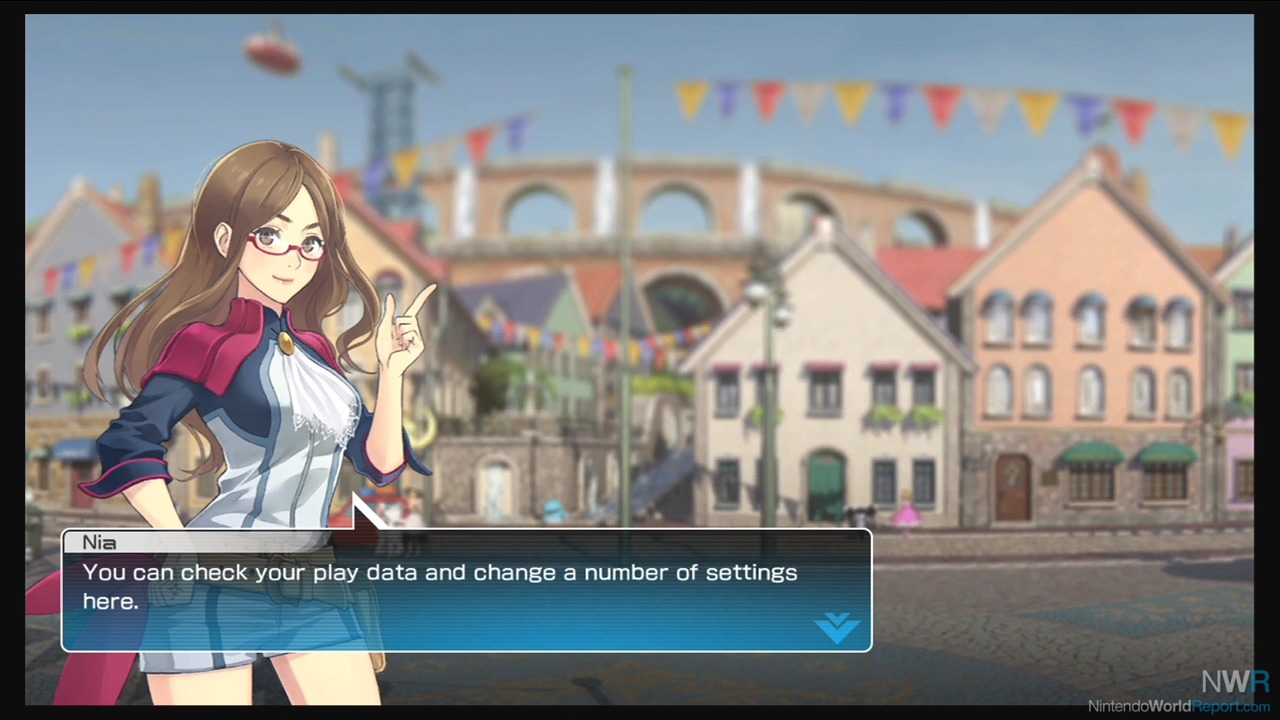 The first interaction into the Pokken universe is with Nia, your coach and cheerleader for your journey. Nia presents you with a Battle AR, a headset that allows you to control your Pokemon in battle. After selecting your avatar and an initial Pokemon partner get ready to read, as all of the information you’ll need is presented by Nia in text boxes. If you missed picking up Pokken on Wii U then you’re best served to crank up your patience and pound through what feels like a full novel of instructions.

The structure of battles is masterfully designed but requires a lot of learning and practice to truly appreciate its complexity. Each battle begins in an arena very reminiscent of a normal Pokemon battle. Using the Battle AR, you have complete control of the actions of your chosen Pokemon. Movement inside the arena is unlimited, you can move around to dodge and can jump with the B button. Using a mixture of ranged attacks, homing attacks, counter attacks and blocking, the goal of the match is defeat the opposing Pokemon in two out of three rounds. 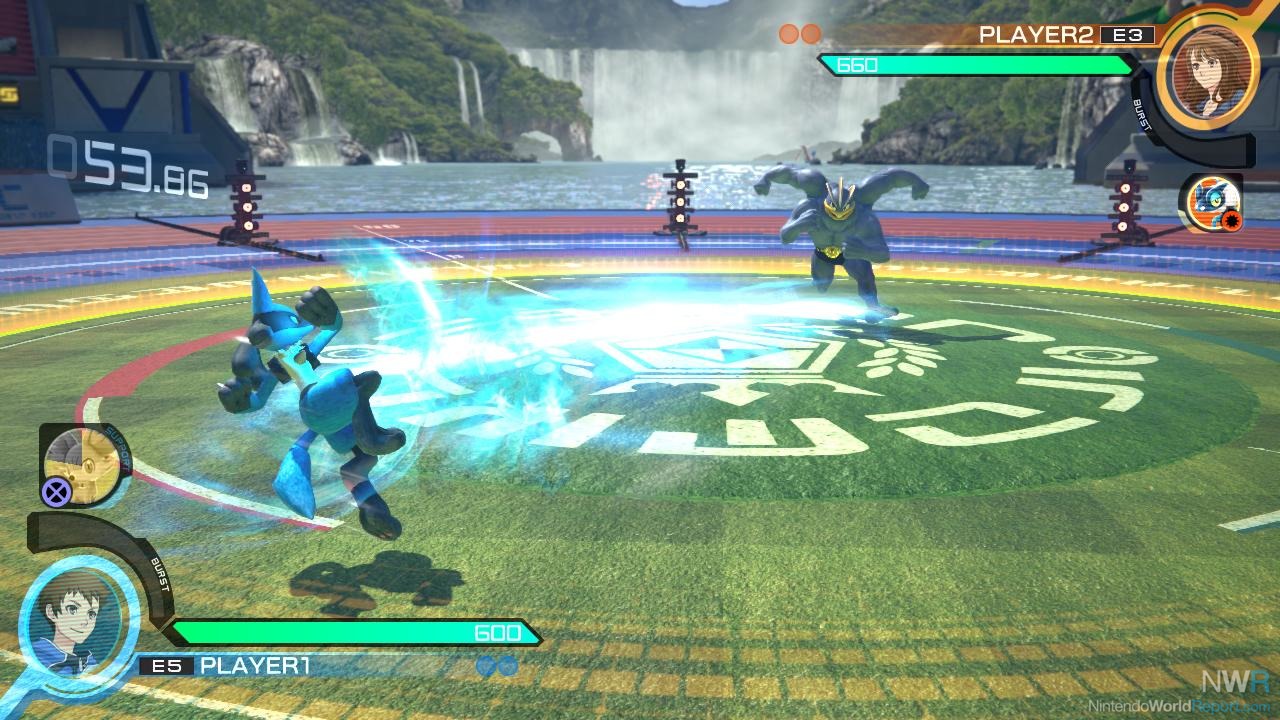 It wouldn’t be a Pokemon game without special abilities, and there are plenty to choose from here. Prior to a match you have two choices to make: which Pokemon you will battle with and what duo will be your support Pokemon. The selection of a Pokemon dictates much of how you’ll battle, large Pokemon like Charizard will rely on large powerful attacks while smaller ones like Pikachu utilize speed and precision. As the battle wages on, a burst meter builds which will allow you to supercharge your Pokemon for a brief period and provide a powerful attack. Charizard, for instance, will Mega Evolve and use a powerful Fire Blast on his opponent. The choice of support Pokemon will depend on what kind of additional stats you think will assist in your victory. A separate meter builds for the support Pokemon which will unleash either an attack, a status improvement to you, or a negative status to your opponent depending on your choice of partner.

What will set apart the button mashers from the victors is masterful execution of both the phase system and the rock-paper-scissors attack triangle. During combat, the two combatants will be in one of two phases. The match begins in the Field Phase. This is a 3 dimensional view of the arena that allows the Pokemon to utilize the full field of play. Within this phase you have access to your full set of moves and can dodge and attack at will. Certain attacks will force the combatants into the Duel Phase, a 2-dimensional view where the Pokemon can only move left or right. The Duel Phase feels like a traditional fighting game and has different attacks available when you want to get into close combat. Using attacks to switch between phases also provides the added benefit of charging your burst attack quicker.

The real chess match between experienced players will be mastering the attack triangle. Each of your Pokemon’s moves are designated into three categories, Normal, Grab, and Counter. In the attack triangle Normal beats Grab, Grab beats Counter, and Counter beats Normal. The action is fast and furious but with a keen eye and patience you’ll be able to pick up cues and anticipate attacks from your opponent that can be defeated with the proper counter.

The very detailed and very lengthy tutorial is terrific at providing all the combat techniques and strategy but nothing beats getting into an arena and putting that knowledge to use. Thankfully, Pokken provides enough single player content to provide training while at the same time keeping the experience fresh and fun. Battling your way up the ranks of the Ferrum League rewards you with the title of League Champion. If the battles start to become stale then you can build up your skill points through challenges. When it’s time to put your learning to the test against real life competition there are plenty of options there too. You can battle locally with a friend on one Switch, wirelessly on two, or online against competitors around the globe. 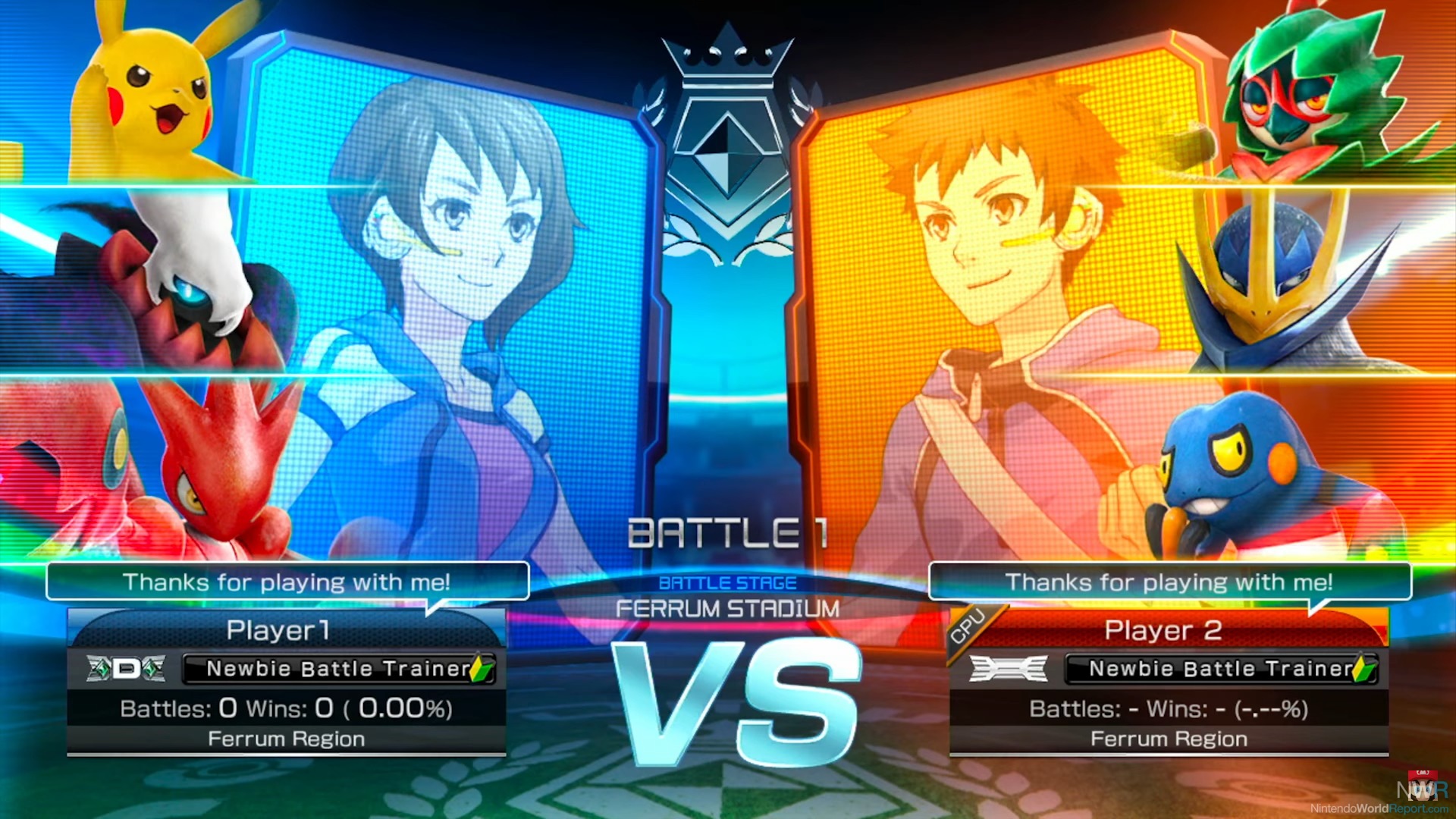 There is a good selection of modes to provide an accessible online experience to all players. A ranking system, choice of competitive or friendly games, and different game modes are available to players of all skill levels. Connections were made quickly during my pre-release testing even with the initial reduced player pool and there was little to no visible lag in the battle.

As both a Pokemon and semi-casual fighting genre fan I appreciate the amount of detail that went into Pokken Tournament Deluxe. From the design of each Pokemon to the detailed landscape of the battle arenas, no detail went overlooked. Although Pokken is accessible enough for fans that don’t want to get into the weeds it’s clear who the intended audience is. From the detail of the fighting mechanics down to the rewatchable replays, Pokken Tournament DX was expertly designed for the advanced fighting genre fan.

Nice and thorough review. Glad the game turned out well.

Couple of notes: Thankfully, Pokken provides enough single player content to provide training while at the same time keeping the experience fresh and funBattling your way --- Add a period between 'fun' and 'Battling'

There is a good selection of modesto provide an accessible online experience to all players --- modesto to 'modes to'. I'll admit this one confused me for a while, because my brain didn't process that they were two words rolled into one. I was like, what is this sentence saying? lol

Liked your recent appearance on NNR. Hope you can drop by again, soon.

Thank you very much for the kind words and encouragement. Having a blast with the NWR team.

Yes! Good review! I can not wait for this!

I feel like reviews for this have been higher than the initial Wii U release. Is it because when it first came out reviewers didn't understand how this fighting game really worked but after all this time it's mechanics are appreciated a little more? It may be my imagination but I feel like the actual mechanics of the game didn't go over well when it first released. When I got the game I couldn't figure out why some people were so hard on the dual phases and such because to me it worked so well.

Hard to say exactly why the Wii U version didn’t take off. Probably a mix of lack of enthusiasm for the hardware, as well at the “Switch bump”. Just seems like everything plays better on the Switch. I think reactions in general are going to be extreme, either your in love with the complexity or its not on your radar.

The limited roster and odd MP setup (one person stuck on the GamePad, one person requiring a special accessory) didn't really help matters.