A refreshing new puzzle game that will provide hundreds of hours of game time. 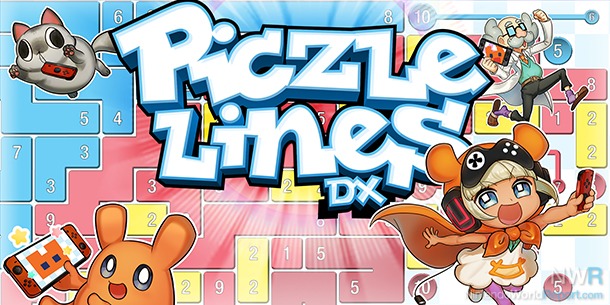 The old phrase “Don’t judge a book by its cover” comes to mind when I think back to when I first read about Piczle Lines DX. A puzzle game being ported over from mobile didn't seem an interesting proposition. I didn't have to play for long before I was convinced that my initial assessment was false, what I was playing was a very thought-out and meticulously designed puzzle game worthy of attention.

At first glance, thoughts of Sudoku sprung to mind. The square grid ranges from 16-by-16 to the insanely large 128 by 128, and inside the grid are carefully placed numbers. The object is to create lines between matching numbers until the entire grid has been filled in with lines. As an example, in the grid if you see the number 4, you know that the line begins with that first 4, and ends at another 4. You also know, that the second 4 has to be exactly four grid points away. Depending on the puzzle, the route to get from one number to its matching partner may vary. Therein lies the puzzle, as you must make and connect all the numbers until a perfect square is completed. 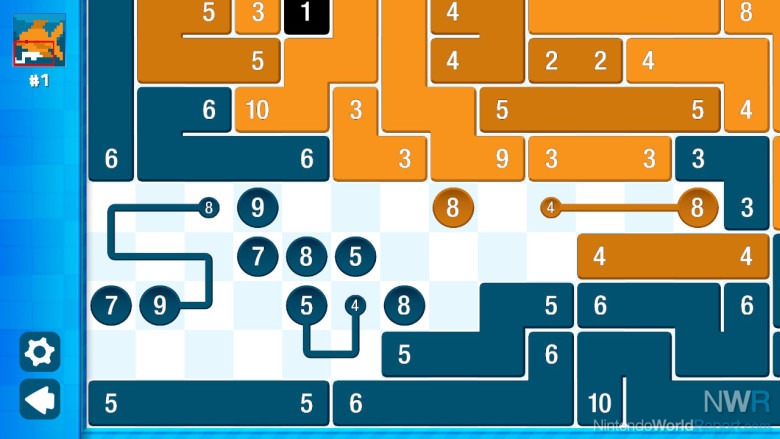 A story mode is provided as a way of easing you into the progression. As the story goes, a professor created a device that can turn objects into pixel art. The professor’s daughter, in her excitement, uses the device and transforms all of the objects in the lab into the puzzles The goal is to solve the puzzles, neatly spread into five levels with 20 puzzles each. The early challenges are small, usually taking only a minute or two to solve, but as you progress the puzzles become more complicated, taking much more thought and time to solve.

If you feel like you’re a pro right away, then you may want to go directly to Puzzle Mode. Unlike Story Mode where you need to complete puzzles to progress, Puzzle Mode gives you immediate access to all 220 puzzles. By the way, that's not a typo, in Story Mode, 100 puzzles are there to solve and 220 more are found in Puzzle Mode. The largest grids of 128 -by-128 could take a couple of hours to solve on their own. 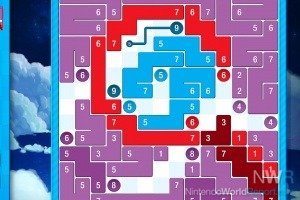 Many puzzle games fall short when it comes to aesthetics but Piczle is the exception. The grid is easy to read and uses rich colors to display the lines. Movement is controlled either by the joysticks or by using touch controls. Zooming in and out is a welcome feature as it gives the ability to focus on certain areas or allow for a larger assessment. Story Mode is presented in a beautiful comic book style format and the characters and environment appear as colorful cartoons. Even the puzzles themselves are art, after successful completion, the lines you’ve created reveal that the grid was a piece of pixel art all along.

As noted by the developer, Piczle Lines DX is available for both Switch and mobile, however the Switch version is my preferred choice for two reasons. Firstly, the Switch version is fully featured with all the puzzles wherein the mobile version is barebones requiring additional purchases to get all the puzzles. In the end, the cost for both is equal if you want access to the full slate of puzzles. Secondly, I prefer to use the JoyCon to solve the puzzles and keep my fingers off the screen. The Switch screen size, whether in handheld or docked mode has a terrific balance of being able to see the board while maintaining focus. To play on a smaller screen with your finger obstructing view will likely affect your experience.

Besides Tetris, puzzle games have had a hard time keeping my attention. As we’re finding out with the Switch, games I wouldn't have previously enjoyed are finding new audiences with its ability to play quick snippets of games anywhere you go. Piczle Lines DX is a perfect example of a game that works great in any situation and provides so much content that only the most puzzle-obsessed fans will be able to get through them all, maybe.