When Xenoblade Chronicles came out across the world over the span of two years, the focus initially was more on its inclusion in the Operation Rainfall campaign. What took a while to come to light is that Xenoblade Chronicles is a vast, major, epic adventure – arguably one of the most important RPGs to hit in the past decade. In a lot of ways, Monolith Soft’s most recent game feels like a lost relic of the exciting JRPG days of the late ‘90s with its sweeping narrative, innovative combat, and unique style. With the New 3DS release of Xenoblade Chronicles 3D, more players can experience this wonderful title, but outside of portability and functionality, this port is inferior to its last-gen progenitor. 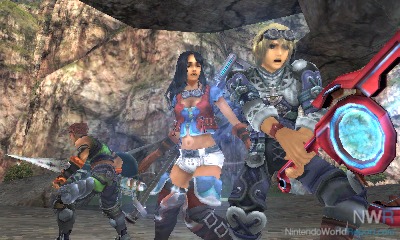 The visual appeal of Xenoblade has always been up for debate to an extent. Because it pushed the Wii to its limits, sacrifices were made in character models and textures so the scale of the gargantuan world could be fully realized. On a big screen, the scale makes up for the middling graphical aspects. On a handheld, the lifeless faces stand out like a sore thumb and the majesty of the scale is lost. It is very impressive that this big of a Wii game is running smoothly on the New 3DS, but as a New 3DS title, it looks muddy and washed out. It’s a shame, because the game translates well to the New 3DS otherwise, especially since the controls replicate the Classic Controller on the Wii thanks to the added buttons and C-stick on the system. The visual disappointment is made even more glaring by the new Collection mode where you can accrue models from the game (think Smash Bros. trophies). The focus on the models drives home how poorly they look. That same Collection mode does let you unlock songs from the magnificent soundtrack, though, which, featuring contributions from the legendary Yoko Shimomura, is one of the best gaming soundtracks in recent memory. In Collection mode, you can even listen to the songs while the system is closed if you plug in headphones. 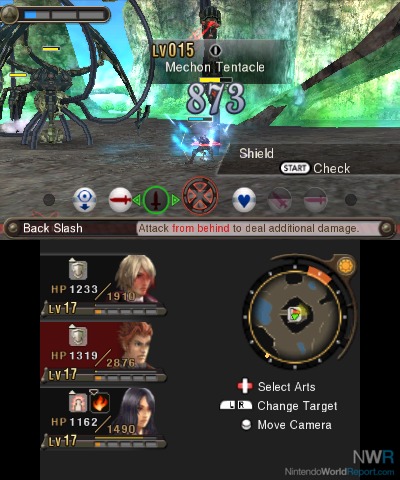 Aside from the graphics, basically everything else in Xenoblade Chronicles 3D is spectacular. The story weaves a yarn of man vs. machine while dealing with heavy themes involving religion, class, and fate in interesting, engaging ways. The main character is Shulk, a boy who for some unexplained reason can wield the mysterious Monado sword. Along with his childhood friend Reyn and a growing cast of characters, he sets off to destroy the villainous mechanical race called the Mechon. It gets way deeper than that and the story makes some truly amazing, ridiculous turns as you work your through it.

The real-time combat that drives gameplay between story segments is very similar to an MMO, but still manages to feel like a natural evolution of classic JRPG turn-based battles. You control one character out of a party of three and choose between different Arts (special attacks) while you periodically auto-attack. It’s dynamic and thrilling, causing incredible moments of tension and excitement. Whether you’re churning through low-level enemies to try to get the loot needed to complete a quest or you’re ambushed by a group of powerful Mechon, the combat stays intriguing and fun. You can even change which character you control, so you can effectively take on whatever role you want in combat, whether you’re staying back to heal and manage your team or diving right into the fray trying to draw aggro. 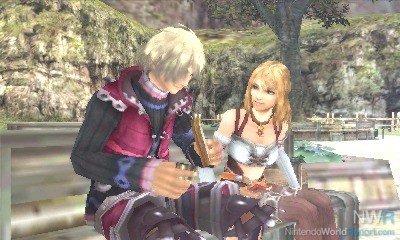 The combat and gameplay expertly integrates with the story in a beautiful manner. Shulk’s Monado weapon foretells danger for the team in the story and also does the same during the real-time combat. While it’s not without its video game conceits, the way that everything feels cohesive makes the entire experience even better. The realm of the Bionis and the Mechonis feels like a living, breathing world that, for the most part, is a complete joy to explore. The few drawbacks come from a lot of the extraneous collection quests. Quests are so abundant that they become overwhelming. If you are a completionist, you might lose your mind. My best recommendation is to just explore and organically complete quests to gain gear and level up. Trying to do everything makes the adventure tedious.

But everything is something you might want to do in this game, as it is all so much fun to discover. Combat manages to stay fresh over the 50-60 minimum hours required to finish the story, and the story is great at carrying you through any lulls. Xenoblade Chronicles 3D might not be the best version of this modern-day classic, but it’s a satisfactory way to play one of the boldest, biggest games in recent memory.

Hopefully this will still be around on store shelves when I eventually get a New 3DS XL.

the magnificent soundtrack, though, which, primarily composed by the legendary Yoko Shimomura, is one of the best gaming soundtracks in recent memory.

While Yoko Shimomura worked on the soundtrack...

it looks like ACE+ and Manami Kiyota did much of the heavy lifting. Of note, ACE+ are the ones that gave us Gaur Plains.

Good review, seems the port lines up with what I expected out of all the video on this version of the game.

That's my bad, Enner. I'll rephrase it slightly so its not misleading.

I already have this game on Wii and portability means nothing to me, so if the collection mode is the only thing added then I'll pass.

I think another Con is that it's only playable on the New Nintendo 3DS, which will severely limit its audience.

Question for Neal (or anybody else who has played both versions). I can buy a new sealed copy of the Wii version for $80, or get the New 3DS version for $45. Is the difference big enough that I should just bite the bullet and go for the Wii version? 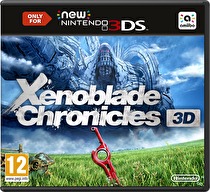