My best friend’s wife married his brother and they had a baby.

Before we dive into this review, let me make a proclamation: Tomodachi Life has quickly become my favorite 3DS game. I spend every spare minute with it. I got a download code for the review, and that’s a good thing, because I’m checking it all the goddamn time. Tomodachi Life is your life, but sillier. It’s a strangely idyllic world where you encourage your brother-in-law to go out on a date with your friend’s fiancé. You feel sorry for friends whose amorous advances are rejected by the people they love, but you do your best to cheer them up. Meanwhile, your best friend’s wife married his brother and honeymooned in Cambodia while he practiced ollies in the park with his new skateboard. 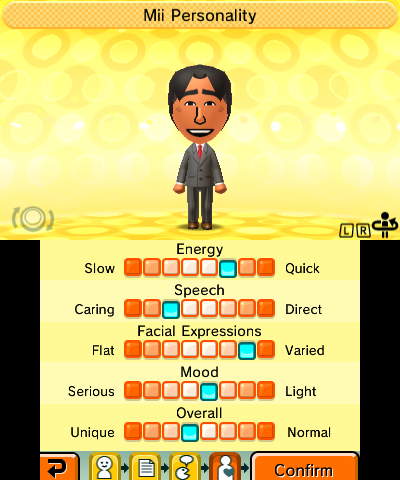 Let’s start at the beginning. I own an island off the coast of Costa Rica. It’s called “Isla Sorna.” It’s called Isla Sorna because I named it that, and then I populated this island nation with dinosaurs friends and family members’ Mii avatars. You can create Miis in-game, thankfully, but Tomodachi Life will also pull from Miis that already exist on your 3DS. Once you’ve created a Mii, you go through a quick personality creator (“is this person quirky or normal?”), the result of which is a simplified Myers-Briggs profile for that character. Then they move into an apartment and BAM—you’ve started your new, digital life.

You can buy clothes, hats, apartment décor, and food for your Mii population. You’ll have to feed them, and you’ll quickly discover which foods they like or dislike. You’ll give them clothes and hope they like the clothes you bought (sometimes they don’t). You’ll help them solve problems, like giving them medicine when they contract a cold, or a bath set when they want to relax in the tub. They’ll have spats, and you’ll mediate between spatting friends. They’ll be curious about new people in the building, and you’ll introduce them. They’ll profess their love for each other. They’ll get married and start a family.* 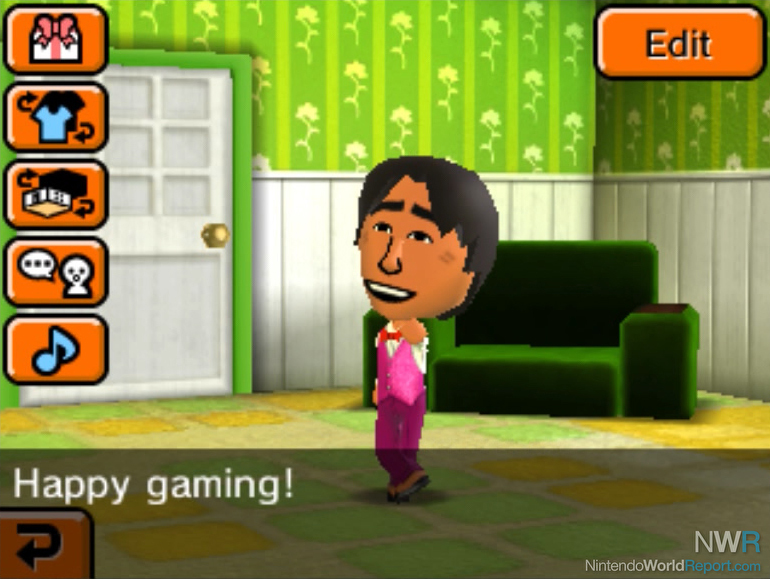 The more people you have on your island, and the more “problems” you solve for your citizens, the more buildings will open up, and the more things there are to do. There’s a cute, simplistic RPG (Tomodachi Quest), morning, afternoon, and evening specialty markets, BBQs, rap battles, and a concert hall where your Miis will sing songs you’ve taught them with backup dancers! Your Miis will want to play games with you, too, like “guess what this pixelated image is” and one or two-player memory games. You’ll tickle their noses to help them sneeze, see what they’re thinking about, and listen to their imitations of each other. Everyone speaks out loud in a sort of Stephen Hawking robot voice that you can modify in various ways. For the most part, it’s surprisingly competent. It even recognized “Lillianna,” my niece’s name.

You earn money every time you help somebody do something, or give them a present they like. Some of the presents are aesthetic (clothing, interiors) while others are cute time-wasters (kaleidoscope, hypnotizer). When babies start popping up, their parents will occasionally call on you to babysit or calm them down. In a surprising touch, when rocking a baby to sleep (by moving the 3DS), the parents will scold you if you rock too quickly!

So that’s the gameplay. It’s very straightforward, but you quickly develop a fondness for your islanders.

But here’s the inside scoop: it’s not the best part of the game.

No sir, the best part of the game is watching your friends be silly and live out completely different lives than their IRL counterparts. There’s something adorable about watching two Miis, representing people with whom I’m intimately familiar, dancing around like jackrabbits while music plays. I checked in on my friend Courtney only to find her staring at a wall, hiccuping uncontrollably. It made me laugh. I watched my wife ride a carousel. I chuckled as fellow staffer Jared Rosenberg pretended to be an airplane in his apartment. My friend Marcus, who is Mexican, stood alone in his apartment shaking maracas. A bunch of people got together and played Wii U. Courtney and my friend Mandy engaged in a rap battle.

You’ll cheer when your friends get married, even if it’s a bizarre union between your best friend’s real-life wife and his brother, or that guy’s real-life fiancé and Jared Rosenberg. You’ll take their pictures on their honeymoon, posing in front of a Cambodian ruin or the Statue of Liberty. If I could describe Tomodachi Life in one word, it would be “charming.” 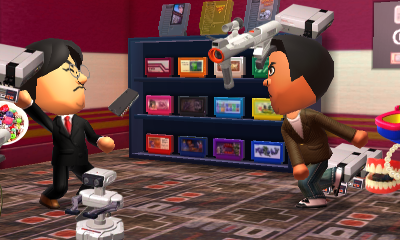 And you can take pictures anytime by pressing X (for the lower screen) or Y (for the top screen), then use an in-game application to quickly and fairly seamlessly upload those pictures to Twitter or Facebook. If you’ve been following me on Twitter (@zmiller1902), you know I’ve been getting a ton of use out of this feature, and my friends who are actually in the game seem to appreciate the pictures of their alternate lives as well. And with enough people in my town (you can have up to 24), I never run out of things to do or see. Various hangouts become crowded with people, and somebody always needs help with something.

There’s a whole StreetPass/SpotPass aspect to the game, where traveling Miis can “camp” on your island temporarily, and you can gain unique items. Of course, this was not available prior to release, so I can’t comment on it, but I can only imagine that there’s a lot of potential here.

Complaints? Nothing too serious: you’ll see pretty much every request your Miis make of you in less than a week. New content is constantly streaming in via the various stores on your island, but your Miis only do so much. The graphics are pretty bare-bones—similar to other Mii-centric Nintendo games—but some flourish here and there would’ve been nice. It’s also important to get a diverse group of personalities on your island—so even if you’re going against your friends’ IRL natures, it’s good to mix things up. There are sixteen unique personality types and it’s fun to try and “collect ‘em all.”

I’m also annoyed that I can’t use any profanity, even mild profanity, in the phrases I give my Miis to express themselves. If Nelson’s catchphrase is “DEEZ NUTZ” (which it is), I should be able to put that in the game. This must have to do with the StreetPass functionality, but would a fellow StreetPasser be able to see everybody in your town and all their phrases? I doubt it. The restriction on profanity is unusual and limiting for adults like my friends and I.

Still, this is a wonderful game that I obviously can’t stop playing, and I can’t speak highly enough of. Endlessly charming and unusually engaging, Tomodachi Life is a fantastic diversion.

*This is the part where I wonder if you can choose to be child-free or not. My wife and I have no intention of ever having children, and I wonder if that could translate to the game, as well. As it happens, my wife and I hooked up in the game (this was purely by chance). At a certain point, my wife asked me (the island overseer) if it would be a good idea to have a baby. I guess I could’ve said “no,” but I would’ve felt so terrible. Isn’t that strange? That you have a theory of the mind with a goddamn AI? I need to sit down. This is heady stuff.

seems really interesting and entertaining but $40 is asking allot for this. I don't know

You could try the de- oh wait, Nintendo is being a bunch of assholes with it.

Just to elaborate then here

Instead of releasing the demo on the eshop like any rational company would Nintendo has decided to go for some stupid viral marketing thing.
http://www.siliconera.com/2014/06/02/tomodachi-life-comes-two-demo-codes-give-friends/

Now would someone in NA help me get the demo for this thing because apparantly Nintendo isn't going to. 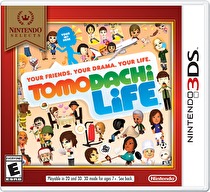