It's like a Disney theme park on your Wii U.

Let’s clear something up right now. Despite the similar toy tie-in and pricing scheme, Disney Infinity isn’t that similar to Skylanders. While Skylanders is a fantastic game separate from the toy gimmicks, Disney Infinity only goes as far as nostalgia and affinity for the brand takes you. Fortunately, if you have any modicum of Disney love, Infinity can be an absolute blast. Essentially, Disney Infinity is Disney World or Disneyland in video game form, making it a magical experience.

I suggest approaching the game as a virtual theme park, treating it like a sandbox instead of a linear game. My time with Infinity has been best spent bouncing between the multiple modes, not lingering on one for much longer than an hour or so at a time. I’d jump between checking out what new toys and items I have at my disposal in the Toy Box, completing a few of the mission-like Adventures, and screwing around in the themed Play Sets, the latter of which are 6-hour or so games focused on specific series. 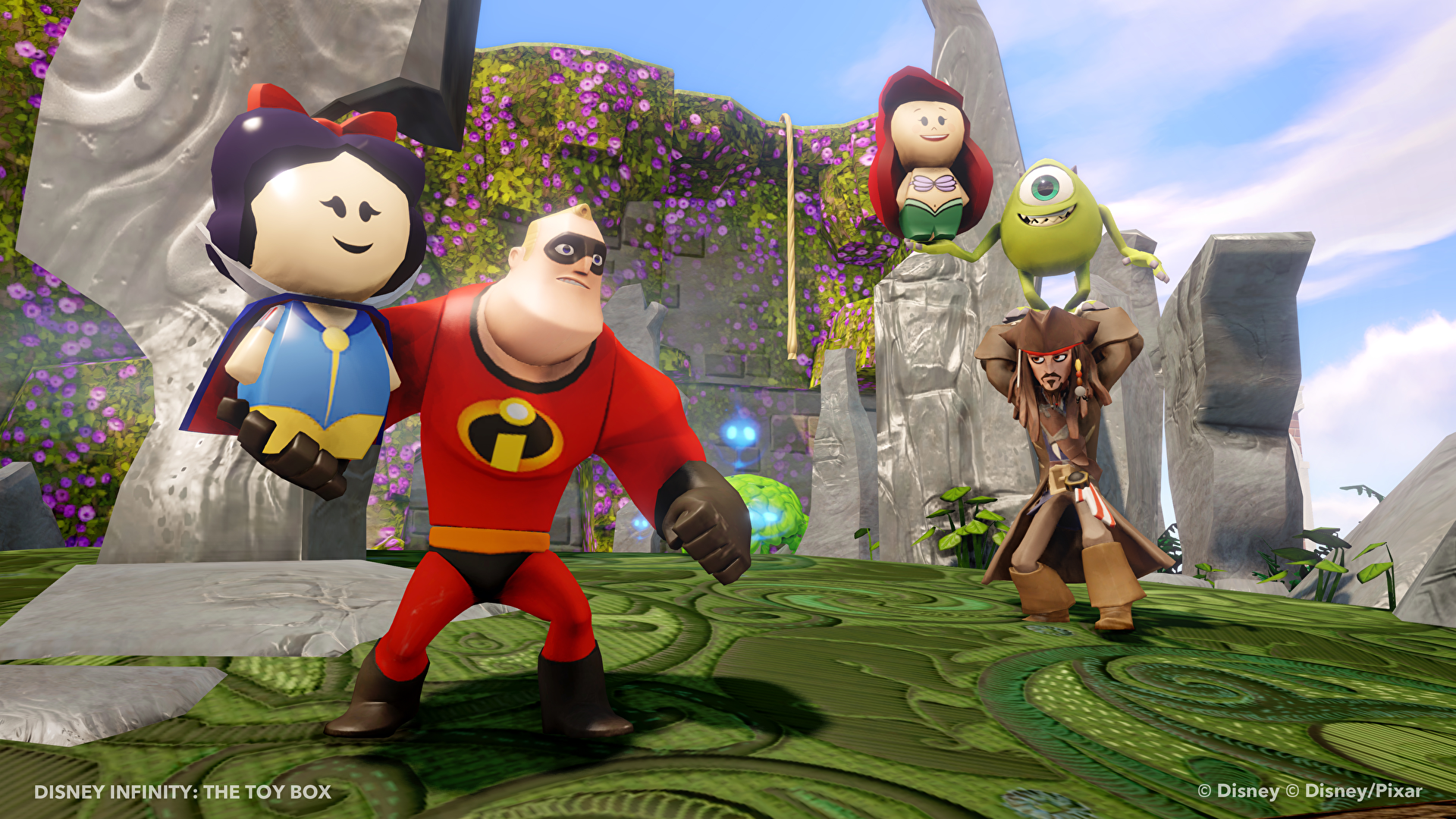 All characters control and feel fundamentally the same, aside from the weightier characters, such as Monsters University’s Sulley having a little more heft than a lightweight like The Incredibles’ Dash. Characters each have an attack or two, and all jump in the same floaty manner. Precision is a constant challenge as you navigate platforms and attack, and as you get deeper into the Play Sets and Adventures, the cracks in the mechanics increasingly show. For example, The Incredibles Play Set is focused on a barebones combat system that gets very repetitious, mostly because it's limited to the primary controls and gameplay that translate across virtually everything.

Even with that repetition, The Incredibles Play Set is good fun, featuring an open-world mission structure that is a little reminiscent of most open-world superhero games from the early 2000s. You can even build up your superhero fortress, though that is more a venue to open up more missions than anything else. The Pirates of the Caribbean Play Set is similar, but it’s less focused on combat and more focused on traversal and puzzle solving. Also, you build up a pirate ship instead of a superhero fortress, and you can even take part in rudimentary naval battles. Monsters University is more stealth oriented as you sneak around the rival monster campus and throw toilet paper on their statues and junk. Thus, although the Play Sets are all similar in structure and scope, each one is tailored to the specific characters or series. Therefore, you’ll naturally gravitate towards one Play Set more. For example, I prefer the universe in The Incredibles over Monsters University, so I spent more time with the former. 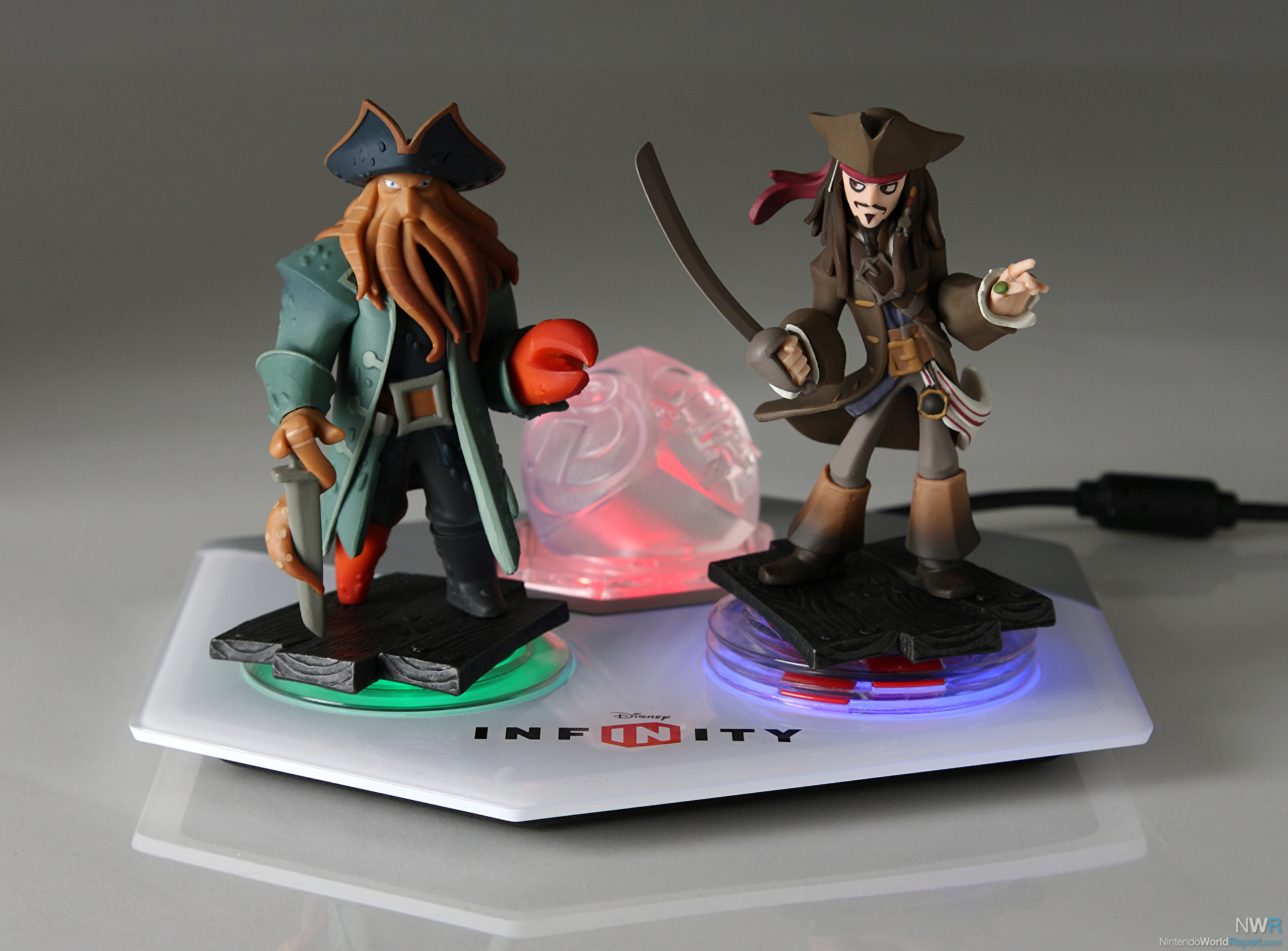 I had the most fun inside the Toy Box, which is where Infinity shows off its “infinite” possibilities. I’ve never been a proficient creator in games like LittleBigPlanet, but messing around inside this world and doing things like building Spaceship Earth (just so I could launch a Tron vehicle off the ramp that is attached to it) is spectacular. Disney’s apparent goal was to gamify the act of playing with toys in real life, and they succeeded, making it all seem like something I’d expect to find at the end of the Spaceship Earth ride at Epcot. Infinity expands the wonderment of Disney’s theme parks very successfully. In the same way that I was excited to get a new toy when I was a kid, I was excited to unlock Tron and Muppets items in the Toy Box, even if the method to unlock them was kind of silly.

Outside of the initial allotment, all of the items in the Toy Box are gated by either the Power Discs, which add Abu the Elephant, Cinderella’s carriage, and more, or by leveling up your figures. There is absolutely no other benefit to leveling up your figures other than getting more opportunities to spin the random wheel to unlock items in the Toy Box. 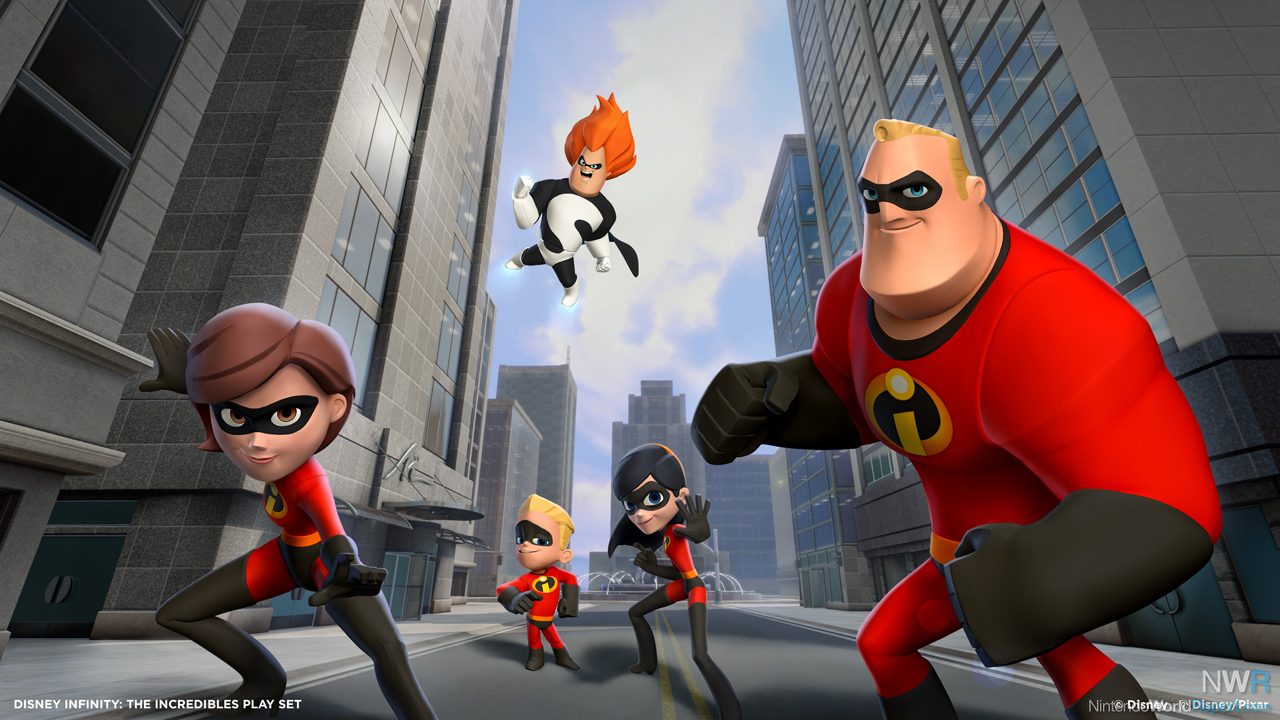 In every gameplay mode, the first player must always use the GamePad. Luckily, the GamePad adds helpful functionality. Outside of Off-TV play, you can also switch between items much more easily than on a traditional controller by tapping the touch screen as opposed to scrolling through an annoying on-screen wheel. Unfortunately, there are enough bugs and freezing issues on Wii U to become a consistent hinderance. Aside from numerous framerate drops and minor glitches, the game completely locked-up on me a few times, mostly while in Play Sets.

A friend can hop in with you at any time by picking up a Wii Remote and Nunchuk (as of now, there is no Pro Controller compatibility) and placing a second figure on the base. Unfortunately, you can’t play multiplayer locally in Play Sets out of the box, since each figure needs to be a part of the universe in the Play Set. Online play for up to four players in the Toy Box is also available, but only with friends. That’s awesome if you have three other friends with Disney Infinity, but lame if you, like me, don’t. 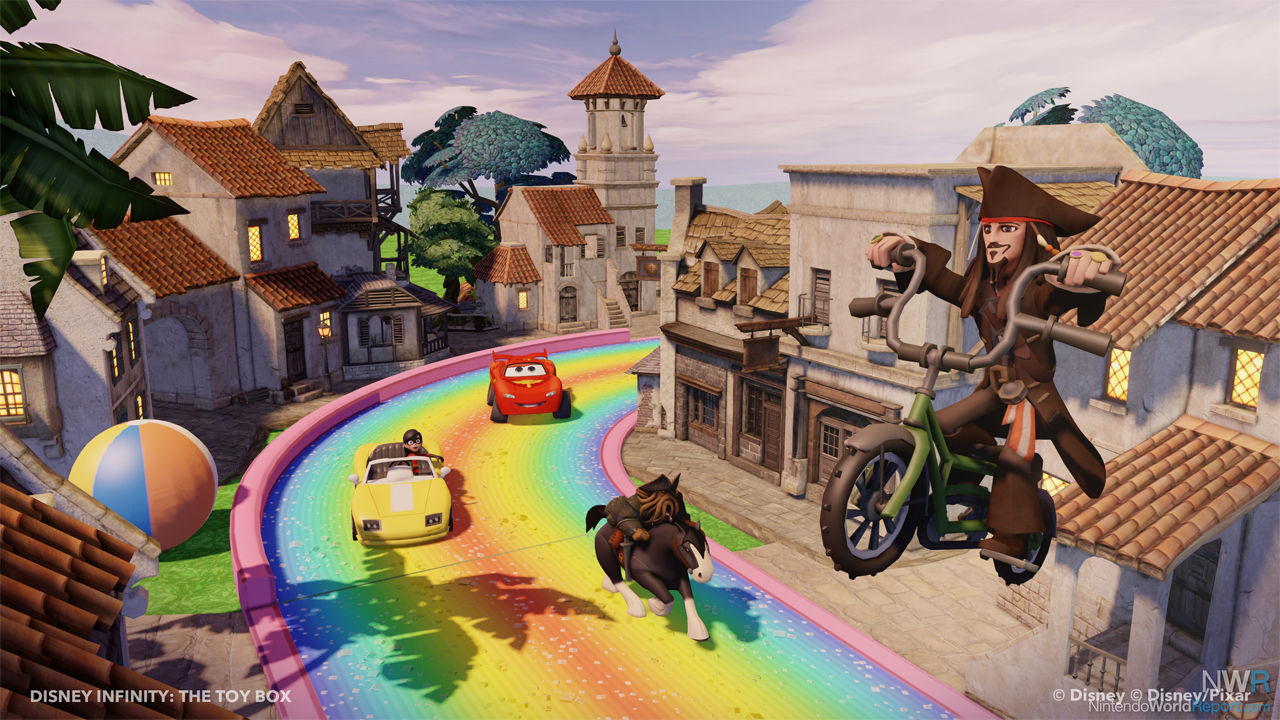 Disney Infinity has a lot of potential, but unfortunately much of that potential, such as the dreams of racing cars with Spider-Man, Luke Skywalker, Mickey Mouse, and Kermit the Frog, is destined for later installments. The cast of characters in the initial offering of Infinity is heavily biased toward Pixar, which is fine if you’re a fan of their work. But as it stands, even with the nods to The Wind in the Willows and Pete’s Dragon in the rare Toy Box item, Disney Infinity is narrow in its initial scope.

I’m completely taken by aspects of Disney and Avalanche Software’s opening toys-to-life salvo. More so than any other game, it feels like you’re playing with toys in a whimsical and nostalgic sandbox where you can fool around in whatever way you want. I wish it had more variety, as the available Play Sets are from three Pixar movies and two live-action movies starring Johnny Depp. Even still, Disney Infinity is the game, and potentially the platform, for Disney fans. And hopefully these Disney fans have some money to spend.

This review makes me thing of Disney Universe.  While fun it generalized a lot of things.  I'm sad to hear that the Playsets are the same way.  I was really hoping since you couldn't mix universes that they Playset would really tightly tune the characters for their Playset and add a good amount of variety.  That doesn't seem to be the case.  Toy Box = Sand Box and well I don't like Sand Boxes.