When I first discovered the first Rock of Ages a couple of years ago, I was struck by the original concept, art style, and humor. Combining aspects of tower-defense games with 3D physics and platforming, the game was a blast to play with friends. Building defenses and launching all sorts of crazy objects at each other’s gates still is a ton of fun. While I missed out on the second installment, Rock of Ages 3 still holds true to its original form while adding a bunch of new tools at the player’s disposal. It’s shaping up to be a rock-solid time for multiplayer game nights.

The core gameplay of Rock of Ages is pretty simple. You roll a gigantic boulder down a hill and try to crash it into the gates of the opponent’s fortress. You control the rock at crazy speeds while trying to avoid falling off the track. The catch? While waiting to use another boulder the game shifts to an overhead view. Here you get to place obstacles that hinder your opponent in their attempt to destroy your gate. Every match becomes a challenge of micromanaging your obstacles and trying to destroy your opponent as quickly as possible. The stages always remind me of 3D Sonic games, where you must make quick turns by shifting the gravity of the boulder. While I didn’t notice too many changes in the core gameplay for this third installment, the game still is a ton of fun. New obstacles are present to play around with to annoy your enemies to your heart’s content. The pace also seemed to be a lot faster than before, which I really liked. 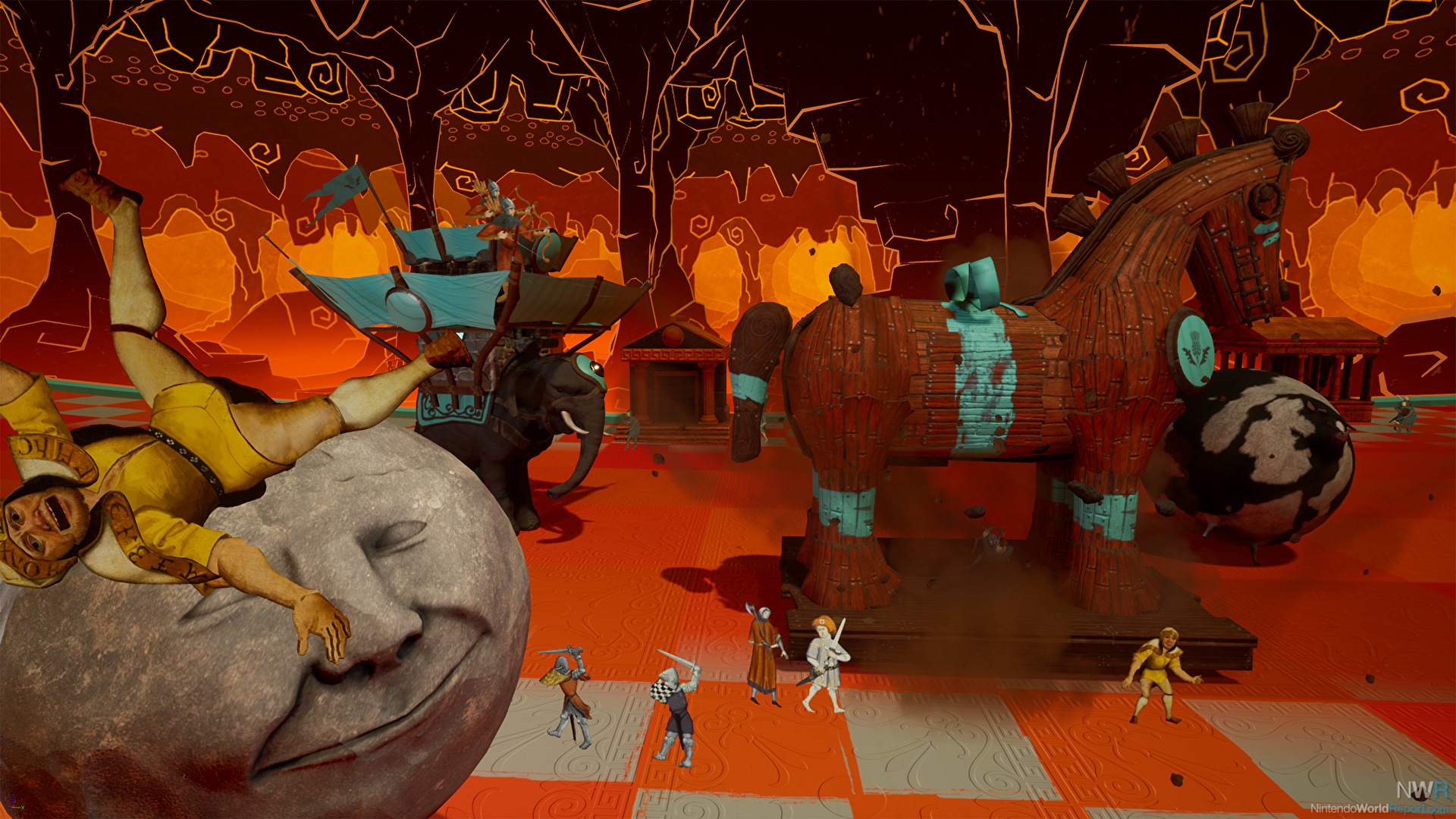 The story combines aspects of world history and mythology but gives it a comedic spin that fits the tones nicely. Its absurdity is reflected in the art style and the story segments, which are inspired by Monty Python. At first I was worried that after two games, the humor might have lost its touch, but I’m happy to report that the game still made me chuckle often. The modes also have a lot of variety aside from the main “storm the gates” option. You can participate in races as well as a skee ball mode that looks to be a lot of fun in multiplayer mode.

New to the Rock of Ages series is a fully customizable level creator. A great fit for the series in general, though I felt the tutorial was lacking and rather cumbersome. At first you are greeted with a wall of text that tries to explain the different icons that are used to create, move and twist the terrain. But I quickly lost track of the different tools in all the available options. There is a lot to discover and create here, which is great. But unlike maker-games like Super Mario Maker for example, you really need to read up on how to combine certain sets of terrain and obstacles. I’m sure that the Rock of Ages community will go wild with this mode and playing some of the community levels will be a blast. But I’m not sure how much this mode will appeal to people new to the series. I hope in particular that the Nintendo Switch version will support touch screen controls and a more intuitive control scheme for the level-builder. 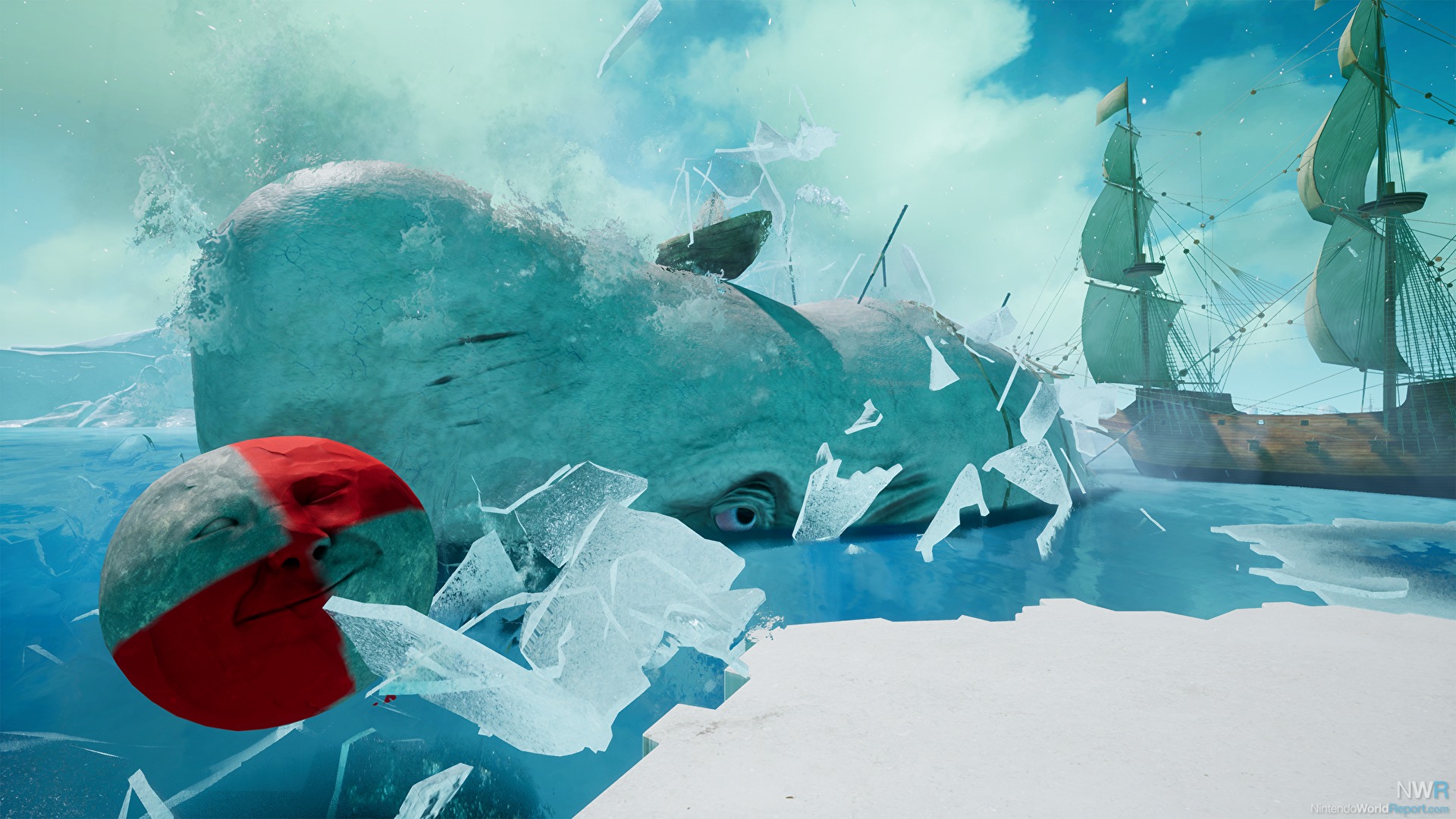 Rock of Ages 3 is shaping up to be a fun title to play with friends. I feel that once the game is up and gets rolling, it might have a long and fruitful road ahead. The story will be enough for most players, but I’m personally curious to see where the multiplayer and community levels will take this after its release. It is probably up to the creativity of the level creators to make this game thrive. But I have a feeling that with the tools available the final release might just rock.