Though there is a story sitting on top of Xenoraid to try to give the proceedings some element of flavor make no mistake, this game is all about space shooting action. You’ll be progressing through increasingly-difficult stages while encountering enemy fighters, asteroids, larger armored attack ships, and a formidable boss at the end of each chapter. In order to set itself apart from many shooters out there it also adds a strategic layer to the mix, having you work through all of this while managing four distinct ships.

There are at least three elements that these ships introduce for you to consider. First, you’ll have to make decisions on which you either favor or think could use some earlier enhancement when you’re given the chance to spend your battle-earned credits on upgrades. You could always opt to not repair some vessels but based on experience I wouldn’t recommend that. 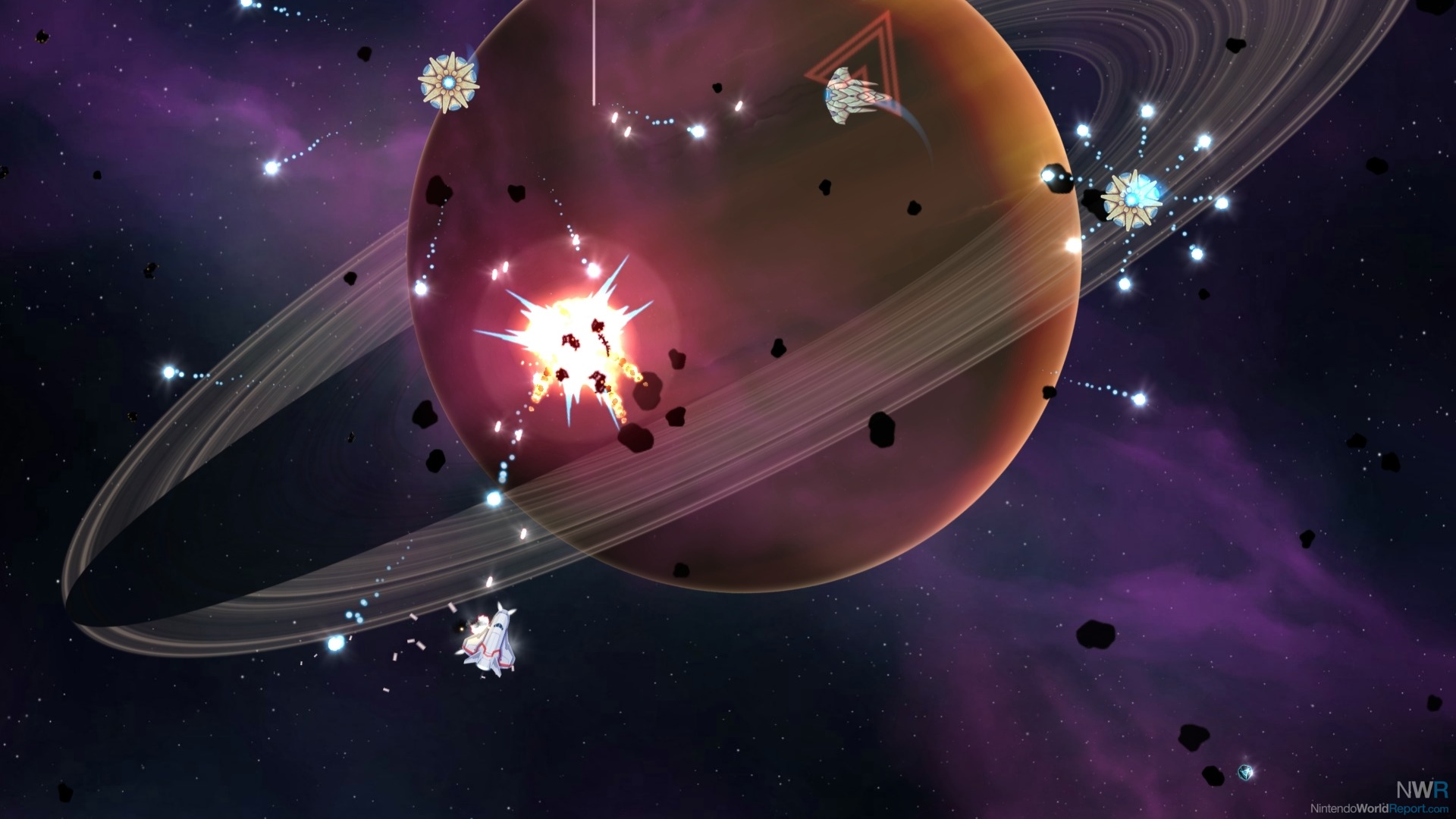 Second, you’ll quickly figure out what your preferred ships are in specific situations, whether for the maneuverability, their primary attack, or their limited secondary weapons that can pack a serious punch. Each has its strengths and weaknesses and you’ll want to make the best use of the tools at your disposal so switching ships tends to happen often. You’ll also need to carefully keep track of each ship’s secondary weapon situation since that ammo is limited and there’s nothing quite like switching over to another ship for a big attack and coming up empty.

Lastly, as things get further in and the intensity increases, you’ll inevitably end up needing to carefully consider which ship you’re bringing into the action. A severely damaged ship will end up being destroyed if it takes any further damage and if you’re juggling multiple ships on critical it can lead to some tense gameplay, especially if it leaves you using a poorly-matched ship against tough enemies. There are tech enhancement choices that will help minimize the pain but since I’m not one who likes to lose anyone over the course of a mission I’ll generally try my best to keep everyone alive. 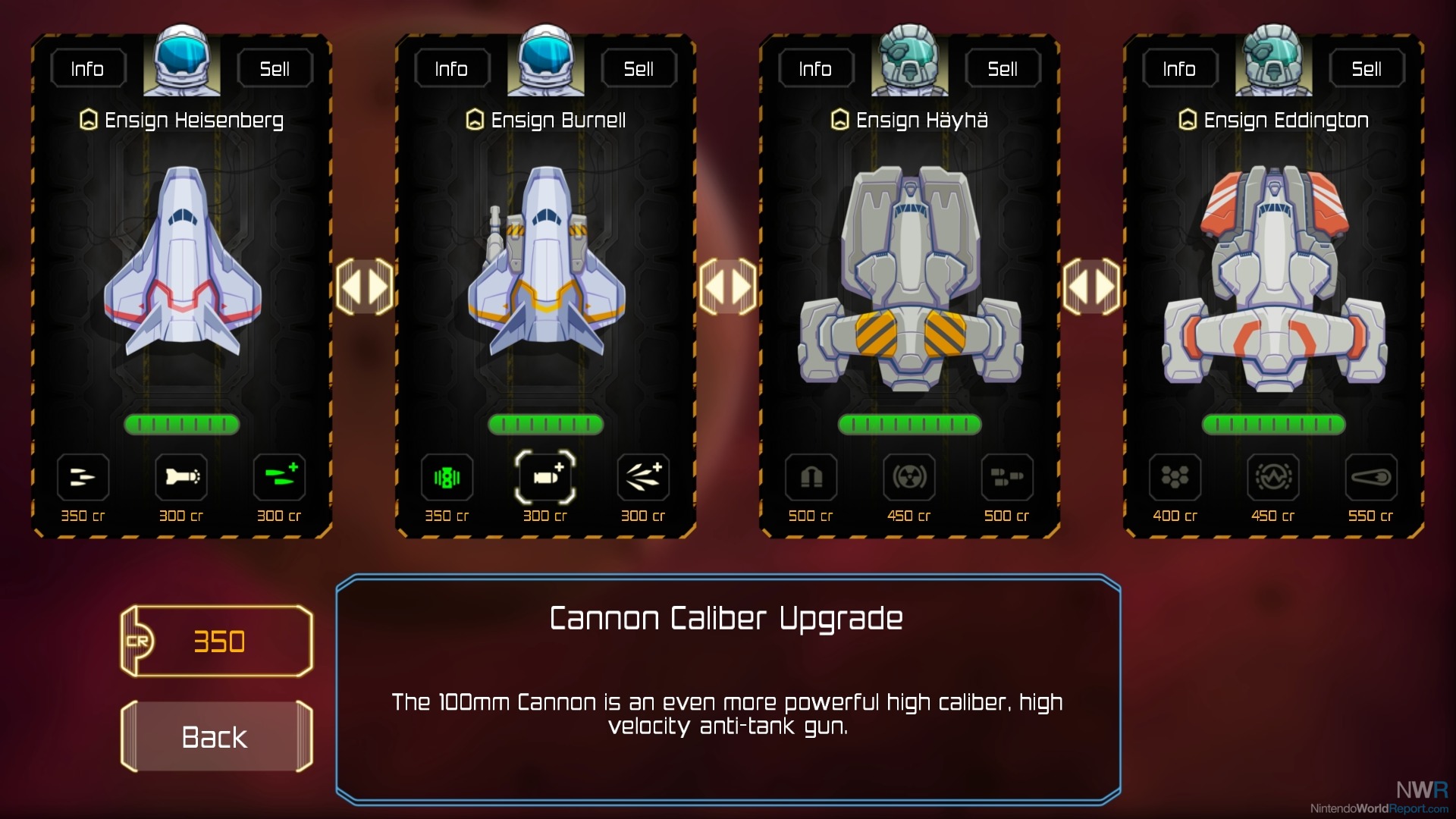 In addition to the base story mode there is also a more arcade-style Survival mode that will give you a set amount of money to work with to outfit your ships and then set you off to last as long as you can. This leads to some potentially interesting strategic planning as you need to manage your desires for firepower or survivability with your cooldowns on your guns, as well as a dimension of whether to invest in upgrading just certain ships or choosing tech that can benefit them all. Results will likely vary as you work out how you are best equipped to last when there’s no ending other than defeat, just with a potentially higher score.

This preview is based off of the current PC version of the game and is likely to be ported by 10 Tons as they bring over their titles to the Nintendo Switch. The timing is currently unknown.