After a few weeks of lackluster Virtual Console additions, this week is a different story. Nintendo has gone ape, releasing 3 Virtual Console titles for both the Wii U and 3DS! All three SNES Donkey Kong Country games arrive today for the Wii U while all 3 Donkey Kong Land games are landing on the... Read more...

Will soon be as valuable as gold. 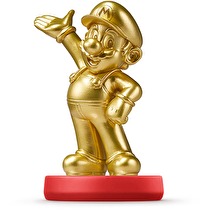 The Super Mario Amiibo Gold Edition will be exclusively available at 3,000 Walmart locations in the U.S. on March 20.

Walmart’s website had the Gold Edition Super Mario Amiibo up for pre-order multiple times today, but it sold out quickly on every occasion it was available.

Splatoon is coming to Boston!

Nintendo has announced that it will be bringing a playable demo of Splatoon to PAX East.

In addition, the company will have New 3DS XL units available for attendees to try out, as well as a playable build of Intelligent Systems' upcoming strategy game Code Name S.T.E.A.M.

Still need a Yoshi? Now you can pick one up for under ten bucks! 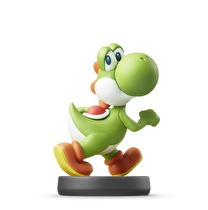 Nintendo has dropped the price of three amiibo from its lineup of available Super Smash Bros. figurines.

Starting now, gamers can pick up Yoshi, Donkey Kong, and Princess Peach for just $9.99 a pop, which is a few bucks cheaper than the standard $12.99 price tag.

All three of these amiibo... Read more...

This odd little elf is quite the character. 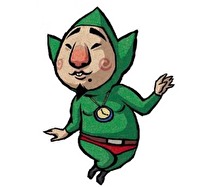 Tingle, the polarizing elf that has appeared in a handful of The Legend of Zelda games, is not gay, series producer Eiji Aonuma has confirmed.

Aonuma also discussed the creation of the character, noting that he wanted Tingle to look... Read more...

The Swedish developing duo may be branching out to Nintendo's hardware. 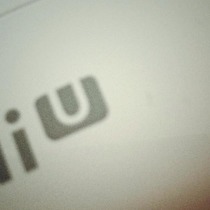 Simon Flesser and Magnus Gardebäck, better known as developer Simogo, appears to be teasing a project for Wii U. On the company's official Twitter, the pair posted a picture of the GamePad's Wii U logo.

New Nintendo 3DS gets another colorful option added to its roster!

NCL has announced plans for special cover plates, which will be released alongside Xenoblade Chronicles 3D in Japan.

The New Nintendo 3DS covers have a glossy look and bright red color to boot. The set features the well known Monado blade, which plays a key roll in Xenoblade Chronicles. To underline this weapon's strength, the covers also have a single line of text, which reads: "Power of Monado."

And that number is only going to grow next month!

"Mario Party 10 is the first Wii U instalment in the revered Mario Party series, which since its debut – Mario Party – on Nintendo 64 in 1999 has sold over 39.6 million copies globally," the company said in a post on its website.

NIS America is bringing over the air-focused action game from Yuji Naka's Prope studio. UPDATE: Wii version might be coming, too. 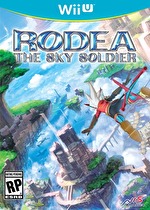 UPDATE: According to a NIS America representative, the company wants to include the Wii version as a pack-in with the Wii U version (like the Japanese version), but cannot confirm right now. The original story is presented below:

Rodea the Sky Soldier, set for release in April in Japan, is making... Read more...

The latest offerings from the Pokemon and Kirby series headline this week!

This week, Kirby arrives to the Wii U in his latest adventure, Kirby and the Rainbow Curse. You’ll be hearing more from us regarding that game in due time. Meanwhile, Pokemon Shuffle is out on 3DS as a free to play title. I’ve had fun with the game so far, but be aware of transactions that it... Read more...

Replace that poorly framed selfie with your mii!

In a recent interview the Nikkei, Nintendo president Satoru Iwata revealed that Nintendo is currently in development of an app that will allow users to use their miis on social media.

The app would allow for miis to be used as profile pictures on various social media sites. According to Iwata,... Read more...

Just in time for the launch of Mario Party 10! 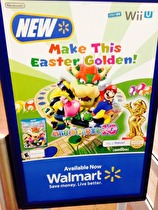 The heavily-rumored gold Mario Amiibo is coming to Walmart as a retailer exclusive, according to a leaked promotional poster.

Apparently Nintendo is tying the release of this exclusive figurine to the launch of Mario Party 10, which is scheduled for release on March 20. Whether this is some sort of pre-order incentive or special bundle remains to be seen.

We're trying to figure out to best serve you, the reader/listener/viewer. Take the survey and maybe win stuff.

We're trying to figure out how we can make Nintendo World Report the best it can be, and also what you think about various things that we do here. So, please take the survey below (or go to a separate page here).

Upsetting the core audience was expected. 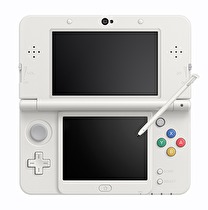 Nintendo has finally explained why the company decided not to bring the smaller, standard model of New 3DS that supports swappable face plates to North America.

Damon Baker, the Senior Manager in Marketing and Licensing at NoA, told Nintendo Life that it came down to making things as clear as possible for consumers in the North American market.

NFC Adapter Coming to 3DS in Japan This Summer 3DS

by Zack Kaplan - 8:24 am EST
Discuss in talkback! Source: Nintendo

With a Circle Pad Pro and NFC adapter who needs a New 3DS? 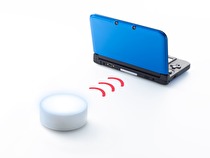 An external NFC reader for older 3DS systems (3DS, 3DS XL, and 2DS) is arriving in Japan this summer, according to Nintendo president Satoru Iwata.

This news was revealed at the company's latest investor meeting, during which Iwata stated that Nintendo is "making steady progress on compatibility with the Nintendo 3DS platform," and that an NFC reader/writer would be made availble this summer.

If you like Amiibo, this is the investors meeting for you! 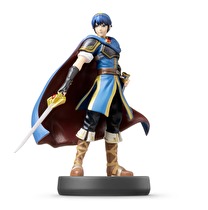 Wii U software sales increased over 200% between April and September in Japan, Europe, Australia (which saw the most growth of all due to it being their toy catalog season during June and July) and the United States, Nintendo's investors meeting revealed. The reports attribute this to titles such... Read more...

Tapping the toys to the Wii U GamePad will let you sample some Nintendo classics. 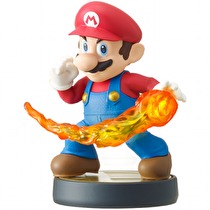 Later this year, Wii U owners will be able to unlock time-limited trial versions of various Nintendo and Super Nintendo games by tapping their Amiibo to the GamePad.

Time to sharpen those tools and clean out that rucksack.

Story of Seasons, the farming and life simulator from the former Harvest Moon team, will be released in North America on March 31 for Nintendo 3DS.

Story of Seasons was released in Japan during the month of February last year, and was the highest-selling game in the region the following month, with a solid 131,000 copies sold.

Nintendo of Europe has finally given up on an unfulfilled promise.

During a past Wii U-centric Nintendo Direct, Nintendo president Satoru Iwata assured European fans that Nintendo TVii was being looked at for the region. Two years later, Nintendo of Europe has decided to pull the plug.

A statement, which can found on various versions of their website, reads:

Nothing to see here. Just an elaborate hoax. 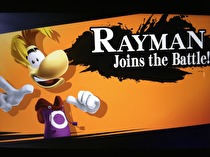 [Update] It looks like "leak" of Rayman's inclusion in future Smash Bros. DLC was nothing more than a well-crafted prank.

The guy behind the hoax posted a video on how he pulled it off.

Check it out below.

[Original Story] Pictures and video footage uploaded today on NeoGAF indicate that Ubisoft character Rayman will be a playable fighter in upcoming DLC for both the Wii U and 3DS versions of Super Smash Bros.