The upcoming release schedule for Wii, Nintendo 3DS, and DS includes Resident Evil: The Mercenaries 3D, Star Fox 64 3D, Xenoblade Chronicles, 3D Classics Xevious, Mario's Picross, and Solaroboto among the selections. Most of these games and launch timelines were already announced, but Mario's Picross for Game Boy coming to the Virtual Console was not yet revealed.

Square Enix is holding a contest to win a custom Heroes of Ruin 3DS.

Square Enix is currently sponsoring a contest to win a custom Heroes of Ruin 3DS.

The cosmo black 3DS will feature the Heroes of Run emblem on the face of the system and the logo on the inside. The contest has already begun on the Heroes of Ruin website and the deadline to enter will be July 31.

Xenoblade Chronicles, The Last Story, and Pandora's Tower aren't coming to North America. After a short period of silence, Nintendo followed up on their promise to comment on the efforts of fans to convince them to release the trio of Wii titles with a posting on their official Facebook page.

In a recent talk with Famitsu, Aonuma confirms that Zelda is not a Princess in Skyward Sword.

Eiji Aonuma, producer of Legend of Zelda: Skyward Sword, discussed Zelda's role in the story of the game as not being that of a princess:

"She's not a princess this time which is something I'll pretty much have to put forth right now in order to talk about this title.” He then continues by saying that “She’s a childhood friend, but she goes away in the midst of the game and it's Link's job to search for her."

Aonuma confirmed that they were working on the overall balance during an E3 interview. 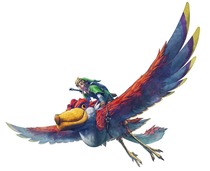 The Legend of Zelda: Skyward Sword is complete, and the development team is working with Miyamoto to fine-tune the balance, said Eiji Aonuma in an interview during E3 2011 with Famitsu. This process is taking some time due to the volume of it, and they have not yet had time to fully play out every part. Non-English translations are in progress as they hope for a simultaneous worldwide launch later this year.

Dead or Alive Dimensions is returning to store shelves this week.

After a reclassification last week by the Australian Classification Board, Dead or Alive Dimensions is being redistributed for retail sale in Australia this week with a new M rating.

Existing copies of the well-endowed fighting game will have a new ratings sticker affixed to the packaging. The new classification warns buyers of violence and sexualised gameplay not suitable for minors. 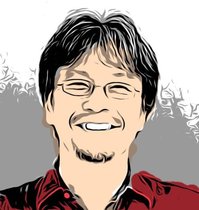 The appearance on Famitsu Live follows one earlier this month where... Read more...

The Collection will include the first three games, as well as other extras.

Square Enix will release a compilation of the first three Dragon Quest games on September 15 in Japan. The compilation will include the first footage of Dragon Quest X, which was originally announced for the Wii more than two years ago.

The collection includes the first three games in their original... Read more...

Japan gets the next title in the Harvest Moon spin-off series this year.

Rune Factory 4 is in development for 3DS, and will be releasing in Japan this year. The title was revealed in the latest issue of Famitsu.

Series developer Neverland Co. Ltd. returns for this entry in the dungeon-crawling Harvest Moon spin-off series, and while details are currently limited this game promises a greater emphasis on the relationship mechanics including the addition of events for couples.

Capcom claims that the game's high replay value makes the save system a non-issue.

The inability to delete saved data in Resident Evil: The Mercenaries 3D is not related to quashing used game sales, Capcom said in a statement today. After finding out that title would not support the ability to reset the game’s save, many assumed that this was exactly their motivation. Today's statement from Capcom sought to belay those concerns.

Xenoblade Chronicles may be headed to Australia as well as some other countries.

Earlier today we reported that Xenoblade Chronicles would be releasing in European territories on September 2. Now it appears as though the game will also see a release in Australia, New Zealand, South Africa and Russia on the same day.

The game will apparently release in those territories with... Read more...

EB Games recalls the game due to save file issue.

Due to Resident Evil: The Mercenaries 3D being unable to wipe the save data from the game, EB Games Australia has put out a recall nation wide and will no longer be selling the game for the foreseeable future.

After checking with a local store for comment, the salesperson mentioned that the game... Read more... 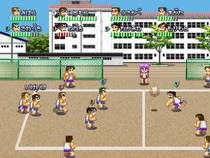 Initially scheduled for a release today, Miracle Kidz has announced that Super Dodge Ball will not be available today as expected. The reason for the delay is to fix bugs.

There is no word on when Super Dodge Ball will release now.

Iwata talks to the developers of Xenoblade Chronicles about the game's story and soundtrack.

Nintendo of Europe released a new Iwata Asks feature, this time geared towards the upcoming Xenoblade Chronicles, slated for a September release in European territories.

In the interview, the executive director of Xenoblade Chronicles, Tetsuya Takahasi, explained the reasoning behind including 'Xeno'... Read more...

Iwata sits down and talks to the producer of Resident Evil: The Mercenaries 3D.

Resident Evil: The Mercenaries 3D is due out in European territories this Friday, and to bring attention to Capcom's first Resident Evil game for the Nintendo 3DS, Nintendo has released an Iwata Asks feature geared towards the title. The interview this time around is with the producer of the Resident Evil series, Masachika Kawata.

A limited edition package is also headed to Europe. 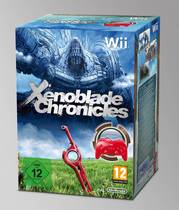 After having already been announced for a September release, Nintendo announced today that European gamers can enjoy Xenoblade Chronicles on September 2.

To celebrate the release of the game, Nintendo is even doing a limited edition package of the game that contains a red Classic Controller Pro.... Read more...

Time is running out for you to use your coins!

Club Nintendo members will have their statuses reset as the year ends once again.

After Thursday of this week, statuses will be reset, and depending on how long you have had your coins, some of them will expire.

Like with previous years, in order to qualify for the special reward for Elite Status members, members must have obtained 300 coins since last July to obtain the Gold level prize and 600 to secure the Platinum level prize.

Resident Evil: The Mercenaries Out Now in Australia 3DS

Another high profile game is available before its release date. 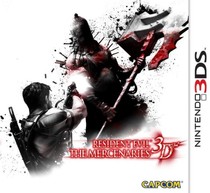 Reports have come in that Australian EB Games stores, have begun selling the new Resident Evil: The Mercenaries 3D already. This comes just days after retailers started selling the new Zelda game before its release date.

As of right now EB seem to be the only ones currently selling it, but that will likely change. The retailer is also selling the game at a reduced price of $55.95. The game was supposed to release on June 30, 2011.

Yee's reaction to the Supreme Court's decision is far from one of defeat; instead, he hopes to reintroduce the law.

Today, June 27, 2011, the Supreme Court decided 7-2 against a California law that would prohibit the sale or rent of violent video games to children, as well as fine the retailer $1,000 for each offense. One of the law’s main proponents, California State Senator Leland Yee, voiced his disappointment in the ruling while also claiming that the fight is not yet over.

The 3D remake of Cave Story is coming this November.

Publisher NIS America says that the game is being delayed for additional improvements. It was first scheduled for a June release, and then was delayed to August.

Check out all of our impressions about the game, and our interview with Nicalis' Tyrone Rodriguez and Daisuke "Pixel" Amaya.