The big N starts 2021 by beefing up their North American operations. 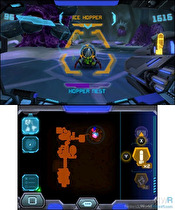 Nintendo have reached an agreement (PDF link) to acquire Vancouver, British Columbia-based studio Next Level Games. Expected to close on March 1 pending regulatory approval in Canada, the acquisition of the privately held company will give Nintendo a second North American-based subsidiary developer to go along with Retro Studios.

Well, this acquisition makes sense, although I'm not sure why Nintendo felt the need to pur hase them outright unless they were in danger of one of the ISP Gaming Vultures scooping them up, like Google or Amazon.

Otherwise, NLG makes middle-of-the-road, gap-filling games exclusively based on Nintendo IPs. Even if Nintendo hadn't bought them, what ELSE would they be making? They're the GM Custom of game developers. Maybe Nintendo thinks they can do for them what they did to Retro Studios.

Maybe Nintendo thinks they can do for them what they did to Retro Studios.

Probably. Retro Studios didn’t become the renowned developer it is today until Nintendo bought Jeff Spangenberg’s controlling interest in the company. It subsequently cleaned house and canceled all other projects except Metroid Prime.

Doubtful that Next Level Games is as poorly managed as Retro Studios was under Spangenberg once upon a time. While I’m not convinced Next Level Games will ever reach the heights of Nintendo’s other North American subsidiary, there are certainly benefits to Nintendo having controlling interest in the company.

Well, this acquisition makes sense, although I'm not sure why Nintendo felt the need to pur hase them outright unless they were in danger of one of the ISP Gaming Vultures scooping them up, like Google or Amazon.

Skimming the Investor Relations press release on the NCL site, signs point to the founders/majority shareholders of the company wanting to sell. So... the owners wanted to cash out after founding the studio in 2002.

This is a great get for Nintendo. While I have never played any of NLG's games, most of them seem to be well-liked, particularly Luigi's Mansion 3.

LM3 and Srikers (GC) were good games to me, so I'm excited Nintendo decided to protect their relationship with that stuido.  If the majority shareholders were looking to sell, Next Level would've been an easy target for MS and others, even without a hot, original IP.  I also like the idea of Nintendo engaging in M&A activity in general.

Luigi's Mansion 2 sold over 6 million copies and Luigi's Mansion 3 was close to 8 million by the end of September and will easily cross the 10 million mark within the next year alone.  Next Level Games has basically turned that series into one of Nintendo's A-List heavy hitters so it's no surprise Nintendo didn't want to lose them.

Seriously, now that Nintendo owns them, they're literally one of their most important studio's.  Only a few of Nintendo's studio's are able to produce 10 million + sellers and Next Level Games will soon be one of them.  I wouldn't be surprised if Nintendo's about to give them a major expansion.