Club Nintendo to Be Discontinued

Nintendo will introduce a similar loyalty program later this year. 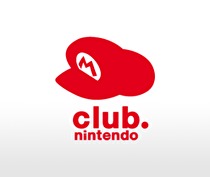 Nintendo has announced today that Club Nintendo will be discontinued in Japan, North America and Europe, with another loyalty program being introduced later this year.

No details on the new program was announced, only that they plan on announcing it on a later date.

In Europe, it was announced starting April 1 new retail games will no longer come with Club Nintendo codes. On the 20th, digital games will no longer be eligible for rewards. On September 30, the program will be officially discontinued, and that will be the last day stars can be used to purchase items. New 3DS models in the region are not eligible to be registered for stars.

For North America, the press release mentioned that a number of physical rewards will be introduced in February, and that the deadline for registering a new Club Nintendo account is March 31. The service will be discontinued more quickly here as the deadline to earn coins is in March while the deadline to spend those coins will end in June. Like last year, Gold and Platinum rewards will be digital titles selected from "a wide selection of Nintendo 3DS and Wii U titles," and will be available throughout the month of April.

Both the European and North American regions will receive the 3DS title Flipnote Studio 3D to download for free in February as well.

Well, we probably all saw this coming as soon as the physical awards really started drying up last year. Honestly, Club Nintendo has been so completely worthless for so long that it's probably for the best that Nintendo's finally taking it out back and shooting it. I can only hope that the main reason they're doing this is to create a new platform based on a unified account system, which they currently don't have. I'm not going to get my hopes up for the quality of the rewards improving, though. They're still Nintendo, and we're still not Japanese, after all.

The big problem with Club Nintendo was that it wasn't available in most countries. If the market wasn't big enough to build some kind of local presence for them to send CN physical rewards from.

Which is why for the entirety of my Nintendo history i was forced to pretend i am from another country to get digital Wii points (the only kind of reward available for me).

So i hope the new replacement system is something more global and maybe accounts-tied, please.

if none of this carries over, then what program they gonna have, no stars , not cards.
i guess if you buy lots of games you get to see how much fatter their wallets are getting?
Sad, guess i gotta rethink that NEW 3DS XL purchase, as well as all my games.

Oh man....I kinda had a lot of coins here.  Like, I may be sharing too much information here and embarrassing myself, but I have Google Docs Spreadsheet of all my Club Nintendo redeemable games, which have time-limited promotions on them (like Smash Bros), which I should avoid registering until after July since I've already hit platinum, etc...

I mean, I have DS games that I haven't registered yet because I had already hit platinum at the time.

I don't have the direct quote handy, but remember Iwata talking about a new loyalty program where you get progressively better discounts the more you purchase?  Since the entire VC catalog was never made available simultaneously on club nintendo, I'd much rather have discounts than prizes (assuming this is what the replacement program will be, of course).  Maybe it will work like the Target cartwheel app where you get rotating discounts, and greater % off the more often you use it.

It would have been nice if Nintendo gave people a little more notice. I have over a thousand coins and I don't even know what there is to quickly spend it on. If nothing else, Nintendo should have allowed people to register games and rack up coins until the end of the Club Nintendo year at the end of June then give people a few months to spend the coins.

The only thing I can think of that can reasonably explain why Nintendo is axing Club Nintendo for a different rewards program would be better integration with the eShop. Say instead of exchanging coins on Club Nintendo for an eShop code, it'll all be handled on the eShop itself where you can get free games or discounts. So maybe the new rewards program is tied to your Nintendo Network ID instead of having two different accounts. Just my guess. I wouldn't mind that as that's one less thing for me to keep track of. Still, there should have been a smoother transition.

In any case, I suppose I better get cracking on registering all those games I was saving for next year. Boo/hiss

It would have been nice if Nintendo gave people a little more notice. I have over a thousand coins and I don't even know what there is to quickly spend it on. If nothing else, Nintendo should have allowed people to register games and rack up coins until the end of the Club Nintendo year at the end of June then give people a few months to spend the coins.

Well, you have nearly 6 months to spend the coins, and games released prior to today, eshop included, still earn you coins/surveys until the end of March.  It seems like plenty of notice to me, and hopefully they follow-through on their promise to rotate in plenty of digital games for redemption between now and then.

Also, I found an article that detailed some of Iwata's musings on a new loyalty program from June 2014:
http://www.gamesindustry.biz/articles/2014-01-30-nintendo-outlines-plans-for-long-term-growth

Ehh, I disagree. The Club Nintendo year ends on June 30. That's should be the deadline for registering games. And there were a couple games/rewards I passed on in even the last few months that I probably would have redeemed coins for if I knew Club Nintendo was being discontinued. If those things don't show up again before the deadline, then yeah, Nintendo should have given more notice.

Not a huge problem. I'll deal. I can probably get like five or six eShop games with my remaining coins.

Eh, as long as we get some sort of roll over feature and a new system, then this is okay with me. Hoping I can get the coins for that poster set still though.

Was obvious since New 3DS didn't come with Club Nintendo code in Japan.

My only worry with Iwata's musings is that his idea is going to translate into "Hey, you buy a lot of RPGs! Let's make all these best selling RPGs available at a discount to you!" Even though you've already bought them all. That's the problem with Nintendo consoles, the library isn't substantial or varied enough for a concept like that.

Might not be totally accurate, but Google is showing the following Club Nintendo games for January:

I hope they add more games that haven't been in rotation yet.

Might not be totally accurate, but Google is showing the following Club Nintendo games for January:

Hmm.. weird that those titles came up through Google, but on Club Nintendo a couple are actually different. (Also odd that C.N. was updated this early - isn't it usually mid afternoon before they update?)

Offering Wii versions of games even as you're closing...

I hope they add more games that haven't been in rotation yet.

Well, Paper Mario has been offered before. I meant, it's not on the current list.

Kind of figured something like this would happen. When they started to make the Nintendo Network more predominate. And with all the different regional clubs it was probably easier to trash everything and introduce on program that covers all regions. This may indicate a move to remove the region locking also, at least that is my hope based on what some in Nintendo have publicly said.

The new program will probably be a mixture of what we saw with the different clubs and the ddp in some form.

I don't see what anyone has to be sad or complain about.  Nintendo fans have been begging for this since the introduction of Club Nintendo.

After all these years, when all is said and done, the North American Club Nintendo will finally be equal to the Japanese counterpart.

F-ck, was maybe going to hit platinum this year, although I guess it wouldn't have mattered given how lame the prizes have been. But they reference a final physical slate of items in February, maybe I can get a match for my Mario Enemy washcloth and my Nintendo drawstring, er, "dice" bag.

@ARcade
You can still get it this year if you want. Figure out which games you want and buy them before the deadline.

I've saved up more than 2000 coins thanks to the ridiculously limited reward choices, so I'm really, really hoping that the promised physical rewards are hum-dingers. And by "hum-dingers," I mean "Anything that isn't made of or meant to hold paper."


An irrational part of my brain is imagining a crate of mint-in-box original Zelda Game & Watches recently discovered under a tarp in the back of a warehouse. But realistically, I'd be stoked about a Yoshi plushy at this point.


Club Nintendo, you have five months left to disappoint me in new and original ways. Go!

I have to wonder why they feel they need to make a whole new program rather than just improve Club Nintendo. I just hope they offer some good closing rewards, because I have a mountain of coins.

I think people who are glad about this are assuming it will be replaced by something better. But I don't think it will meet our idealised expectations, so people are just setting themselves up for disappointment. Which is pretty much what we all did with Club Nintendo for six years.

Bub wrote a rap about it. Like to hear it? Here it goes

Nintendo in da club, Bobble full of Bub
look Mario, got mushroom if you into takin' dr***
I'm into Xenoblade X, not into Hotel o' Love,
900 club points for a hug, if your into getting snubbed

So now I feel like a bloody idiot for skipping the Luigi's Mansion statue. I had never played the game and foolishly thought it signaled the start of a new trend. Now I have a couple thousand points and absolutely nothing to spend them on. Guess I will get another poster tube to add to the collection in the closet.

I have to wonder why they feel they need to make a whole new program rather than just improve Club Nintendo.

At this point, the patient was pretty much terminal. The DDP proved they could automate this service on an NNID basis, fraud was all over the place, and the damn site buckled if you looked at it wrong.

I have to wonder why they feel they need to make a whole new program rather than just improve Club Nintendo.

In any case, I don't expect the new rewards program to be (better), just simplified.

I'm not shaken up over this, the rewards sucked every game they ever offered I either already had or it was on 3DS only. I did cash in all my coins to get that NES Remix 2 T-Shirt so I am good now.

I also wonder why they're ending all the ways to earn coins on March 31st instead of waiting for the usual year-end date of June 30th. I realised that March 31st is also when their fiscal year ends; could they be planning to launch the new program in April?