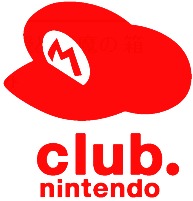 On the 3DS, Urban Champion is a simplistic one-on-one fighting game originally released on NES. On DSiWare, PiCTOBiTS is a mixture of puzzle games and NES properties. Both games cost 150 coins and both purchases are exclusive to 3DS owners.

The other two games, Eco Shooter and Snowpack Park, are exclusive to Wii owners. Snowpack Park is a fusion of simulation and mini-game-collection, which costs 150 coins to download. The other title, Eco Shooter, is a first-person shooter tasking the player with saving the world from an alien invasion, and costs 200 coins.

Oddly enough I dont see Eco Shooter on the List?

Calling Eco Shooter an FPS is a bit of a stretch.  I just watched the video for it on Club Nintendo, it pretty clearly looks like a rail shooter (and not a particularly good one at that).

And another month passes without anything worth my Club Nintendo coins, at least on the Wii side.

Just a few months ago we had titles like Super Mario Kart and Majora's Mask...

I guess the first batch of games was too popular...

Just a few months ago we had titles like Super Mario Kart and Majora's Mask...

Both of those being among the worst games int their respective series.

Agreed on Super Mario Kart. That game has aged horribly. Never played Majora's, but I hear it's amazing.

I find both Super Mario Kart and the GBA game to be the worst of the series.

I got Pictobits, as I need to spend my expiring coins on something. My initial impressions are that is... kind of okay, but not great. Maybe I'll get more into it the more I play it.

Yeah, what is PictoBits? Is it any good?

I grabbed Eco Shooter. It is a rail shooter, and while it isn't the best, it does have a cool recycling message and gameplay mechanic. A blast (pun intended) for high score junkies. :)

Yeah, what is PictoBits? Is it any good?

It's an interesting puzzle game with different levels based on retro games and some excellent chip tunes based on the music from the original games (Mario, Excitebike, Wrecking Crew, Ice Climber, etc).


For gameplay, there are oddly-shaped sets of colored tiles that drop from the top of the screen. You use the stylus to pick up colored blocks and place them on the screen in locations where they will form either lines of 4+ tiles or square shapes with the dropping blocks to make them disappear.  There are neat combo systems and ways you can earn coins to unlock additional content - including more challenging levels and a jukebox feature. Your quickest time and highest score for each level is also tracked so that you can go back and try to improve your performance.


While the basic gameplay is enjoyable (not a surprise for the ArtStyle series) it's the music that really made me enjoy the game.  This is one of the rare games where I've ever opened it the soundtest/jukebox and just enjoyed listening to the music. It really is that good if you think that remixed versions of classic 8-bit themes sound appealing.


Personally, I would recommend PictoBits for any retro and/or puzzle fan.  (I would've recommended buying at full price. Getting it for "free" makes this a no-brainer.)

I'll get Urban Champion just to complete my 3D Classics collection. I was actually hoping for this, because I wanted it for that reason but couldn't bring myself to spend actual money on it. Already own Pictobits (I am not going to spell it the obnoxious way Nintendo wants), no interest in the others.

I would totally buy that.

I'll get Urban Champion just to complete my 3D Classics collection. I was actually hoping for this, because I wanted it for that reason but couldn't bring myself to spend actual money on it. ...

I was tempted because it seems like the development team did an excellent job with the 3D conversion, but no matter how pretty the 3D effects are it's still Urban Champion.


In the end, common sense won out and my coins stayed safely in my Club Nintendo pocket.