Get ready to rock the original Kid Icarus in 3D! 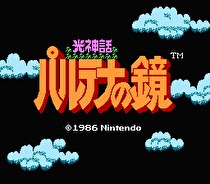 Kid Icarus is one of the next titles to be released for the 3D Classics series.

In Japan, gamers who register two Nintendo 3DS titles between October 1 and January 15 will be able to download the 3D Classic Kid Icarus free of charge through a campaign with Club Nintendo in Japan called "Chotto Mario na Nintendo 3DS Present Campaign".

After registering the games, players will receive a download code on their 3DS. The functionality to be able to receive and use this code will be implemented via the 3DS firmware update later next month.

There is no solid release date for the 3D Classic Kid Icarus at this time. Following the reveal of Kirby's Adventure in a European press release today, this is one of the last games in Nintendo's original batch of six 3D Classics.

Kid Icarus makes sense with a full feature game coming with the character.  I wouldn't be surprised to see Kid Icarus 2 come out for the the VC, GB game.