There will be 10 games launching with the service, as well as an Internet browser. 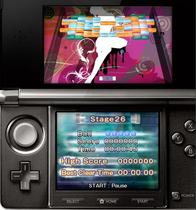 Six Virtual Console, two 3D Classics, and two other titles will help launch the eShop in Japan. An Internet browser will also launch with the service next week.

The Virtual Console slate, all from the Game Boy, consists of Super Mario Land, Kirby's Dreamland, and Baseball from Nintendo, as well as Mega Man: Dr. Wily's Revenge from Capcom, Avenging Spirit from Jaleco, and a River City Ransom sequel from Arc System Works. They will be priced at 400 yen (roughly $5) each, except Baseball, which will be 300 yen (roughly $4). No other systems are represented.

Baseball is listed as a one-player game, even though the original supported two players using the Link Cable, and the two-player option is still shown on a screenshot. There's no word of multiplayer support for Virtual Console titles.

Excitebike, one of the debut 3D Classics, will be free, as previously reported. This special offer will last until July 31. Afterwards, it will be 600 yen (roughly $7.50). Xevious is the other launch 3D Classic.

The two other games are Mystery P.I. - Lost in Los Angeles, the latest in the series from SpinTop Games (who are owned by PopCap), and 3D Breakout. Both games are 500 yen (roughly $6).

There was no mention of the Pokédex 3D application that was unearthed for the North American eShop.

The ten launch games are listed below.

The Internet browser will include MPO 3D image support, meaning that images taken with the 3DS and embedded in a web page will display in 3D. Images can also be saved and viewed in the Nintendo 3DS Photo application. The browser will allow users to upload photos from SD card to a service called "My blog". Users will also be able to save up to 64 bookmarks.

The browser will not include plugin support, meaning Flash will not work. 3DS game trailers can be viewed from the eShop, but 3D movie support in the Internet browser is not mentioned.

Lastly, DSi-to-3DS transferred is also confirmed for the update, which is slated to hit Japan on June 7. Users wishing to transfer games will need to download a data transfer program from the DSi Store onto their DSi systems. The following limited number of titles cannot be transferred.

Interesting. I may pick up Super Mario Land.

The first GB Mega Man was brutally hard. Mostly because you could only jump two blocks high.

I thought Link's Awakening DX was going to be a launch title. :(


Web-brower doesn't have flash, well I'm hoping for Youtube specific channel to make up for that.

I'm hoping there will be some work around for YouTube. Granted I have other ways of reaching it, it still would be nice since they have 3D options for videos now.

I thought Link's Awakening DX was going to be a launch title. :(

Yeah I thought so too. It was the one game I wanted to pick up at the launch of the eshop channel. Never really got much of a chance to play Link's Awakening in the past. Maybe the NA launch games will include it?

I wonder if their is a Gameboy Color mode?  It be fun to do that coloring again with GB games.

Web-brower doesn't have flash, well I'm hoping for Youtube specific channel to make up for that.

I agree. If 1 Yen was 1 Cent then these VC eShop games are TOO EXPENSIVE.

Web-brower doesn't have flash, well I'm hoping for Youtube specific channel to make up for that.

I agree. If 1 Yen was 1 Cent then these VC eShop games are TOO EXPENSIVE.

I have a feeling that Europe and NoA will be pricing them differently.  If NoA thinks that price point will be a draw to the system here in the states they have a rude awaking coming.