With no sign of Fatal Frame IV getting released outside of Japan, a team of hackers and translators took it upon themselves to give owners of the game a way to play it in English.

There are plenty of games that never get an official release outside of Japan, but few fans thought that Fatal Frame IV would be one of those games. Yet it's been more than a year and a half since the unique horror game came out in Japan and almost all hopes for an official English release have been extinguished.

However, a team of hackers and translators recently released the first version of their Riivolution File Replacement System for the Wii, with an English translation for Fatal Frame IV alongside it. As long as they have an SD card and an official imported copy of the game, interested Wii owners can have the opportunity of playing Fatal Frame IV with translated text and art assets.

Recently, NWR had a chance to conduct an interview with three members from that team: Colin "Tempus" Noga, Clayton "Mr.Mongoose" Ramsey, and Aaron "AerialX." 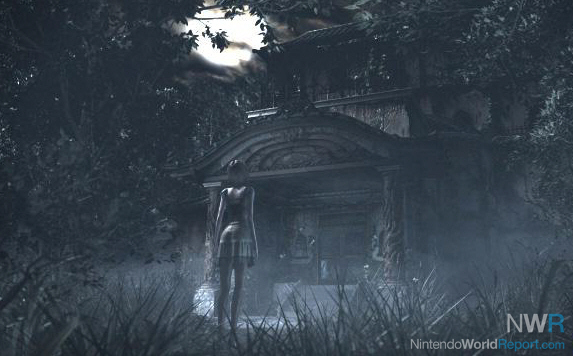 The Project and the Game

Nintendo World Report (NWR): What was the impetus for this project? Are you all Fatal Frame 4 fans?

Colin: This project started back at the end of April, when it was looking pretty clear cut that the game had been cancelled. I'm not a big fan myself, though I have played the other games, but my girlfriend is. She mentioned it to me, and I thought "I wonder if I could do something about this?" A few days and a couple forum posts later, it turns out I could. And it just kept rolling from there.

Clayton: I am actually a huge Fatal Frame fan - but wasn't able to play FF4 when it originally came out in Japan because I don't speak any Japanese. I was eagerly awaiting the English release when it was cancelled. That left me in the same position as so many other fans of the series. I was looking for news on the topic when I found Colin's post asking for assistance. Fortunately, I am an experienced programmer and have worked with internal game data files in the past. Since the first step was to figure out how all of the dialog information was stored, I figured I might be able to contribute to the technical side of things, even if I'd be useless in the actual translation. In many ways my motivation was simply to be able to play the game. In addition, working out the internal data structures provided a real intellectual challenge - and I've never been able to say no to that!

Aaron: As for myself, I actually came in a few months later when I happened to be around a chat room to see Colin talking about patching the game. I brought up a game-patching method I'd abandoned a year ago, and we just started talking from there. Unfortunately, I still have yet to obtain or play Fatal Frame 4 - ah the irony.

NWR: What is your opinion of the game itself?

Colin: It's a good game. It'll never make game of the year, but it's a really solid game, and one of the better titles for the Wii. The horror genre doesn't get tons of love from the mainstream community, but it's produced some really high quality games despite that. The Fatal Frame series is at the top of the genre, and while Fatal Frame 4 doesn't exceed expectations, it certainly lives up to them.

Clayton: It isn't the best of the series - but I would say it is the best survival horror game available right now. Unfortunately, the genre seems to have declined significantly in recent years, so that isn't quite the achievement it once would have been.