Wingspan Brings Serenity to a Complex Board Game Genre

This digital board game mixes bird watching with Catan and Terraforming Mars. 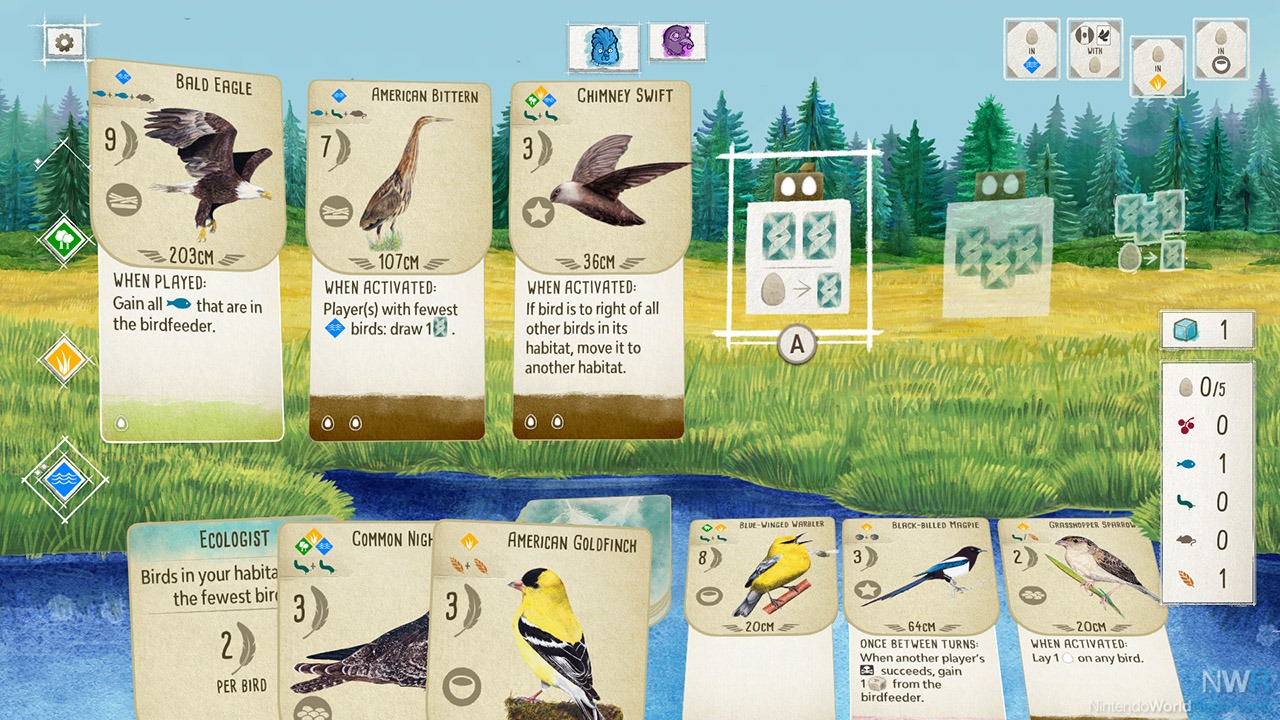 Wingspan is a bird-focused digital board game that first showed up in the Indie World video from Nintendo back in March. I had heard positive buzz about the board game inspiration; it’s an award-winning, highly regarded 2019 game that regularly sells out. The gorgeous painterly art style drew me in after the hype about the board game had me intrigued. Wingspan’s demo showcases the tutorial of the video game, which made it a little bit text-heavy, but I’m smitten with the style. It’s a relaxing but competitive game where you try to build up a collection of birds across different habitats. Along the way, you use dice rolls to gather food, draw cards, and even try to make use of predators to further your goals. This seems like exactly the kind of game I want to curl up on the couch and play on Switch.

I will be curious to see how any kind of multiplayer works on Switch, though, since this is very much a hand-driven game. Up to five players can play in the multiplayer mode, though if you do want to play by your lonesome, you can try your luck against bots. Thanks to the presentation, which is bolstered by real bird sounds and recordings, it’s just pleasant to gaze at. Wingspan essentially takes complex engine-building games like Terraforming Mars and boils it down into a nature walk. 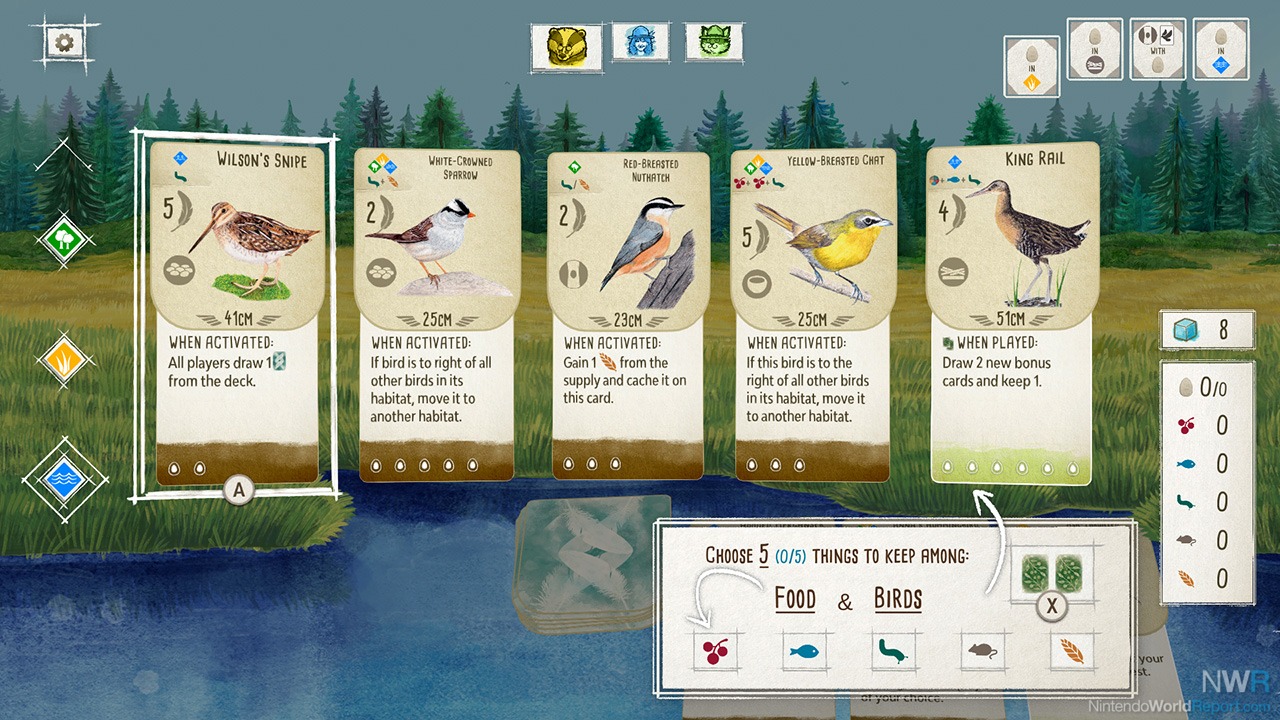 The biggest dilemma I’m facing after playing this demo is do I lay down a pre-order for the physical version of the board game (set to be in stock in July) or wait and see when the Switch version comes out. As of now, the game is set to release this summer (pushed back from the spring window mentioned in the Indie World video). Whether I go for the actual board game or the digital one, Wingspan seems like a fantastic experience I need to further investigate.