Reminiscent of the likes of Pac-Man and Mole Mania, Radical Rabbit Stew hearkens back to an older era.

Note: This is a preview from PAX East 2020, written days before basically every in-person event in video games was cancelled for 2020. Enjoy the references to the before time when we gathered for events.

I sat down to play a demo of Radical Rabbit Stew on the Nintendo Switch with relatively minimal explanation. A representative at publisher Sold Out’s booth ostensibly said “you’ll get it” and handed me a Switch. She was right: I got it. Radical Rabbit Stew is a vibrant and absurd action puzzle game that seemed to be a bizarre amalgamation of Pac-Man, Mole Mania, and Adventures of Lolo. 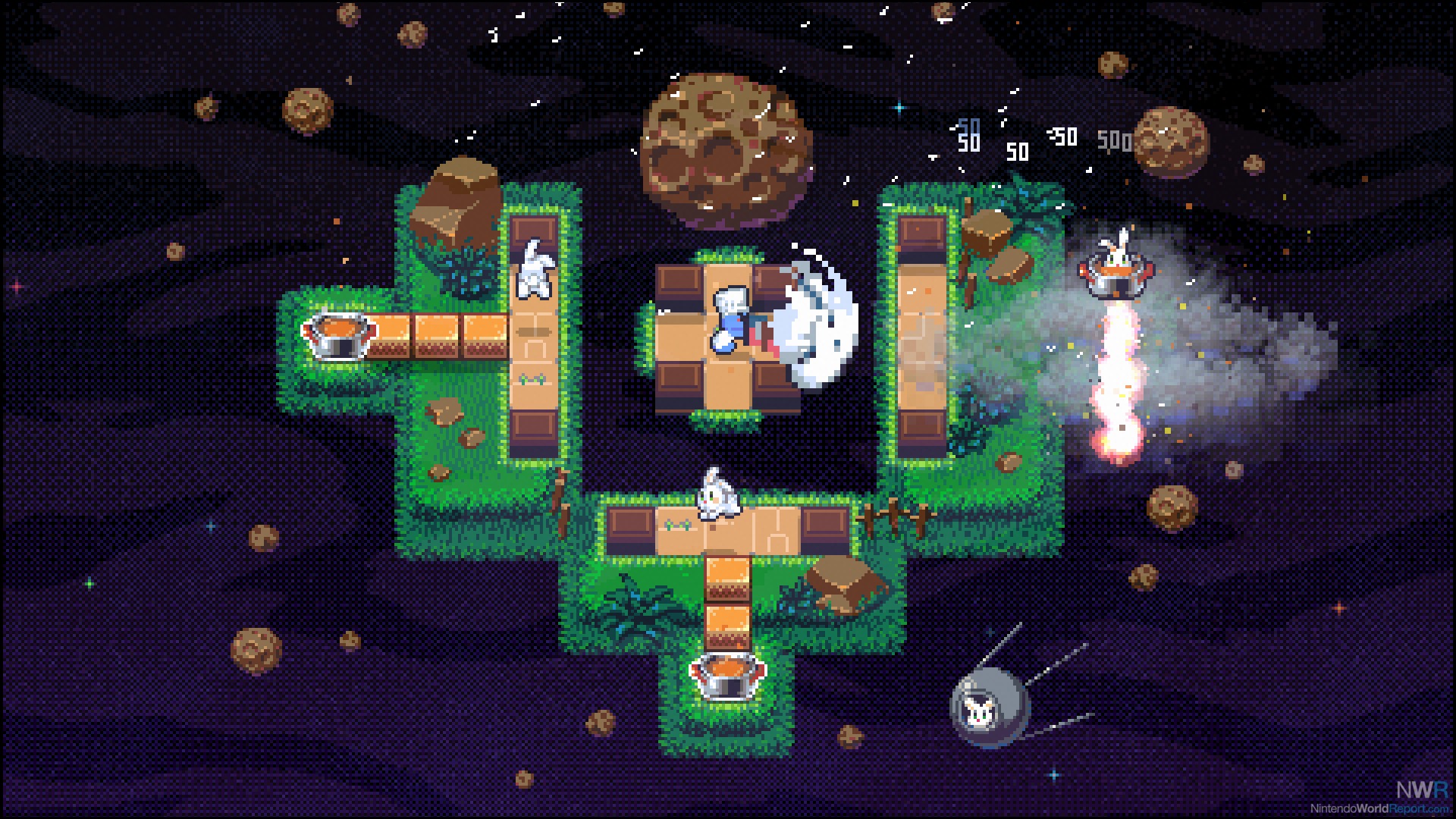 Now it doesn’t directly compare to those games; it’s far more of a vibe thing than anything specific. You’re a little alien chef running around tile-based puzzle levels trying to line up rabbits to be whacked so they fly into a stew pot. Morbid goal aside, every level consists of a puzzle with a given number of lagomorphs that need to be laid to boiling rest. I happily blazed through the first world, mostly consisting of straightforward levels, but ended with a really neat boss battle: Rabbits be riding trains all across the screen as you navigate a small set of corridors to try to line up wallops to knock out train cars. It was a nice change of pace from the more docile core levels as it ramped up the action a lot.

I peered into the next beach-themed world a bit, which started to open up into much more expansive and complex levels, promising that this concept is likely to be fully fleshed out over the course of the journey. The enjoyable action puzzles, frenetic boss battle, and potential of more variety made Radical Rabbit Stew a compelling game. It hits the Switch eShop on July 16, so you can spend your summer cooking up wascally wabbits.