I turn my back for five games and this is what happens?

Although I’ve played the two Senran Kagura titles on 3DS, I’ve left that series by the wayside as it’s departed from brawlers to Splatoon-style shooters, massage games, and the other spinoffs that Zach devours every single time. At E3, my return to the series came in a demo of Peach Ball, the pinball game coming out in a few weeks. And though I know this will definitely appeal to fans of the series, it’s still a simple pinball game at heart. 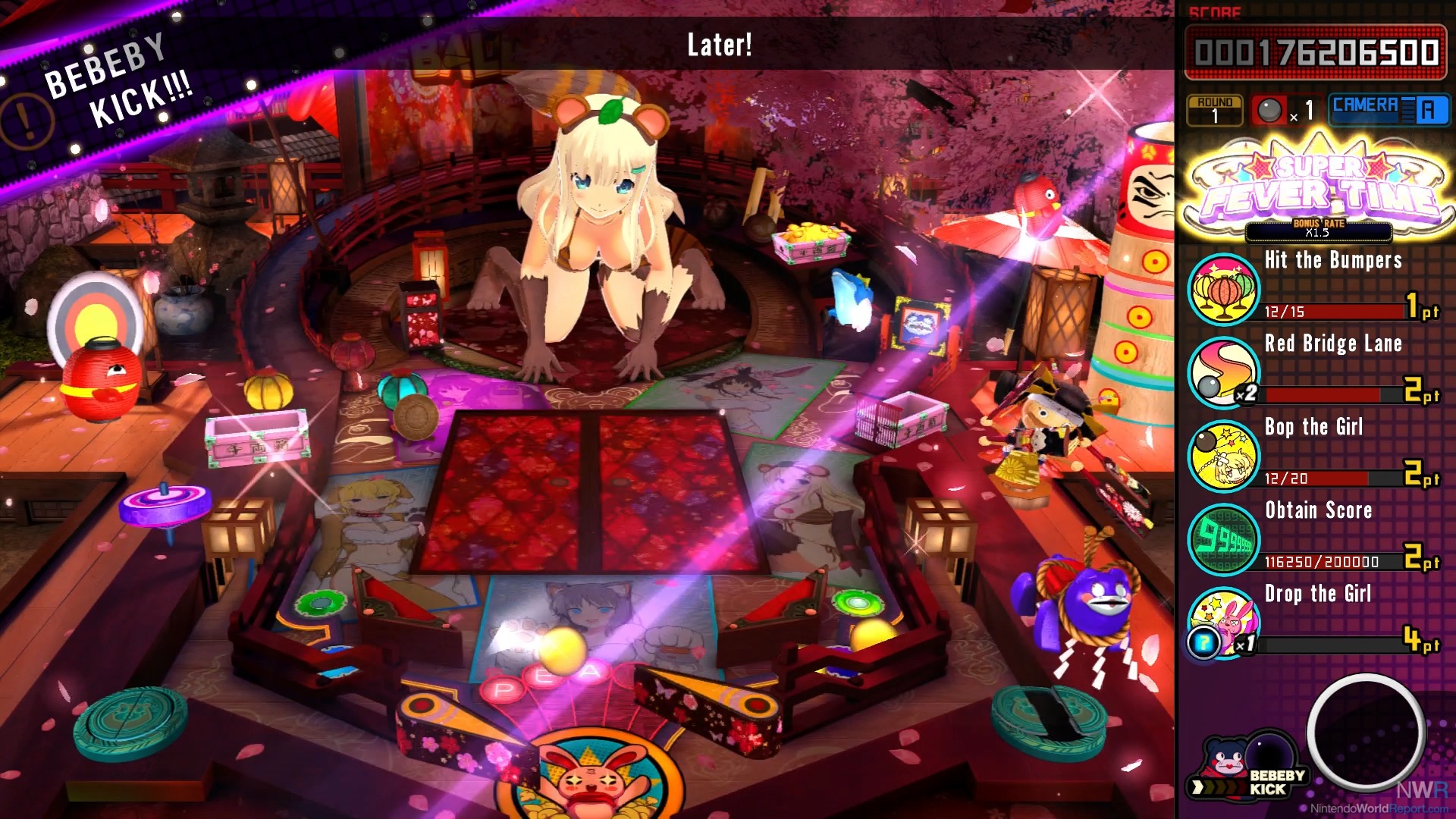 The demo spans the game’s first two tables, and as befits a Senran spinoff, the plot (as opposed to the “plot”) is paper thin. One of the girls finds that her teammates have all decided to imitate animals, and the only thing that can turn them back to normal is apparently a special pinball machine in a local restaurant. Specifically, this is done by warping them INTO the machine and battering them with pinballs until they come to their senses. My reaction consisted of trying to rehinge my jaw after the first table, before discovering that yep, there’s a second one here. They’re not letting me go that easily.

It’s hard to mess up pinball, and Peach Ball at least has a workable pinball game hidden behind the copious amounts of life and hometown (NSFW language) on display. The flippers are controlled by either set of triggers, and if needed the option is there to nudge the table. Thankfully, I didn’t tilt during the session. Each table requires the ball be flung around to complete objectives that pop up on the right side of the screen, such as hitting teacups or taking ramps, while also aiming up the middle at the girl who needs fixing. Hitting them enough unlocks “Sexy Challenge,” in which you warp to a smaller table and attempt to hit targets as much as possible. The third “Sexy Challenge” to unlock will place the girl’s breasts on the field directly to attack, and after time runs out the animal outfit will fly off and the level will end.

The first Senran Switch game was specifically designed around HD Rumble, but Peach Ball wasn’t all that concerned with it (at least while playing in handheld mode). I had some difficulty as well finding a camera angle that gave a view of the field I was looking at: the default is probably accurate for a pinball machine, but most of my pinball experience is in video form so I’m more comfortable looking at a straight ahead perspective. And of course, the view is dominated by the girl du jour, regardless of the angle I picked anyway.

Senran Kagura Peach Ball is releasing on July 9, and there is a 141.6666…% chance that Zach will have a review for it around that time.

I have been looking forward to this game ever since it was announced. Im definitely buying it.