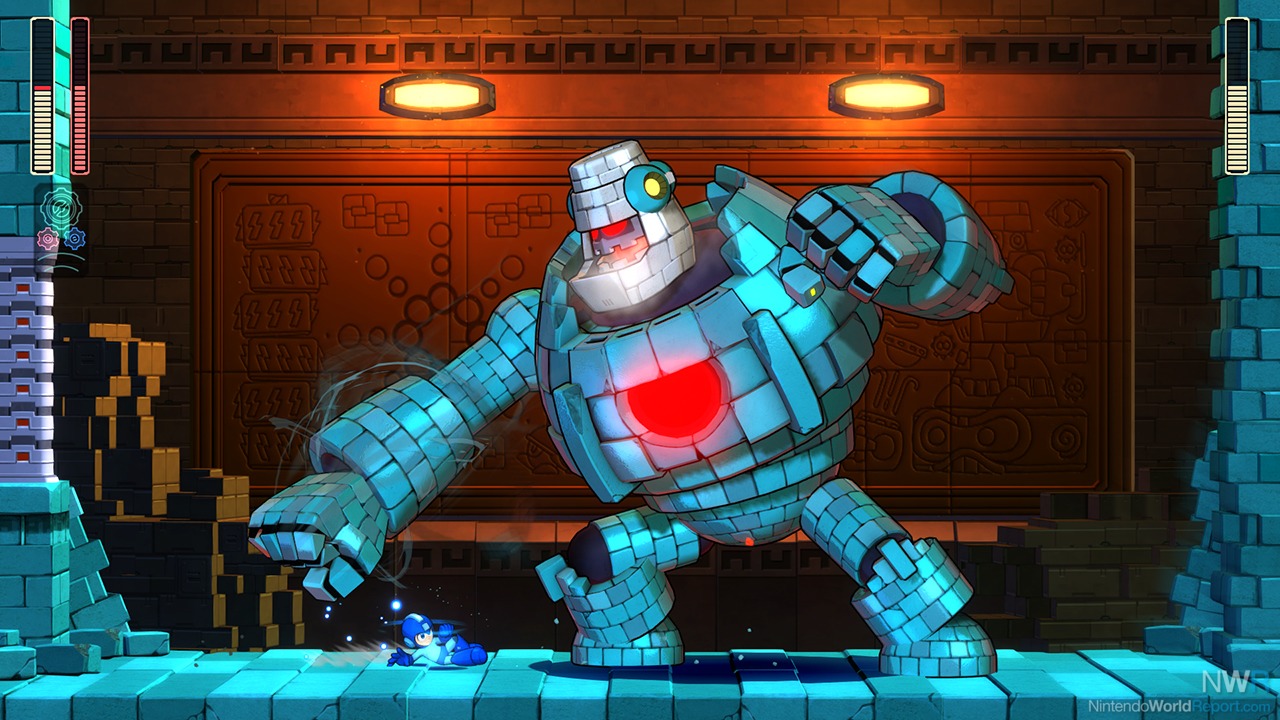 As a fan of Mega Man since the first one, I see no better celebration of the character’s 30th anniversary than a brand new sequel. Mega Man 11 builds upon everything this series is known for, including a progression of the high-fidelity cartoon style developed in 7 and 8. In terms of controls, speed, and jump physics, it’s more like the classic style of 1-6 and 9-10.

The new mechanics in this E3 demo are significant, but not overbearing. Mega Man has two gear powers, each activated by a shoulder button; a second tap will deactivate the power before its gear overheats. A simple cooldown mechanic lets you use these abilities often, but this added layer of management may outweigh the benefits when the action is most demanding. A whole page in the subscreen menu is devoted to gears, but I was only given access to a gear that powers up your shots and another that slows down time. The latter is notable for affecting everything, including Mega Man, so it seems mainly useful to anticipate and nail tricky, timing-based challenges when visual cues are available.

The level design seems to support that tactic, from what I got to play. Fuse Man’s stage is full of conveyor-mounted lasers that rhythmically cycle on and off, while Block Man’s stage drops massive cubes in the path of your jumps, which are further threatened by flying enemies and the dreaded knockback effect. Both levels follow the traditional Mega Man formula and are every bit as exacting as we’ve come to expect, but familiar tools like the slide and Rush Coil item can help when used correctly. I didn’t find a store in this demo, but bolt pickups would indicate that some upgrades and customizations await.

There’s not too much else to say, as Mega Man 11 is every bit as faithful to its principles as the straightforward title suggests. The updated graphics look great in action, and the animations don’t obscure the precise positioning and timing needed to play this kind of game. This fan’s concerns are allayed and hype is kindled for another romp -- bring on Dr. Wily!

Note: Mega Man 11 is playable on Switch at E3 2018, although we played the PS4 demo due to availability.