How many times can you release the same game? Ubisoft would like to know....

Did Ubisoft deliver with their four launch games?...

Some of us have 3DS, and all of us have your provocative emails. Are Nintendo fans too negative about Nintendo?... 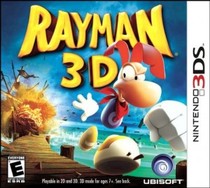