For one last time, we ask that you "please understand."...


RADIO FREE NINTENDO: Episode 391: Like Crabs in a Bucket

After doing this for years you would think everyone would have built up a camaraderie, but in the end everyone's just trying to be the first to escape....

We want to tell you about a handful of Nintendo games!... 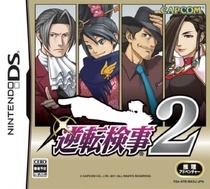