HANDS-ON: Wii Sports Resort landed overseas in Japan last week, and we give you our impressions....

HANDS-ON: Toss some Frisbees and ping some pongs!...

HANDS-ON: I checked out the game's Table Tennis, and the Motion Plus adds a whole new spin to the game of Ping Pong....

HANDS-ON: Archery was unveiled at Nintendo's E3 Media Briefing and we got a chance to play it....

HANDS-ON: We were able to play the Dueling event in Wii Sports Resort. Check out our thoughts!...

HANDS-ON: Basketball was revealed at the Nintendo Press Conference this morning. Check out how it plays....

Archery, Basketball, and Skydiving were demonstrated live on stage and a trailer was seen depicting multiple other Wii Sports Resort games to anticipate....

HANDS-ON: Get even more exercise from your Wii....

The successor to Wii Sports has been revealed by Nintendo and will include their latest accessory, the Wii MotionPlus....

Dive into the history of the developers of Splatoon, Animal Crossing, and more....


Best of the Wii: Our Top 10 First-Party Wii Games

Nintendo made a lot of great games for the Wii. Watch us fight over them....

Could Nintendo Bring Wii Sports Back This E3?

It’s been a year since Wii Sports Club finished development. That team is likely working on something new....

Is Nintendo leaving behind the audience that Wii Sports created?... 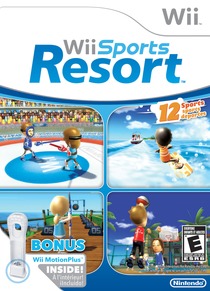