Calling it a "survival" guide this year seems a tad short sighted. 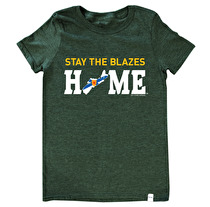 Despite the fact that we all should, in the words of my soon-to-be-former Premier, "stay the blazes home", the retailers are continuing to offer a slew of deals for the last Friday in November. In fact, most retailers have actually kicked off with some sort of deal, but there's going to still be some nice things to order from (hopefully) the comfort of your phone or couch.

Special dispensation of hatred goes to GameStop, who apparently are out to cause a series of superspreader events by selling new consoles in-store only on Black Friday. This coming after a stunt earlier this year where they declared themselves an essential service just long enough to get rid of all of their Animal Crossing: New Horizons / Doom Eternal preorders, and a second one where they staged a TikTok dance contest to decide who would get extra hours on Black Friday. Standard disclaimer: I am not making this up.

Anyway, Nintendo has already revealed their Black Friday standard offers, but the third parties are going, as the kids say, HAM this year. And some people are even going over and above the promised deals. So let's get diving.

Standard notes: Amazon will price-match offers as much as possible, which is why they don't have many listings here. Recommended Twitter follows for the week: noted bot Wario64, Video Game Deals, and for my fellow Canadians, Lbabinz and GameDealsCanada.

Burnout Paradise is available at a reasonable price! Cool stuff.

Something I should add (and doing it in Talkback shows up on the front page of the article): Retailers may price match the eShop sale with codes that are digitally delivered, and if you buy that way you get full My Nintendo gold coins instead of the sale value.

EG: Dragon Quest Builders is 50% off, so you'd get 125 coins for buying it direct from Nintendo during the sale (assuming US eShop). Buying and redeeming a code will get you the full 250.