There's some real titans (or Skells) on this half. 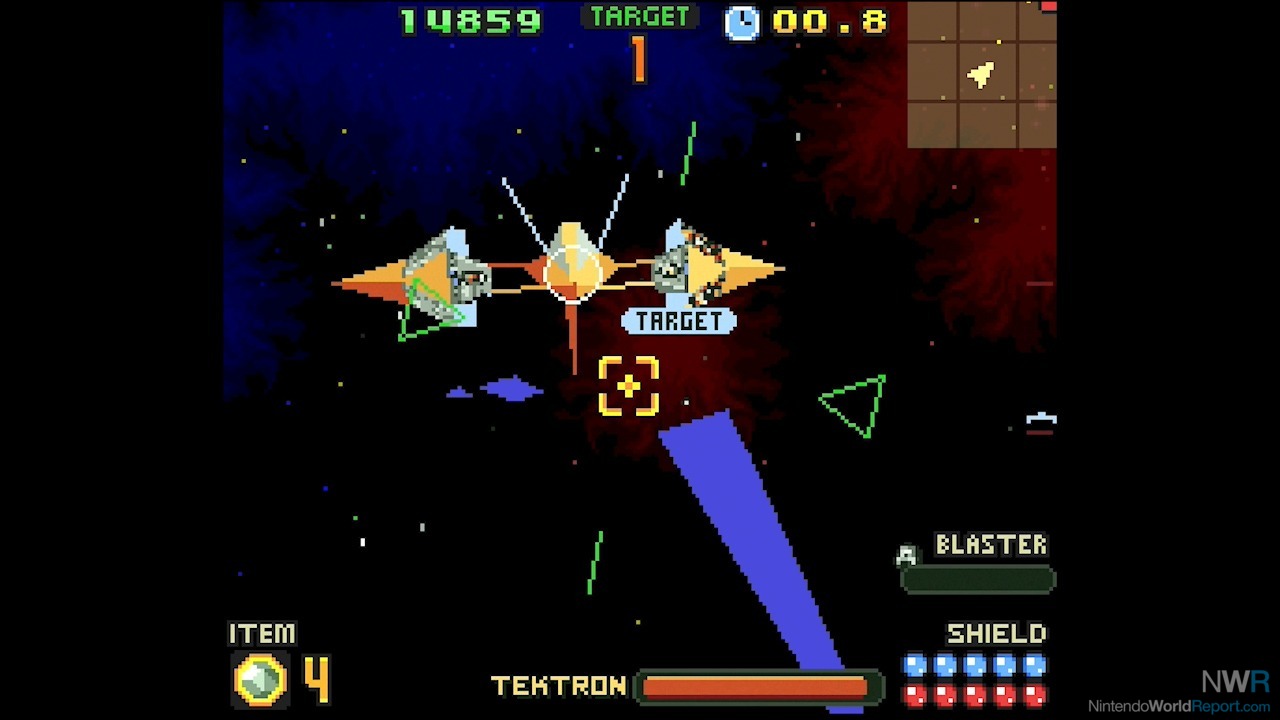 The release of Star Fox 2 over two decades after its initial development was an unprecedented event in the history of video games. Initially developed by Argonaut and Nintendo for release in the mid 90's, Star Fox 2 was set to be the most advanced 3D game to release on the Super Nintendo. However, due to a desire to present the upcoming Nintendo 64 as the home of 3D games, Star Fox 2 was cancelled and left in a completed state until 2017. It was then thanks to the release of the Super Nintendo Classic and the resolution of the patent issues on the Super FX Chip, that the public finally got to play the final version. With a second release on the Switch Online service two years later, it is clear that Star Fox 2 has finally been embraced by Nintendo. - John Rairdin 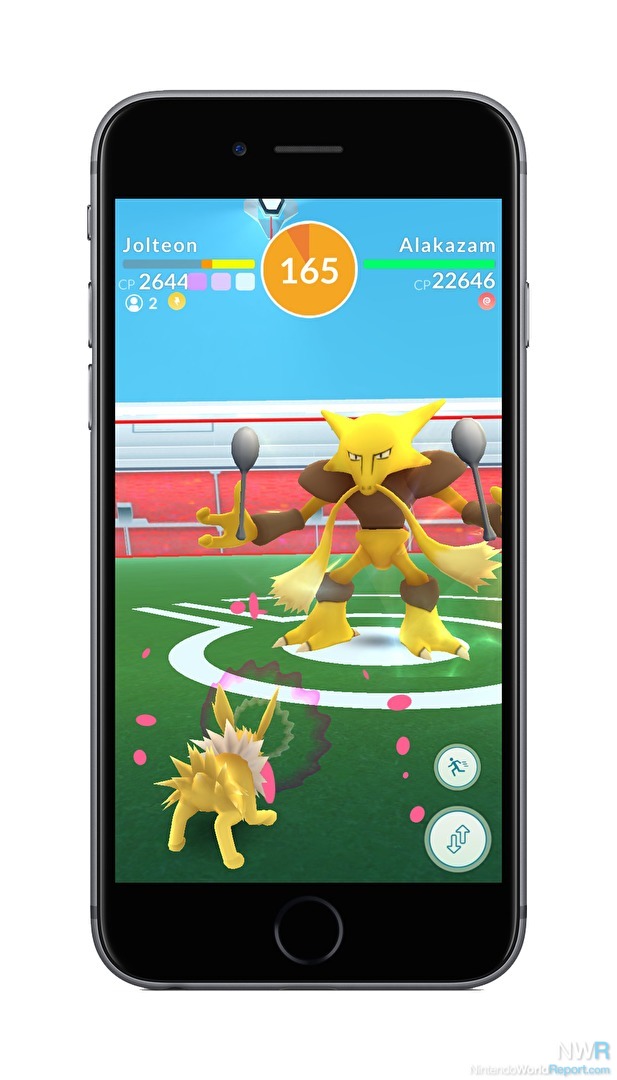 Pokemon Go was not just a game, but it was a global phenomenon. For that one summer in 2016, the whole world was addicting to catching Pokemon on their phones. Everywhere you looked, there were people catching a rare Pokemon or stores advertising that they were a Pokestop. Even while traveling overseas, I met and bonded with complete strangers over which new Pokemon they just found.There was nothing like the success of Pokemon Go, and with the addition of new features and Pokemon every few months, it was one of the best and most memorable parts of the past decade. - Brett Posner-Ferdman 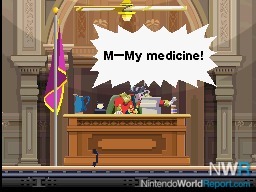 The Ace Attorney series is an eternal classic, but Shu Takumi's masterpiece isn't found in Phoenix Wright. No, it's found in Ghost Trick, an electric and wonderful narrative-heavy puzzle game that involves gorgeous rotoscope graphics and sharp character designs. Beyond the visuals, the writing is excellent, with memorable characters and situations, including some truly emotional beats. The way Ghost Trick comes together at the end is just beautiful. - Neal Ronaghan 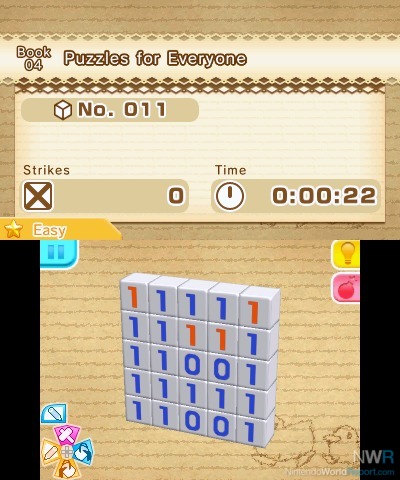 Frankly. Picross 3D or Picross 3D Round 2 both deserve to be on this list, but I'll give the slight nod to the 3DS sequel, which did improve on the pure bliss of the original. Most of us are probably familiar with the logic puzzle design of Picross games, but what Picross 3D does is deepen the number-crunching logic to spatial reasoning as well. You have to think in 3D and the puzzles are diabolical but oh-so satisfying. Using your stylus to knock away blocks has a wonderful feel that is more than just simple puzzle solving; you're making sculptures. The addition in Round 2 of making it so there are two different colors for puzzles deepens the strategy but also allows the eventual solutions to be more dynamic. It's a shame dual-screen systems might be gone, because Picross 3D more or less requires it for optimal play. - Neal Ronaghan 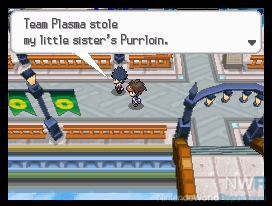 As the first direct sequel to any Pokemon game, Pokemon Black 2 and White 2 had big shoes to fill. The revamped story, quicker battles, and addition of Pokemon from previous generations made Unova feel more complete than ever before. It also added one of the best additions in the series, the Pokemon World Tournament, allowing players to face off against previous legendary trainers from the series. In the end, Black 2 and White 2 stand out as a shining example of what GameFreak can do when they perfect the Pokemon formula. - Brett Posner-Ferdman 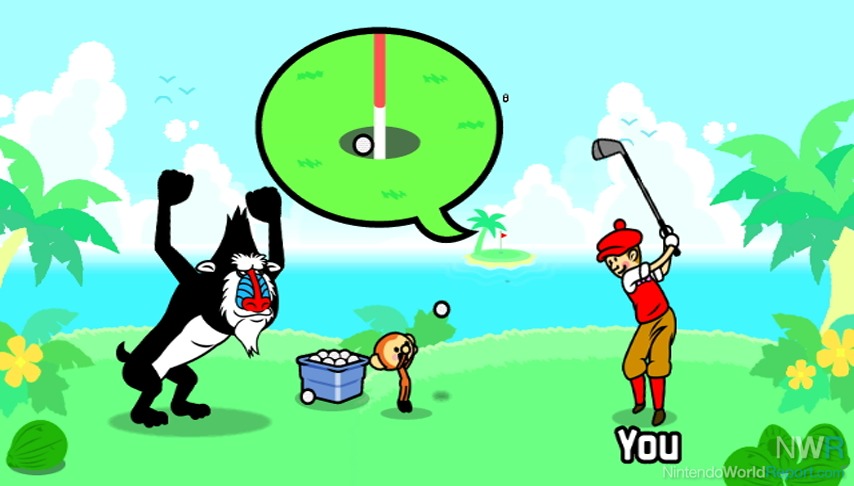 Rhythm Heaven Fever is, quite easily, one of the best rhythm games ever created. The title is packed with over 40 stages which are entertainingly animated with fun characters in wacky situations. The music is also super catchy and really unforgettable. Every few stages combines music from the previous couple of levels for an amazing remix. The gameplay is very simple only requiring the use of two buttons so it’s very easy to get into, especially since each original level starts with an optional tutorial. There is some fun replay value to be found as someone can try to improve their performance. Taking turns and playing through different tracks has become a popular thing to do during parties at my house, and its ability to draw in even people who normally don’t game help elevate it in my eyes as one of the best games of the last decade. - Justin Berube 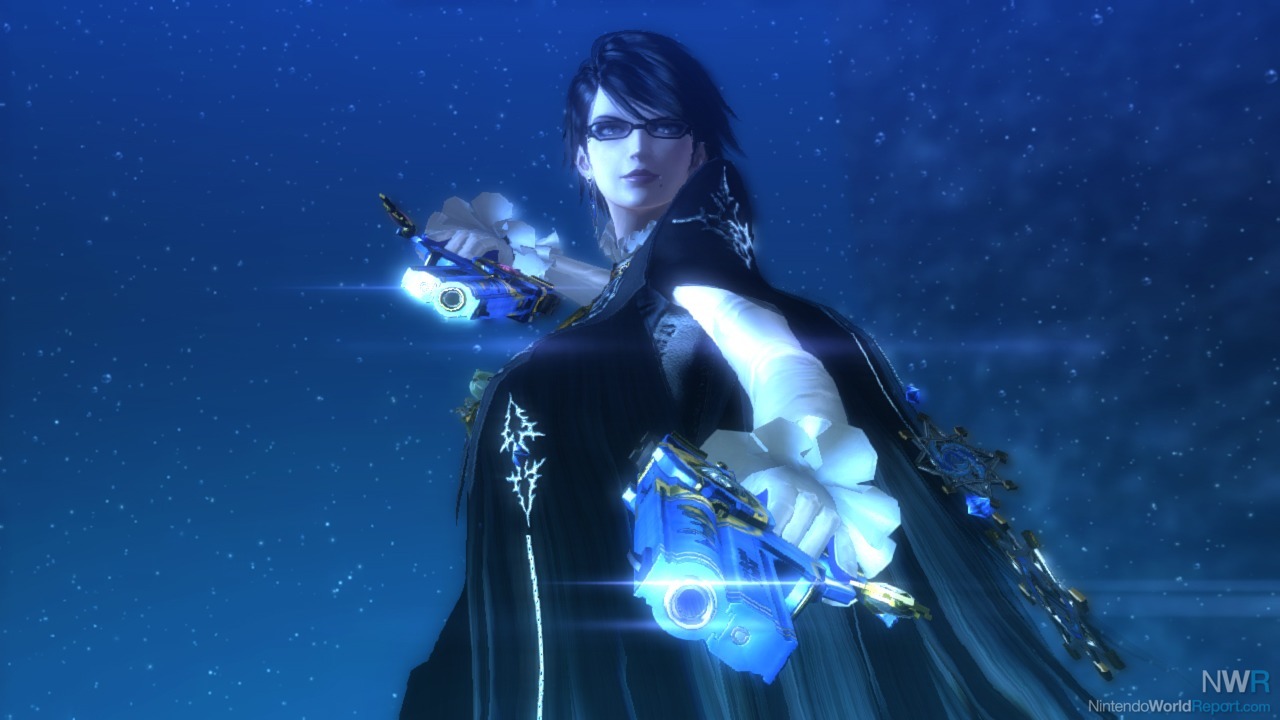 The fact that Bayonetta 2 even came to a Nintendo system is more stunning than the title character. A game that trades so explicitly on sex appeal (pardon the pun) is not only coming to a Nintendo console, but Nintendo owns the publishing rights to it in perpetuity? Madness. And yet, Bayonetta 2 pulls off stylish action like nothing before or since on a Nintendo system, and you could put it up against the biggest guns elsewhere. And it's also the answer to the question "what is the greatest Christmas game of all time", so it's got that going for it. - Donald Theriault 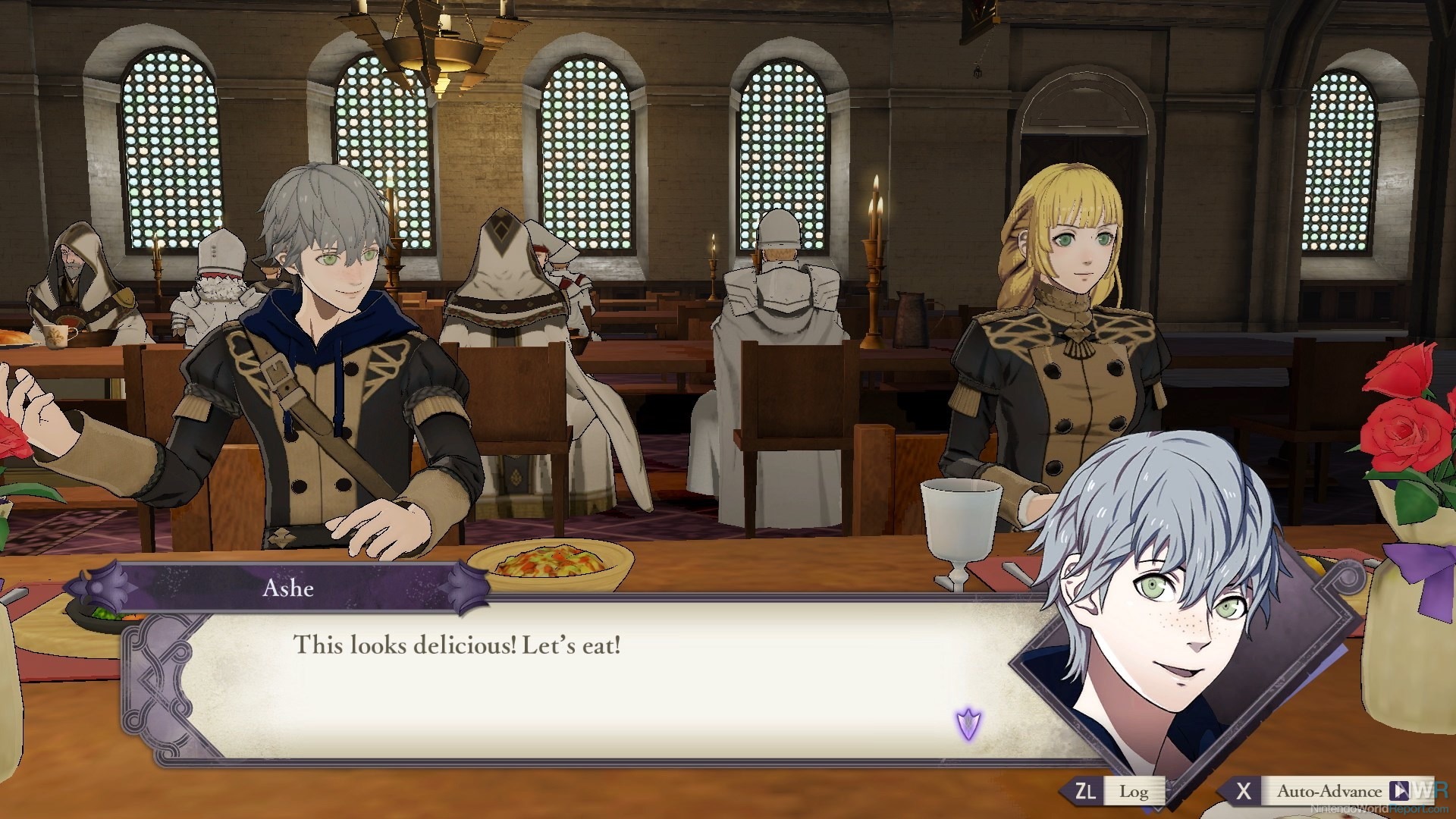 Our 2019 Game of the Year continues a trend of the Switch having the most. It's got the most games of any Nintendo system, Zelda has the most open world, Mario has the most things to find... and Fire Emblem: Three Houses has the most possible playtime. There are people with 450 hours on their play time for Three Houses that aren't what they would call "halfway done" with the game yet. The multiple paths through the game are part of the driver, but it's the individual characters and their interactions with each other and your character that ratchets the play time up. With gameplay that doesn't get old even after a potential thousand hours, it's no wonder Three Houses will keep getting played into 2025. - Donald Theriault 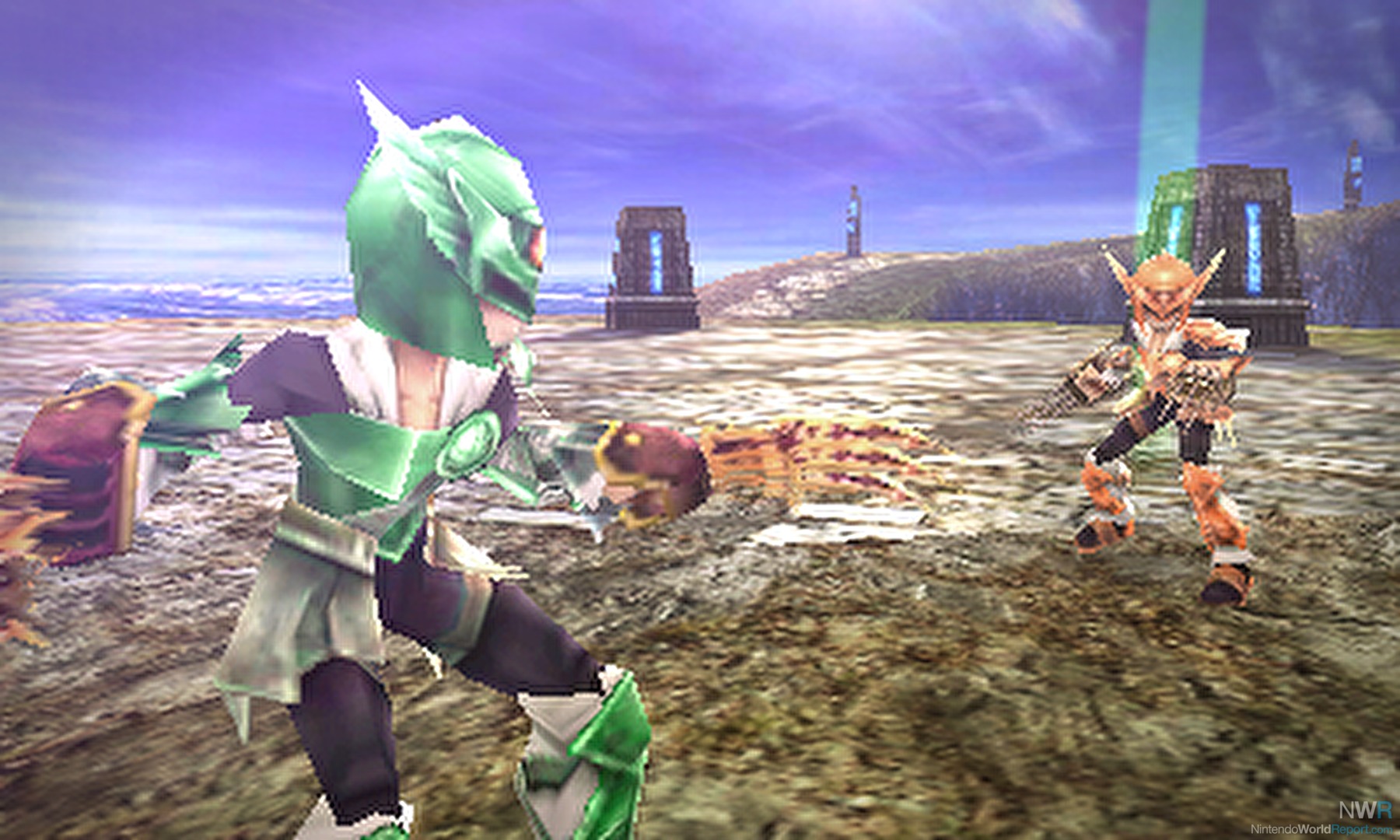 Kid Icarus: Uprising led to a flurry of excitement when it came out in 2012 on 3DS. The story mode was pure excess, borderline outstaying its welcome while being endlessly inventive and absolutely batshit crazy. It's a reminder of how Sakurai's dedication to absurdity comes out in more ways than just Smash Bros. Uprising adds a lot to the Kid Icarus mythos while being one of the funniest games I've ever played, drowning in a constant ratatat of zingers, comical setups, and egglants. The trackball-esque controls are definitely an acquired tastes and the demanding control scheme can get cramped on some, if not all, models of the 3DS, but Uprising was an experience that made me erase the concept of a hand cramp from my body for several months. The grind for new weapons couped with the sheer variety of weapons that would drop with greater rarity and frequency depending on how granularly difficult you made the game. On top of the single-player, the online multiplayer was absolutely top-notch and actually had a rather soild existence (I recall finding matches in like 2015). This is a game where we ran an online tournament and it was thrilling and fun. Kid Icarus Uprising online runs better than Smash on Switch. - Neal Ronaghan 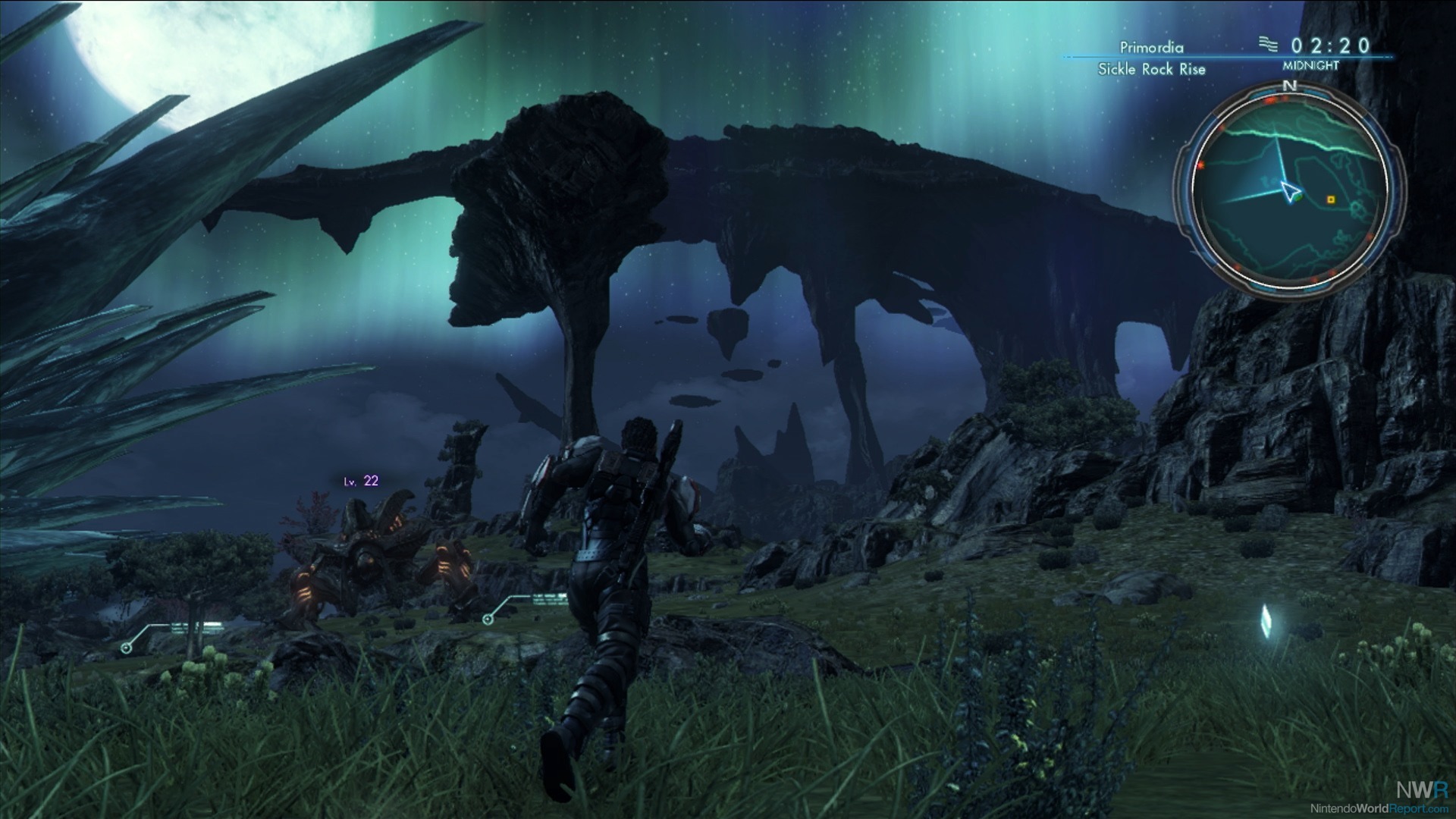 If the original Xenoblade Chronicles was a story focused game, Xenoblade Chronicles X did a 180-degree turn and focused on gameplay to an almost absurd extent. Its open world was one of the largest ever created, and every section of map had something to do in it. Often, several things. With enough determination - and with the ability to ride and later fly - it was possible to reach anywhere. If Xenoblade Chronicles X doesn't happen, neither does Breath of the Wild. That's not to give the story short shrift, as it has moments that vacillate between tender and terror, often in the same cutscene. But when you're soaring into the sky and "Don't Worry" is playing in the background, it's one of the best moments of the decade. - Donald Theriault

Wow. I've played way more of the nominees that didn't make it then I have of the games that are part of the Top 20. Played BotW, Odyssey, and New Leaf and dabbled in XCX but always meant to go back. I was only beginning to get through the second (jungle/forest) area when I stopped and never returned.

Of the top 20, I haven't played 6 of them, which are Pokémon Go, Ghost Trick, Picross 3D Round 2, Bayonetta 2, Fire Emblem Three Houses, and Shovel Knight. Out of the 14 I've played, I'd say two are undeserving, but I can't say which two as there are already some red lights aiming at me...

This is certainly the biggest injustice of the list.

You can say which two they are. I'm pretty sure one of them is Breath of the Wild but what would be the second choice? Tropical Freeze? Smash Ultimate?

Nice to see Ghost Trick in there.  I don't think I played it until 2018 but I didn't know it was even a thing until years after its release and it took a while for me to find a copy.  I don't know if everyone would like it but if the concept sounds up your alley you will probably love it.  The concept is that your character is dead and you're trying to solve your own murder.  This isn't a spoiler as you're already dead when the game begins.  You have the ability to possess items and manipulate them and you use that to complete the stages and it often involves figuring out what to manipulate and when to do it since usually the stage is time based with characters doing things at certain times.  If you like the characters and storytelling of Phoenix Wright then you'll probably like the story here as well.

Ghost Trick surprised me in how well the game has held up over time - still looks beautiful, and the story beats are great even after you've played through (assuming you give some time so that you don't remember all of the details). Not the kind of game that I would normally expect on these "best of" lists, but definitely deserving.

Overall, I like the list. It's not the same as my list would be, with a few games added that I didn't care for and a few missing that I rather enjoyed... but it's a solid list of games and none stick out to me as obviously being sub-par.

This list reminds me I really need to play Ghost Trick, Picross 3D round 2, and Fire Emblem: Awakening. For the record my number 1 is Donkey Kong: Tropical Freeze.