If everything in my dreams comes true...

The following is a work of fiction and does not reflect any insider knowledge on behalf of NWR. Any similarities to the final product to be released later this year are completely coincidental.

The last home console release of a Star Fox game was back in 2005 on GameCube, so the announcement of Lylat Alliance on Wii U brought about a great celebration from fans of the series. Any fears that the concept of talking animals flying expensive spacecraft would appear goofy in 2015 can be relieved. Miyamoto and the EAD5 team (in collaboration with Retro Studios) got around this potential pitfall by wrapping the whole game in a Saturday morning TV show vibe, which in part reminds me of the classic puppet series Thunderbirds. Each level starts with a short cut scene, usually involving a secondary character from the series getting into trouble with Andross’s forces. The characters animate with amazing expression and they genuinely made me chuckle a few times. Ultimately the story elements achieve their purpose, inform you about the mission ahead, and get you psyched up in a way that makes you think, “buckle up Star Fox team, we’ve got work to do!”

The mission variety between all these episodes has to be commended. There are multiple stages where you pilot the Arwing, Landmaster, Blue Marine, and the new Foxcopter.. The vehicles used in previous titles have new features utilizing the GamePad including rear-view, below-view, and cockpit views which are standard across all of them. However the new Foxcopter allows control of a robot scout when in hover mode, allowing you to pick up items and rescue characters from within buildings without the need for any of the on-foot levels that plagued previous Star Fox games. In fact, outside of the level select lounge area, you never directly control the Star Fox crew, which is a huge relief in this reviewer’s opinion. It should also be noted that a second player assist mode is available for local co-op play. While playing assist mode one player controls the vehicle with a Wii U Pro controller (Wii Remote and nunchuck also supported), and the other can aim a secondary turret using the gyro in the GamePad. The secondary turret has less power than the main weapons, but can be very useful for smaller enemies or when some sneak behind you in “all-range” levels. 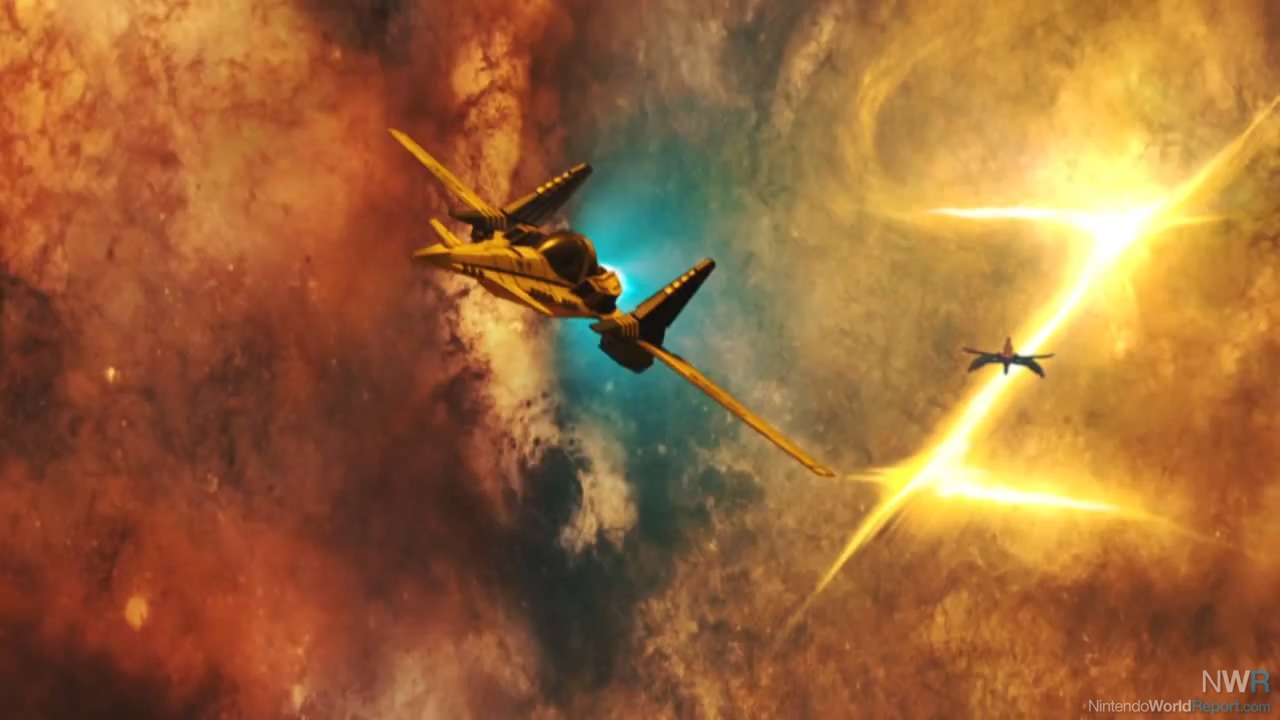 The levels compromise of the traditional forced-scrolling levels, in addition to the aforementioned all-range levels introduced in Star Fox 64. All of the Foxcopter levels are of the latter variety and are among the most unique and interesting in terms of level objectives. As an example, one of them has Fox steering the scout robot inside a security building to reconfigure some turrets, after which you have to defend the base from a surprise attack using the GamePad touch screen to switch between guns. Turns out that the Project Guard tech demo from E3 2014 was indeed destined for greater things.

The single player content is slightly meatier than what was found in Star Fox 64, albeit presented in a different, more manageable way. This makes the inclusion of the online multiplayer modes an impressive addition to the overall package. First up is “Battle Simulator”, which allows up to 4 players to choose a character and a vehicle and engage in dogfights. Nothing much has fundamentally changed from the battle modes in 64 3D, although you can now play against random people and the addition of voice chat in friend matches is a first for the series. A hilarious addition is the option to create your own “death scream”, a 3 second audio clip you record on the GamePad. I can see why this is disabled for random matches though, as the opportunity for obscenities is too tempting! The “time bomb”, a new item addition for this Wii U entry, makes for some hilarious moments as you freeze time and take out your friends with ease.

The best online mode by far however is “Wave Attack”.In this mode you fight against increasingly large swarms of enemies on the single player levels while your scores are automatically uploaded to an online leaderboard. All your score data for online modes is saved to your “Cornerian Cadet Profile”, which can also be saved to any Amiibo from the recently-released Star Fox range. Building up your score unlocks new skins, levels, and character for use in the multiplayer modes. 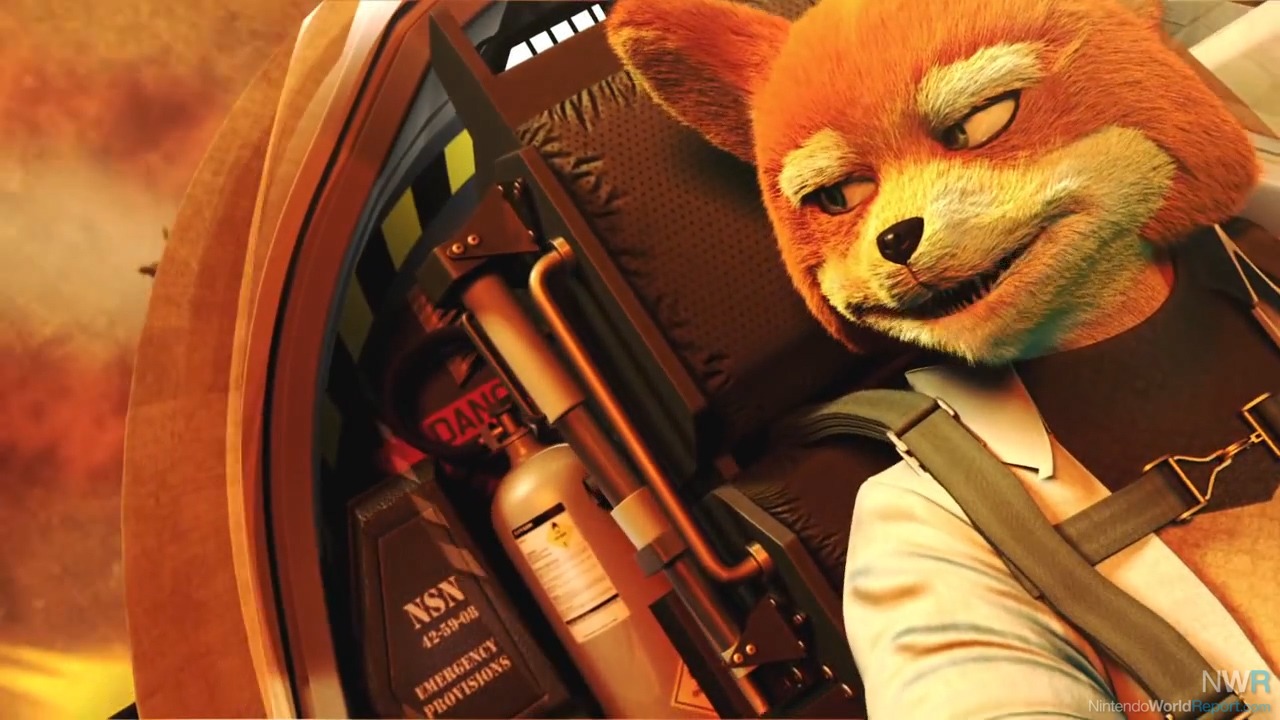 However, the fun factor increases exponentially when up to 3 friends join you. The missions are adjusted depending on the player count, meaning some objectives require simple blasting, while others coordination and cannot be achieved by firing away on your own. My favorite example so far was in defending a base, two guys were shooting at a boss slowly approaching from above, another guy was in the base controlling the turrets, while I picked off smaller ships around the perimeter. Failure to coordinate resulted in the base exploding within minutes. Good teamwork resulted in (virtual) high fives all around. Note that there is also a local online mode for 2 players that works similar to that found in Mario Kart 8, however the second player will need an Amiibo if they want to sync their data back on their game.

The final online mode is found in the single player story mode where you and one other friend can play through together as two members of the Star Fox team. The second player, who can choose either Peppy, Falco, or yes, even Slippy, can join you in the story mode to shoot up some Andross thugs. A button on the GamePad also allows the second player to switch to being the co-pilot of player one (who always has to be Fox). This puts them in the turret or scout robot position at times when you need it most. This is great for when you don’t have anyone locally to help you out, and again only works thanks to the voice chat integration.

Overall, it seems that Nintendo has really gone all out to make sure that one of their most seminal franchises has been brought back for a whole new generation. Now just take my money and give me DLC episodes!

Anyhoo, I see the game as a mix of the two. Graphics will be good but not great or inspired, there will be online that will be neutered classic Nintendotm style, several different vehicles to play which will range from really cool to gamepad gimmick,  and some levels will be fresh and exciting with others tired and worn out.

I'm still excited for it and definitely hope it veers more towards the heaven side (and some other good sides not thought of).

I'm starting to feel that the second mock review, "Hell", is probably the most-likely kind of review we're going to see when the game is done.  I've waited too long for a great follow-up to Star Fox 64, but I don't think Nintendo's going to really give me what I really want.


I hope I'm wrong, and that whoever's in charge really knows what they're doing. I'll keep my fingers crossed and hope that the next Star Fox game surpasses Star Fox 64 in every way and truly outshines the rest of the games as the best in the series.

Also, why have amiibo used for online play?


For co-op, why not have each player choose a character, Fox, Slippy, Falco, Kat, Krystal, etc., with more more enemies on screen, so that you'll have to work harder as a team to help one another?


Have you ever played the Silkworm/SWIV (Firepower 2000) series?
Those shooter that allowed two players to play together with one player as a tank/jeep and the other player as a helicopter.  The helicopter only fired straight ahead, but was able to fly over everything, while the tank had to drive and jump around and over obstacles (including things like using bridges).  This sort of idea could be used in Star Fox, with with each player having their own screen or with a player having their own full screen on the Gamepad.


Ever since Star Fox 64, I've wanted to be able to play a full game from start to finish together with another player.  They could have it so some levels will require the use of an Arwing when you're in space and the submarine when underwater, but for other stages on land, they should allow the player to choose weather they want to fly in an Arwing, or drive on land in a Landmaster (like the Jeep and Helicopter in Silwork/SWIV/Firepower 2000).

Let's face it, all of our ideas for co-op and online play are going to be better than what will be in the final game...

But I hope I'm wrong of course!