Mario Does Not Wear Suits; He Transforms

According to Nintendo, Mario transforms into his outfits, he doesn't wear them. 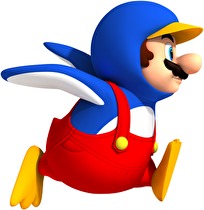 For years, I referred to various Mario power-ups as Tanooki Suit, Frog Suit, etc. Was this truly always the case? I asked the rep if this had to do with PETA. "No," she said. "It's always been that way." And then she highlighted the fact how fans have run with the suit terminology.

Naturally, I went and checked to see if Nintendo mentioned suits in any of their previous games (thanks Mushroom Kingdom). Super Mario Bros. 3, which introduced the concept, refers to the Frog Suit and Tanooki Suit in the manual. However, they both say that "Mario changes into [the suit]." Super Mario Bros. 3 on the Wii Virtual Console and Super Mario Advance 4 still refer to the "transformations" as Frog Suit, Tanooki Suit, and Hammer Suit.

Super Mario Bros. 3 seems to be the worst offender of the suit references, as the Nintendo Power strategy guide refers to suits all over the places, but with more detail than the manuals. There's the P-Wing ("A high-powered Raccoon Suit, it lets Mario fly at will for an entire stage, or until he gets hit."), the Frog Suit ("Get ready for aquatic action with the Frog Suit. It lets Mario swim like a frog and leap like one, too."), the Tanooki Suit ("This fuzzy brown suit gives Mario all the powers of Racoon Mario plus the ability to turn into Statue Mario!"), and the Hammer Suit ("The Hammer Bros. Suit is a crafty outfit; the Hammers he throws are powerful, and the shell is fireproof!").

Here's a quick list of how other games refer to the suits/transformations:

So it seems like Nintendo's company line isn't entirely accurate, as back in the '90s, suits were a common reference point for a variety of power-ups. Lately, they seem to be eschewing that, though the Penguin Suit lingers as one big, glaring hole in their plan. Outside of that and one token line of copy referring to Mario suiting up, it seems like all he does is transform these days.

Super Mario Bros. 3 seems to be the one game where suits were a focus. Even in recent interviews, Hammer Mario, which was in Super Mario Bros. 3, still has to get a Hammer Suit to transform. Still, there is tiptoeing around saying the Tanooki Suit, as that same interview purposefully never refers to a Tanooki Suit.

However, Mario Tennis Open has several unlockable costumes that look like they very well could be suits. So, to summarize, I guess Miis can wear suits, and Mario can only transform in Nintendo's eyes. 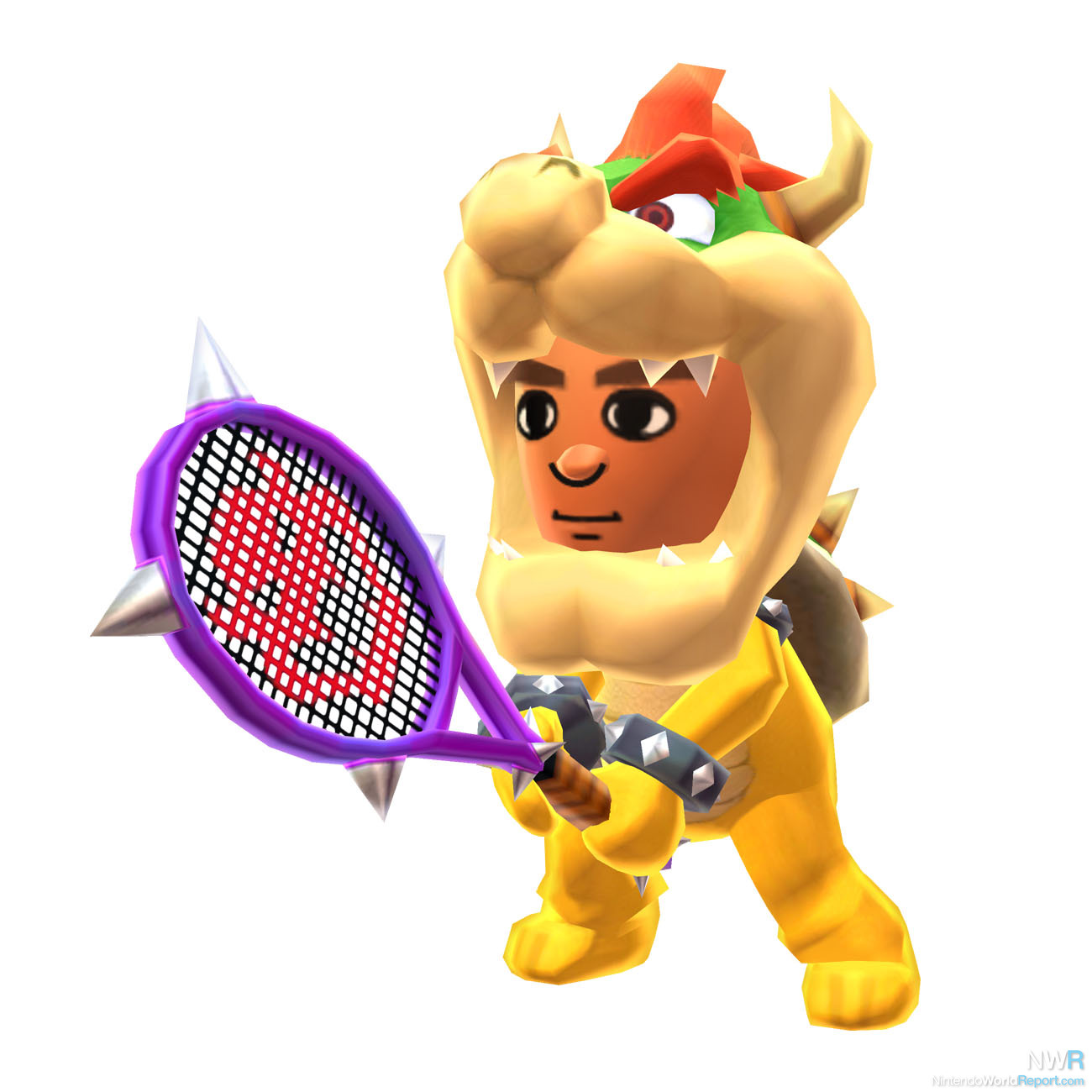 Yes, it probably is due to the PETA nonsense. which is why in europe and japan they continue to not give any fucks.

You forgot an image in this article.

Which is ironic since PETA then came out and say "Oh LOL  we are just f*cking with you guys :p ", not even THEY were completely serious about it...

Regardless of what Nintendo reps may say, the Majority of Mario's power-ups are clearly suits.

Sure, there are exceptions like Star Mario and Boo Mario, which actually change Mario's physical appearance, but even if you were to take the pictures that Neal has provided, you can clearly see the marks of the Seamster's stitch patterns. They're suits.

Don't PETA have better things to do than complain about virtual suits that may or may not be made out of virtual turtle shell or virtual fur?

Wearing the penguin or tanooki suit transforms Mario into penguin or tanooki Mario. How are suits and transformations exclusive? To me, it kind of depends. The penguin suit, tanooki suit, frog suit, and boomerang Mario are clearly power-up suits that grant Mario super abilities. Whereas the raccoon tail, bee Mario, and flying squirrel power-ups seem to be legitimate physical transformations. When Mario uses a super mushroom, it transforms him into Super Mario. When Mario uses the penguin suit (which actually looks like a penguin, unlike an acorn or a leaf symbol) he literally “suits up” and transforms into penguin Mario. Every power-up is technically a “transformation”, but that doesn’t negate the fact that the power-up is a “suit”. Also, Nintendo was never going to say “Yeah, we changed it to transformation because of PETA’s attempt to slander us in exchange for 2 minutes of bad publicity.”

I love the fact that we're actually talking about this. Man, Nintendo fans be crazy!

How many frogs would Mario have to skin to actually make a frog suit?

It could be that these booth reps just don't know 100% what they're talking about.  At least, I hope that's the case when they say no black Wii U at launch while the system images on the official site are of the black version.

She wasn't a booth rep.

Mario reminds me of an Aztec Jaguar Warrior. BTW, that would be cool if they added Jaguar suits (or transformations, if that is more politically correct) and then Mario can ritualistically slaughter his foes and cut out their hearts with an obsidian knife as an offering to the gods.

Here's a thought:  When you use the imagery of "transformation" you're able to conveniently skip over the idea of Mario stripping out of his clothes, being a naked fat Italian plumber, and putting on another suit.

And here's a more disturbing thought:  What does Mario look like naked?

I can understand why Nintendo would rather go with "transformed."

And here's a more disturbing thought:  What does Mario look like naked?

Yes, it probably is due to the PETA nonsense. which is why in europe and japan they continue to not give any fucks.

Though it's because of Europe that gambling was taken out of Pokemon games.

As for Europe/Japan "not giving any fucks," well, they seem to give the same amount of fucks at Nintendo of America. Even in the original Japanese, it's Tanooki Mario for Mario 3D Land, not Tanooki Suit. Europe mentions a Tanooki Suit in some press materials, though. Japan does not. Even the Iwata Asks playfully dances around actually calling it a Tanooki Suit.

It generally seems like Super Mario Bros. 3 is Nintendo's suit-iest game, with a few cursory mentions of suits in later games, like the Penguin Suit. Their message is mixed, but it seems like the transformation angle is how they've gone with most recent Mario games.

Part of that is just because of the power-ups they've chosen to use. At least New Super Mario Bros. U has a nut power-up. A bunch of different types of mushrooms and flowers was getting old.


...yeah I reused that joke from email, who cares?

You could have at least reused a good joke from the emails.

Super Mario 3 is a stage production, remember? Of course they are suits in that one