Do we really need another old school Kid Icarus on the 3DS? 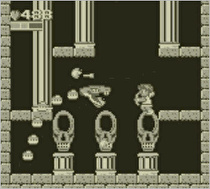 It is a relatively strong week for the eShop in Japan this week. Let’s take a look at the releases:

A new video was thrown up on the eShop this week as well. A new two and half minute long video for the upcoming 3DS Harvest Moon title in Japan title, Bokujō Monogatari Hajimari no Daichi (Harvest Moon: The Land of Origins). The video shows how the players can fully customize their farm by arranging where they want to put things like their house, customize your character (hair, eyes, etc.), and also the ability to ride animals for getting around faster. Gamers in Japan can expect the game to arrive on store shelves on February 23.

When I heard that another Kid Icarus title was coming to the eShop in Japan, like many of you out there, I remained indifferent. I have never been a huge fan of the series and honestly do not understand the cult following the original title has gained over the years. For whatever reason, I decided to take a chance this week with the sequel. Originally released on the Game Boy in North America and Europe in 1991 and 1992, respectively, Kid Icarus: Of Myth and Monsters never saw a release in Japan, so this is the first time gamers here officially have a chance to play it.

For those of you interested in this game, be sure to ask yourself one very important question – Did I enjoy the original Kid Icarus? It doesn’t matter whether you played it on the Wii Virtual Console or picked up the 3D Classics re-release, the fact of the matter is that if you don’t like the original game, there is a great chance that this sequel is not going to be to your liking either. It seems to be a little bit easier than the original title, but not by much. Also, a noticeable difference this time around is the sprite work, which has larger Pit and enemy designs. The levels are also a little bit shorter and can be easier to navigate. Oddly enough, there are some doors and rooms placed throughout the levels that are essentially a waste of space. One door I entered simply informed me, “You must train harder, Pit.” It is possible that I was completely missing something about that room, but from what I could tell, it just seemed pointless.

In the end, I just don’t enjoy Kid Icarus games. If you are in the same boat as me, don’t think that this title will change your mind. Your 400 yen (or however much it costs in your territory should the game come out) can be better spent elsewhere. If you are in Japan and are interested in something wacky and a lot more fun, I would encourage you to think about picking up Denpa Ningen no RPG. You can read my impressions of the game here and even download the demo for yourself (if you have a Japanese 3DS) to see if it’s something you could get into.

Addiction and the subliminal messages from your weekly dates.

Lol yeah, you were totally missing something about that room where you were told you have to train harder: if you had had enough "secret points", Zeus would have awarded you a power arrow; unluckily you have to work harder to get one (kill more enemies without getting hit by them, get more hearts...)  ;D

(as for me, I love that game... it was the first game I ever owned as a child, and it was definitely hard for a beginner, but when you understand how it works it actually becomes relatively easy to beat)

agricoloa, to be fair, I really do think the Of Myths and Monsters is significantly easier than the original game. Heck, I'd even say it's more enjoyable, too. Since the first time I played the series was in 2007 or so, I have no nostalgia for any of these games.


Thanks for sharing about the "secret" points, though. I figured there had to be SOME POINT to the room!