The Music of GameCube

The Cube saw a generous helping of great music in its time. 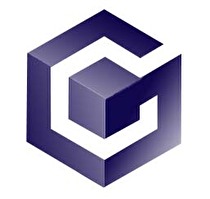 As is the case with each generation of consoles, the GameCube had a full library of games with exemplary music. In our ongoing celebration of its tenth anniversary, we're taking a good, hard look at—and a listen to—some of the best soundtracks on the system.

Well-known composer Yuzo Koshiro’s score for this hybrid monster creator/mini-game collection complements with a host of breezy yet punctual tracks. The layered melodies are short and sweet, but often come on the back of a driving, semi-electronic beat that gives the whole thing an appropriately mishmash-y composure.

It’s always a beautiful day in the Animal Crossing neighborhood, and even with so many activities to partake in, there’s an appropriate tune for just about everything. The folksy charm it embodies so well comes through in the diversity of its sometimes jazzy, sometimes pop-y, always relaxing soundtrack, as well as the cross-genre talents of local musician K.K. Slider—an animal personification of composer Kazumi Totaka.

While it’s often too easy to write off a lot of RPG music for its banality and lack of musical depth, Baten Kaitos—through composer Motoi Sakuraba—achieves quite the opposite. Each track is embodied with the same depth of feeling and musical detail, regardless of inherent intensity or style, and the result is a consistently rich flow of aural enjoyment.

Beyond Good & Evil’s soundtrack is home to a bracingly eclectic grouping of genres and tones, which somehow come together in a Legend of Zelda/world percussion/ hybrid. It’s soft and introspective when it needs to be, but also brings the rhythm and bombast when the moment is just right.

Billy Hatcher and the Giant Egg

A game based around rolling and manipulating giant eggs just screams for a soundtrack dripping with whimsy, a requisite Billy Hatcher’s fills thoroughly. Though most tracks bounce along with kinetic glee, the music as a whole refrains from slipping into the realm of overwhelming, unapproachable cuteness.

For such a relatively simplistic and innocent game, Chibi-Robo! has a surprisingly deep, layered aural component. Ranging in tone and style, the music can slide from bouncy and carefree to melancholy, funky, or relaxing in the space of just a few tracks.

The soundtrack to this esoteric curiosity is anything but. Featuring a heavy emphasis on top-notch piano, string, and horn arrangements, it provides a pleasant contrast of sorts to the quirky goings on of the game.

Mario Mix is certainly one the plumber’s more eccentric departures, but there’s no debating the effective and reverent injection of the many of the series’ classic songs—including more than a few lesser known tunes—into the traditional formula of this dance game.

A deep, dark drone acts as the undercurrent to much of Eternal Darkness’s ominous score. It might be crisp and eloquent at times, but in the proper context it’s downright chilling.

There’s a gypsy-like simplicity in Crystal Chronicles’ soundtrack that distinguishes it from typical RPG fare. Its echoing percussion beats and wispy woodwind melodies evoke a unique closeness, and added innumerably to the overall composition.

Fire Emblem’s hard-edged strategic gameplay is matched by the striking nobility of its music. The powerful orchestral composition, while certainly grandiose, is hardly devoid of emotion.

The music of the F-Zero series has seen a gradual increase in, among other things, ridiculousness and awesomeness. While GX eschews the butt rock of F-Zero X for a smattering of more hard-edged pop metal, the over-the-top soul of the soundtrack is still safely intact.

DDR Mario Mix is to this day my Favorite DDR and I've played more then my share.  Though its also one of the easiest DDR but, the Story Mode is fun.

Man, this brings back playing my Cube.  I did love that system.  More then my Wii definitely... To this day I still buy Gamecube games.  This year I've bought more of them then Wii Games.

Eternal Darkness was a great game, especially because of the atmosphere created by the sound.  Harvest Moon: A Wonderful Life had such great graphics and music, it was a shame that the gameplay wasn't more intriguing.  Skies Of Arcadia was probably my favorite Gamecube game between the great gameplay, the awesome world to explore, and the great music.  Wind Waker's music was a perfect compliment to the graphics.

My favourite Cube track is the Fountain of Dreams from SSB Melee.  They took the Gourmet Race music, which is incredibly goofy and turned it into an epic.  It would fit some Lord or the Rings style fantasy like a glove and it's from KIRBY!

Awww, no Wave Race: Blue Storm?  There were some really cool tracks in that game.