Having originally released on PSP ten years ago, Floating Cloud God Saves the Pilgrims arrives on Switch via the Floating Cloud God: Anniversary Edition. Its developer, Dakko Dakko, will be most familiar to Nintendo fans via their notable Wii U eShop release, Scram Kitty and His Buddy on Rails. Floating Cloud God combines a horizontal shooter with elements of something like Lemmings to create a unique experience. 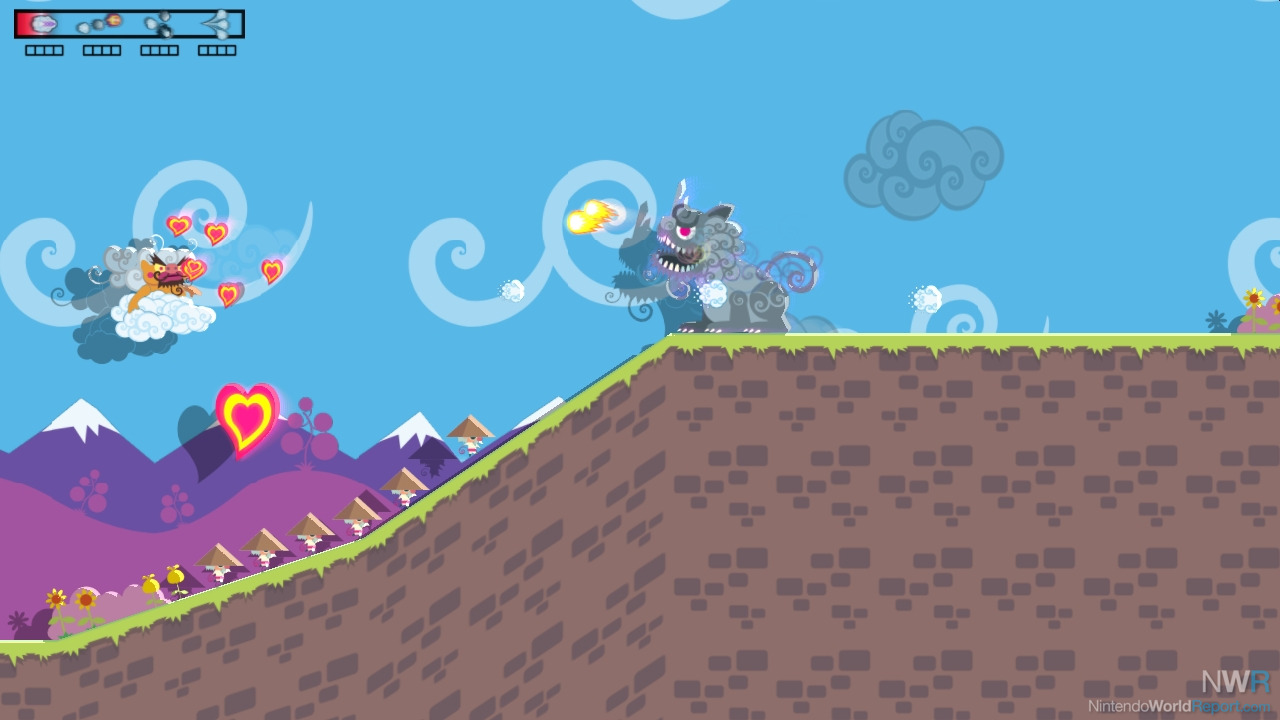 You play as the titular Floating Cloud God and must defend your loyal worshipers as they set off on a pilgrimage to reclaim their stolen statue in your likeness from evil demons. As you fly through each level, your pilgrims will follow along on the ground. Your goal is not only to reach the end of the level and defeat the boss, but to keep as many pilgrims as possible safe along the way. Oftentimes simply dodging enemy fire won’t be enough, as anything that makes it past you has a good chance of hitting your pilgrims. For each threat you neutralize, be it enemies or projectiles, your pilgrims will drop hearts. As you pick up hearts your love meter will fill, which can be used to upgrade your abilities or provide a temporary shield to your pilgrims. A single hit will kill your pilgrims or you. A pilgrim dying means fewer hearts being dropped for you to pick up. If you die, your upgraded abilities lose a level. Pilgrims also carry over from one level to another, so scraping by at the end of a level will often leave you in a rough spot for the next one. 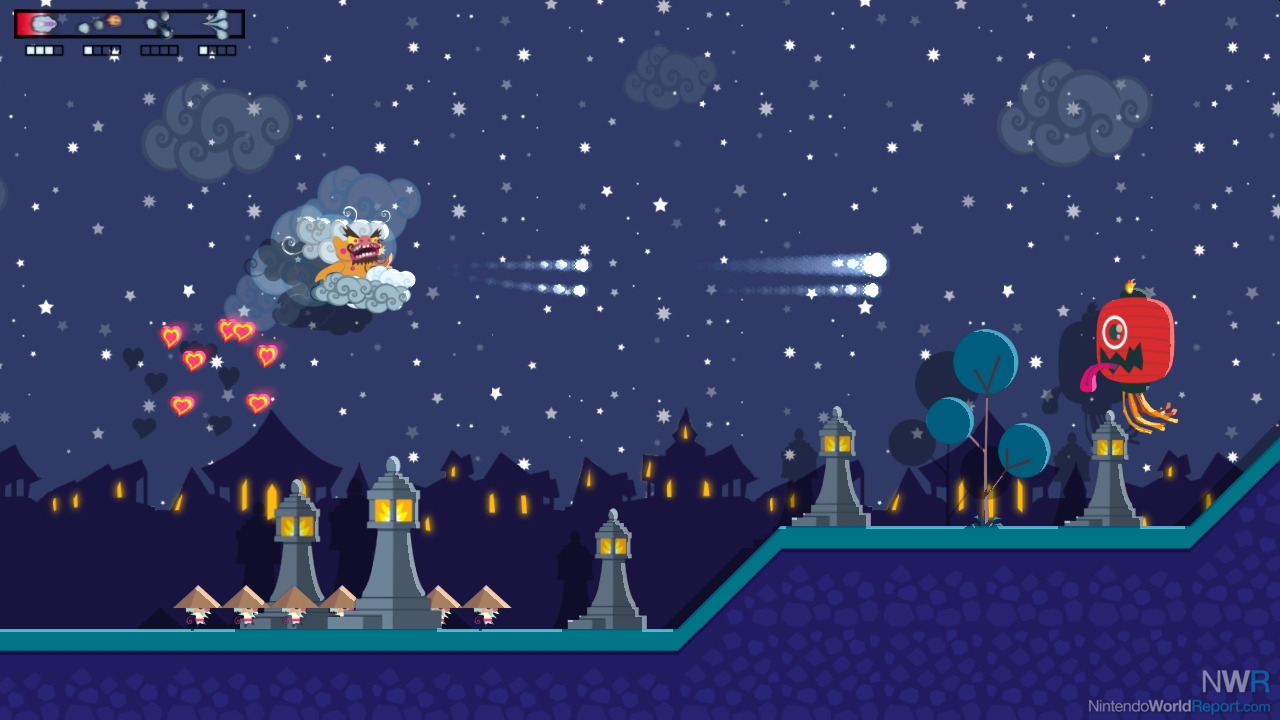 Floating Cloud God is not a forgiving game, and some bosses can put up a real challenge. Oddly, the second boss in particular is one of the more difficult in the game. It isn’t that he has a difficult attack pattern, merely that his window of vulnerability is short and always in motion. You can make him more vulnerable but realizing exactly how to do that isn’t immediately obvious. Once you make it past him, however, the rest of the bosses are fun, inventive, and often make unique use of your limited abilities. At any time you can also rewind back to a previous level to attempt to clear it with more pilgrims, potentially giving you more resources on later stages.

The transition to Switch is mostly smooth. Floating Cloud God’s clean, bold art was originally designed for handheld play, but holds up great on a TV as well. I did notice some mild performance hiccups in later stages if you managed to get a full party of pilgrims dropping a whole bunch of hearts as a barrage of enemy fire came flying in. It wasn’t common, but it was noticeable when it did happen. Overall, Floating Cloud God: Anniversary Edition is a great version of a great game. While a somewhat harsh initial difficulty curve may scare off some, it is worth pushing through for some enjoyable boss fights, and for the good of all those tiny pilgrims.