It’s a visual novel, and we HEAVILY emphasize the novel portion.

Of the hundreds of visual novels on the Switch and the dozens I’ve played, all of them have had some form of interaction: be it investigations, minigames, or even just the occasional dialogue tree. Witch on the Holy Night is unusual in that it’s taking the genre name literally - it’s a 12 chapter novel with high resolution graphics, full voice acting, and no discernable gameplay beyond changing how text is displayed. It has a lot of history, inspiring fighting games and an entire multiverse including the world’s leading anime gacha game, but your tolerance for the “game” is going to depend heavily on your ability to just use your Switch as a book reader.

The story of Witch on the Holy Night is set in an alternate Japan in which magic is legal but is kept highly secret in order to prevent its overuse or abuse. The focus is on three characters - hotheaded witch / high school student Aoko Aozaki (who you may recognize from Melty Blood: Type Lumina), her mysterious witch housemate Alice Kuonji, and transfer student Soujuuro Shizuki who catches the first two practicing magic in what was supposed to be an empty park. After an extended combat sequence (which takes up most of the fifth chapter) Shizuki is taken back to the home of the girls while they try to determine how exactly to deal with this person shattering the masquerade. It is an interesting story, with the main trio of characters being interesting and unpredictable compared to their first impressions. The story can feel overly long; it’s on the longer end of visual novels I’ve read at about 25 hours (acknowledging I’m a relatively fast reader) and in its original written form had somewhere between 350 and 400 pages of Japanese text. 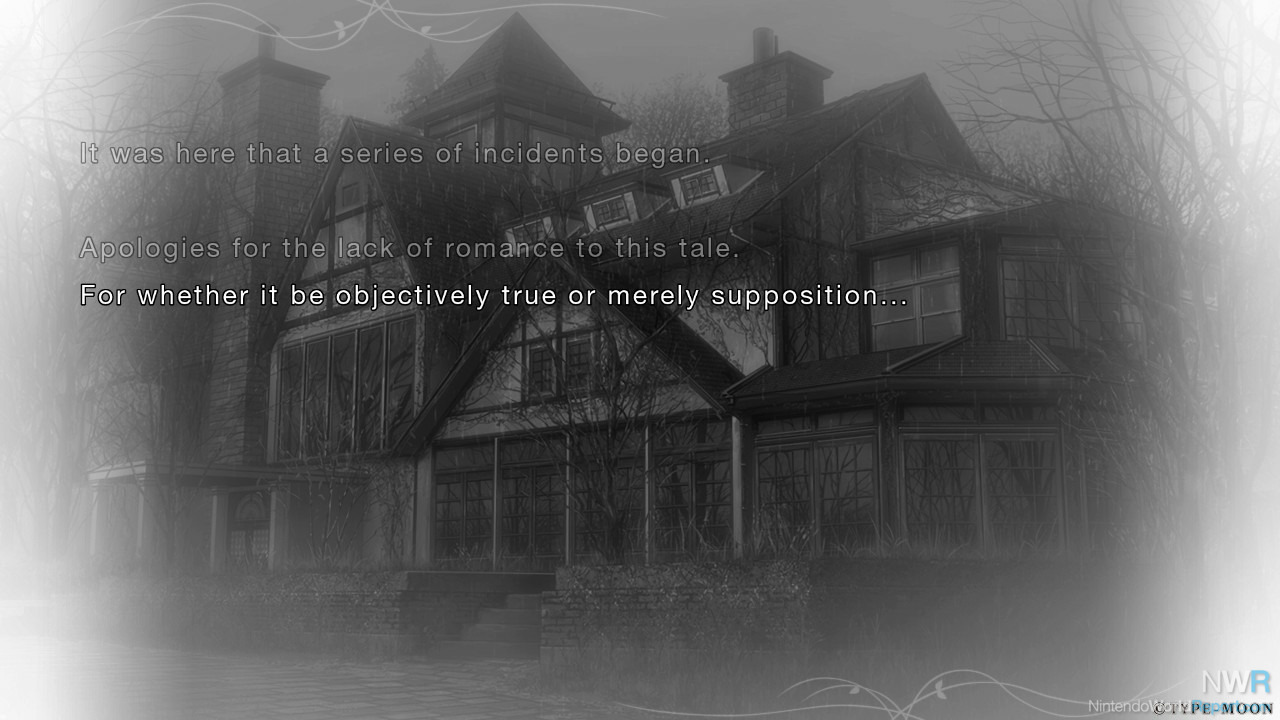 This is how the internal monologue looks, for the record.

The other major defining future of Witch on the Holy Night is its size - it’s a hair under 20GB, and is the largest single file on my system right now including fully DLC’d Monster Hunter Rise and Xenoblade Chronicles 2. (One other comparison is that it’s bigger than the entire Danganronpa Decadence collection. This includes the board game.) This is due to a combination of every line of dialogue being voiced (Japanese only) and constant switching of “camera angles” or perspectives with graphics that are quite high resolution for a Switch game. The thought of bitmap image formats being used for this springs to mind. Most of the text is well translated; although a few typos were present, over (rough estimate) 350,000 words they weren’t occurring frequently enough to be a concern. It’s about the low end of an average rate for the Aksys/Otomate romance novels.

If you’re going to get into Witch on the Holy Night, perhaps while waiting for someone to tie George R. R. Martin to a chair long enough to finish off their magnum opus, it’s going to be a commitment. 20+ hours of either nudging an analog stick to stop the system from going into screen saving mode or jamming A will get you a well-written story that sets up a lot of things for the future.

I'm just waiting for my copy of the physical limited edition to come at the end of January!