Many, if not most of you dear readers probably played SteamWorld Dig several years ago when it came to the 3DS. If not there, then perhaps one of the ports released on just about every other concurrent digital store at the time. I liked, but did not love, SteamWorld Dig back then, and I have not gone back to it since that initial release. But now, inevitably, Image & Form's original subterranean platformer has been released on the Switch. Have my feelings changed? 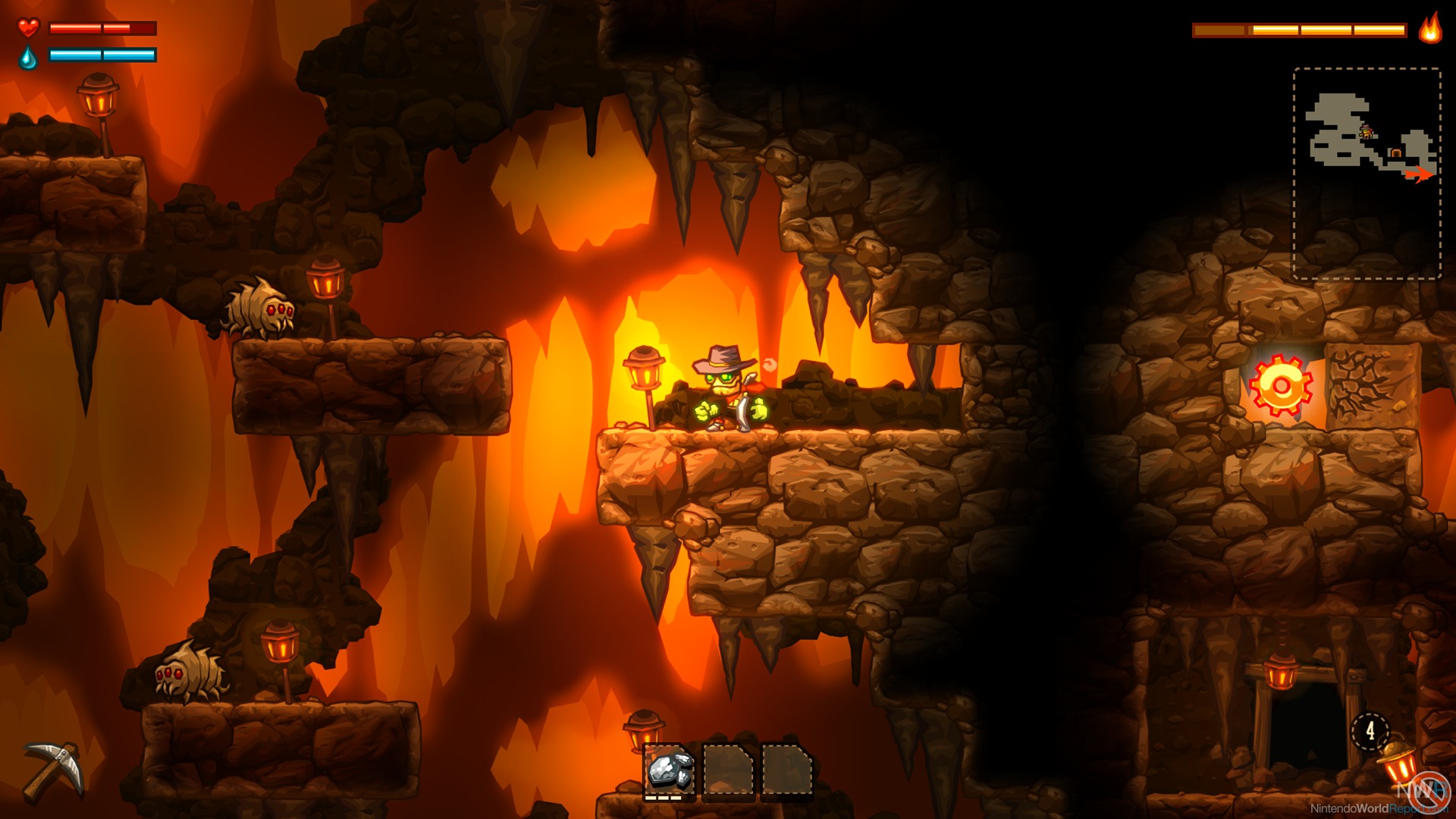 Well, sort of. The game’s “overworld” is a vertical shaft which you must dig through via pickaxe or (later) drill bit. The gameplay loop is pretty engaging: pick your way down to a goal area while collecting gemstones of varying values and avoiding or killing enemies. Eventually your bag will be full or your lantern will run out of light, so you’ll have to find your way back up the shaft and emerge in a dusty desert town in which you can trade gemstones for money, and trade money for better equipment. And then back down the shaft you go, using that equipment to carry more gemstones, smash harder rocks, and generally stay down there longer.

Special rooms switch things up from time to time, giving you a puzzle to work through. Many of these shafts include a brand-new part, like running shoes or the aforementioned drill arm. SteamWorld Dig gets some of its DNA from Metroid, but not as much as I’d like. Journeying back to previously-explored rooms will occasionally reward you with a previously-inaccessible gemstone but very rarely more than that.

Getting back up the shaft can be kind of tiring, but well-placed teleporters make the journey back to town less arduous. Your part upgrades will cost more and more, and most will eventually require blue orbs (rarely found) as well as cash. I would warn against spending your hard-mined loot on anything disposable or limited use, as you may wind up short on funds for the best stuff later on. The game looks and sounds great on the Switch screen and my TV, for what it’s worth.

My main problem with SteamWorld Dig is that, apart from the puzzle rooms, there’s not a lot of meat on these bones. Second, I recently played (and perhaps you did too) SteamWorld Dig 2, a game that blows its predecessor out of the water in every possible respect. However, it’s interesting to go back to the original after playing its sequel, because you can see how the core gameplay evolved. I like SteamWorld Dig; I just like SteamWorld Dig 2 more and that fact, maybe unfairly, winds up hurting the former. It’s definitely worth playing, though, on whatever system you have that it runs on.